Now that so many sad truths about Afghanistan are being spoken aloud, even in the major media - let me add one more: The war, from start to finish, was about politics, not in Afghanistan but in the United States (US).

Afghanistan was always a sideshow. According to the official report, the 11 September 2001 terrorist attacks were launched from US soil, by people who trained in Florida.

Most of the named perpetrators were Saudis. Al-Qaeda leader Osama bin Laden had made his base in Afghanistan after leaving Sudan; soon he went on to Pakistan, where he stayed for the rest of his life. Afghanistan’s Taliban rulers were not accused of having been involved in the 9/11 attacks.

But the 2001 invasion was fast and apparently decisive. And so it rescued George W. Bush’s tainted presidency, which was teetering just then from a defection (by James Jeffords of Vermont) that had cost Republican control of the Senate. Bush’s approval shot up to 90 percent and then steadily declined, though two additional boosts - following the invasion of Iraq in March 2003 and the capture of Saddam Hussein in December - got him, barely, through the 2004 election.

American voters are not alone in rewarding quick, easy, low-cost victories. But they dislike long, aimless struggles in distant mountains on the far side of the world. And they especially hate the images and accounts of the dead, the wounded, the traumatized, and the depressed. To their credit, this view appears to be unaffected by numbers; if anything, the lives of individual American soldiers become more precious, and their losses are more acutely felt, as the conflict wanes and the number of casualties declines.

In 2009, President Barack Obama inherited an Afghan war from which he had nothing to gain, but which he supported for a political reason: to balance out his opposition to the war in Iraq. Obama derived almost no benefit from killing bin Laden in May 2011; his approval rating bounced up for only a month. His best play was to keep Afghanistan out of the news, which meant not losing while seeking flashy victories elsewhere - in Libya, Syria, and Ukraine. None turned out well.

Following Obama, President Donald Trump seized on America’s souring mood toward all these splendid little wars. True, the Islamic State had emerged by Trump’s time. But ISIS made for an easy target, especially if one didn’t mind destroying entire cities (Mosul and Raqqa) with air power. Trump’s wars, such as they were, brought him nothing politically, and he knew it.

So it was Trump who negotiated the US surrender in Afghanistan, while pushing the final act into his second term - or, as it happened, onto his successor. President Joe Biden, faced with the alternative of yet another escalation, opted to take the hit and cut his losses. That, too, we will surely learn, was a decision based largely on politics. Sometimes, the domestic political calculation is also the right thing to do.

What now? From Vietnam through Southwest Asia to the Persian Gulf, the American empire has been defeated, stalemated, and worn down about as thoroughly as the British and the French had been by the early 1960s. At this point, it would take a provocation far more devastating than the 9/11 attacks to rally American voters for more of the same. Assuming and hoping that none will occur, it is now possible that the audience for interventionist cheerleaders (such as columnists Thomas Friedman and David Brooks, and policymakers Samantha Power and Victoria Nuland, among many others) will fade away.

One cheerleader, Michael Rubin of the American Enterprise Institute, contends that the fall of Afghanistan also represents the end of NATO. After all, he argues, who still believes that the US would go to war for Lithuania? Rubin is right on this point, and it is a good thing, too. The Baltic states - all members of the European Union - face no actual threat and will get along very well without NATO.

A similar calculation applies to Taiwan - to which the US has no formal military commitment - and perhaps also to South Korea, where it does. Leaders in both places may now adjust their political calculations. That could lead to long-term stabilization of the cross-strait relationship, and to a long-desired thaw on the divided Korean Peninsula. Meanwhile, in Latin America, Mexico is pushing for a region free of sanctions and built on the principle of non-interference - as well it should.

For America itself, this is the moment to acknowledge that the country’s vast and expensive military power no longer serves any purpose that can justify its cost. This is the time, finally, to demobilize troops, decommission ships, cancel orders for fighters and bombers, and dismantle nuclear warheads and their delivery systems. This is the moment to take those resources and to start addressing the real threats facing the country: poor public health, decaying infrastructure, rising inequality and economic insecurity, and a climate disaster that demands the full-scale transformation of the energy, transportation, and construction sectors.

On a visit to Moscow in 2018, a high officer of the Duma told me that Russia’s post-Soviet recovery began with the decision in 1992 to cut military spending by 75 percent, clearing the way for eventual domestic reconstruction, and even for the creation of a military force that actually meets Russia’s contemporary security needs. A similar moment has arrived in the US. Given the current American mood and the truths now emerging, to accept the world as it is might also prove to be, of all things, politically astute. - Project Syndicate 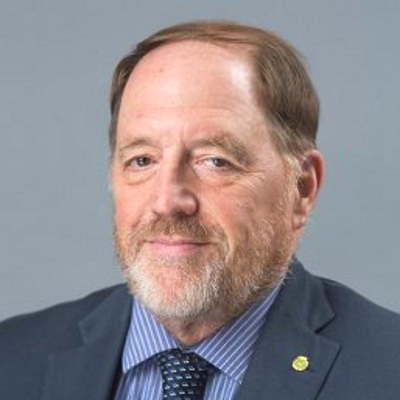 James K. Galbraith holds the Lloyd M. Bentsen, Jr. Chair in Government/Business Relations at the LBJ School of Public Affairs at the University of Texas at Austin. From 1993-97, he served as chief technical adviser for macroeconomic reform to China’s State Planning Commission.