The Davos summit of global political and business elites returns Monday after a COVID-induced two-year break to face another momentous crisis: Russia's invasion of Ukraine.The theme of the World Economic Forum (WEF), "History at a Turning Point", sets the tone for the four-day meeting in the glitzy Swiss mountain resort that will be dominated by the political and economic fallout from the conflict.When the WEF last took place in Davos in January 2020, the coronavirus was just b Bangkok Votes For New Governor In A Decade

Bangkok went to the polls Sunday in its first governor election in almost a decade, with the ballot viewed as an indicator for a national vote expected within a year.Around four million people are eligible to vote in the first major poll since Thailand's huge youth-led street protests in 2020 demanding political change and reform to the once-untouchable monarchy.But daily life rather than politics has dominated the candidates' campaigns, with the leading contenders promising to clea Centre-left leader Anthony Albanese claimed victory in Australia's general election Saturday, as voters angered by climate inaction pulled the plug on a decade of conservative rule."The Australian people have voted for change" said the 59-year-old Labor leader, promising a less pugilistic form of leadership and a raft of reforms to make the country fairer and greener.With almost two-thirds of the votes counted, Albanese was set to lead the largest party in parliament, but had y 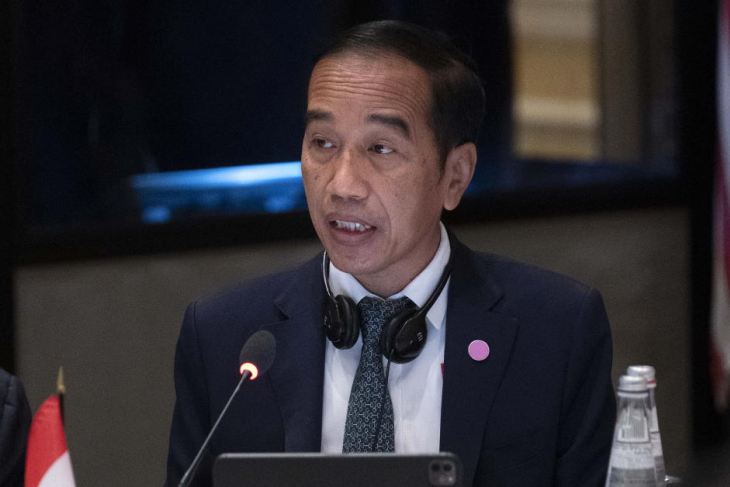 Indonesia will lift its ban on palm oil exports next week, President Joko Widodo said, relieving pressure on the global vegetable oil market after prices spiked because of the suspension and the war in Ukraine.The archipelago nation issued the ban last month to secure supplies of the commodity, used in a range of goods from chocolate spreads to cosmetics, in the face of a domestic shortage."Based on the supply... Here are the latest developments in the war in Ukraine:Russia Homes In On Lugansk&nbsp;Russian Defence Minister Sergei Shoigu says Moscow is nearing full control of the separatist region of Lugansk in eastern Ukraine."The liberation of the Lugansk People's Republic is nearing completion," Shoigu says.After some 2,000 Ukrainian soldiers surrendered at the besieged Azovstal steel plant in the port city of Mariupol, now under Moscow's control, Kyiv orders its remaining tr North Korea is grappling with the spread of COVID-19 in an unvaccinated population, without access to effective anti-viral drugs.In early 2020, the country sealed its borders to try to insulate itself from the pandemic.Its leadership has so far rejected outside medical support.And state media has recommended traditional treatments to deal with what is referred to as "fever".Hot DrinksFor those not seriously ill, ruling-party newspaper Rodong Simnun recommended remedies including gin Nobel laureate Jose Ramos-Horta was inaugurated as East Timor's president on Friday, pledging to break a longstanding political deadlock in Southeast Asia's youngest country as it celebrated its 20th independence anniversary.The former Portuguese colony, which became independent from Indonesia in 2002 after 24 years of occupation, marked the occasion with a concert and fireworks for thousands in the capital Dili.The 72-year-old revolutionary hero, himself a former president of East The World Health Organization (WHO) on Thursday gave the green light to Chinese manufacturer CanSinoBIO's COVID-19 vaccine – the ninth jab to get the WHO seal of approval.The WHO granted emergency use listing (EUL) authorisation to the single-shot Convidecia vaccine as China battles a resurgence of the virus triggered by the Omicron variant.It is the third Chinese-made vaccine to be approved by the United Nations (UN) health agency, after Sinovac and Sinopharm.Convidecia was found to hav The Return Of A Marcos To Power Is A Warning

Last week, Adarna House – a publisher of children’s books in the Philippines – posted on social media about a discount it was offering: 20 percent off on a #NeverAgain book bundle. The selection includes Ito Ang Diktadura, the Tagalog translation of Equipo Plantel’s Así es la Dictadura, or This is a Dictatorship. Russia's invasion of Ukraine could cause global food shortages in the coming months, the United Nations (UN) has warned.Secretary-General Antonio Guterres said the war had worsened food insecurity in poorer nations due to rising prices.The world could face famines that last for years if Ukrainian exports are not restored to pre-war levels, he added.The conflict has cut-off supplies from Ukraine's ports, which once exported vast amounts of sunflower oil as well as cereals such as mai China's premier called for greater "urgency" in rolling out measures to support the virus-battered economy, state media reported Wednesday, days after data highlighted the stark impact of COVID-19 restrictions.China – the last major global economy sticking to a rigid zero-COVID policy – is battling an economic slump due to prolonged virus lockdowns that have constricted supply chains, quelled demand and stalled manufacturing."All localities and departments should step up t Finland, Sweden May Join NATO But At What Price?

For a long time, the Nordic countries saw themselves as sleekly humanitarian, peace-keeping powers.