United States (US) investigators believe someone in the cockpit deliberately crashed a China Eastern flight that suddenly plunged to the ground in southern China in March, the Wall Street Journal has reported.The Boeing 737-800 was on its way from Kunming to Guangzhou on 21 March when it dropped from its cruising altitude of 29,000 feet into a mountainside, killing all 132 people on board. 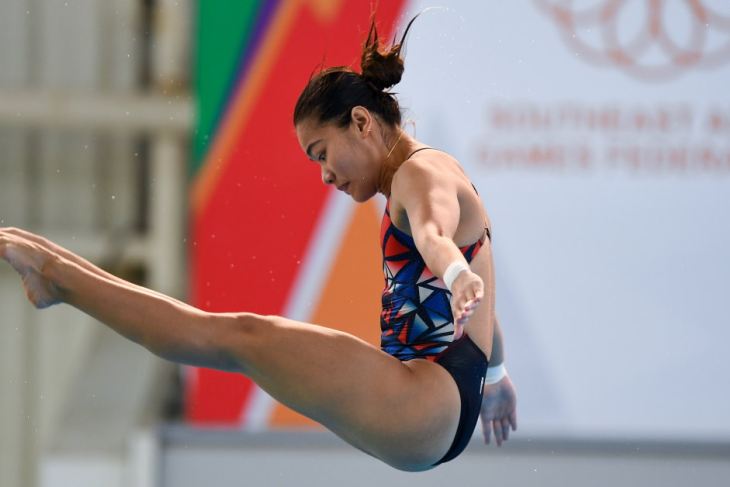 SEA Games To Light Up Hanoi After COVID Delay

The SEA Games open in the Vietnamese capital Hanoi on Thursday after a six-month COVID delay with Southeast Asian pride at stake in everything from football to bodybuilding and eSports.More than 5,000 athletes including Olympic champions are vying for over 500 gold medals in the event, which is staged every two years, in what should be packed arenas.The 11-nation Games include traditional Olympic sports such as athletics, swimming and boxing, but also regional ones like sepak takraw, an eye-c As millions of Indonesians travelled to their hometowns to celebrate Eid al-Fitr, one common struggle was being discussed in most family gatherings: the price of cooking oil.“I always host Eid al-Fitr celebrations for my big family. I cook everything for around 20 of us. Lampang has been a miner at a community gold mine in Indonesia’s East Kalimantan for more than 30 years. Even still, he does not like to talk openly about his work.“Please don’t tell anyone the name of my mine,” Lampang, who is 53 years old and like many Indonesians only goes by one name, said. Three children in Indonesia have died from a mysterious liver disease, the country's health ministry said, raising to at least four the global death toll of a fatal ailment puzzling doctors from the United States (US) to Asia.This severe strain of acute hepatitis has been identified in nearly 230 children in 20 countries, the World Health Organization (WHO) said Tuesday, raising concerns of the disease's "unknown origin".The symptoms afflicting the children include nausea, Shanghai Lockdown: The Plight Of A Deliveryman

Weeks into a strict lockdown, most of Shanghai's 25 million population continue to rely on delivery riders to bring them food and supplies. But this largely invisible workforce of 20,000 faces a lack of shelter and safety.&nbsp;Two delivery riders tell their stories.Rider 1I've been so busy. So many people need supplies. A woman was pulled out alive Tuesday from the rubble of a building that collapsed four days ago in central China, state media said, calling the rescue a "miracle".The commercial building in Changsha city, Hunan province – which housed apartments, a hotel and a cinema – caved in on Friday, sparking a massive rescue effort with hundreds of emergency responders.State broadcaster CCTV showed footage of a person wrapped in a thick striped blanket being carried on a stretcher – the ninth In a windowless conference room in Canary Wharf, dozens of mining executives, bankers and government officials are being promised unique insights into how to profit from “the deep-sea gold rush”.The hoped-for gold rush lies thousands of miles away on the bed of the Pacific Ocean, where trillions of potato-sized nodules of rare earth elements vital to power the next generation of electric cars have been discovered 4,000 metres below the surface.Mining companies are hoping that global rules to Human activities are damaging and degrading the lands of the Earth in an unsustainable fashion according to a new United Nations (UN) report.Up to 40 percent of the global terrain has already been devalued, mainly through modern agriculture.If nothing changes, then an additional area of land the size of South America will be damaged by 2050.But if lands are restored and protected, they could help contain climate change and species loss. Indonesians Flock To Their Hometowns For Eid

Millions of Indonesians were travelling to their hometowns on Thursday in an annual exodus from Jakarta and other major cities before the Eid holidays, a tradition that has been stalled for two years due to the COVID-19 pandemic.With less than a week left before Eid, toll roads, train stations, bus terminals and seaports are brimming with people excited about the yearly homecoming journey – locally known as "mudik".Indonesia's transportation ministry has predicted that 85 milli Indonesia raised the alert status for the offspring of the infamous Krakatoa volcano to its second highest level on Monday, a day after it erupted and spewed a towering ash cloud 3,000 metres (9,800 feet) into the sky.Authorities bumped the threat of Anak Krakatoa, which means Child of Krakatoa, to level three of a four-tier volcanic alert system after witnessing a sharp rise in activity in the last month with the biggest eruption coming on Sunday.They also widened the exclusion zone around t The number of coal-fired power plants in the pipeline worldwide declined in 2021, according to research released Tuesday, but the fossil fuel most responsible for global warming still generated record carbon dioxide (CO2) emissions, threatening Paris climate goals.Since the 195-nation treaty was inked in 2015, coal power capacity under construction or slated for development has dropped by three-quarters, including a 13-percent year-on-year decrease in 2021 to 457 gigawatts (GW).Globally, ther