During the pandemic, wealthy countries led the way in rapidly developing and producing COVID-19 vaccines. The same countries then bought up and administered those vaccines to their own populations, and have even ordered boosters for already-vaccinated people. Meanwhile, many developing countries have not been able to deliver even one dose to most of their populations.

Africa, in particular, is struggling with limited access to COVID-19 vaccines. As of 31 August, African countries had administered 94 million doses to the continent’s population of nearly 1.4 billion, with a total supply of 134.5 million. By contrast, the United States (US) – with a total population of 332 million – has administered over 375 million vaccine doses.

This disparity partly reflects the fact that most African countries are not able to produce the vaccines needed to protect their populations against not only COVID-19, but also the myriad other diseases that plague the continent.

Africa is home to only four local drug substance vaccine manufacturers – two more are in development – and two “fill-and-finish” facilities that rely on imported vaccine substances to produce distributable doses. Supply-chain disruptions during the COVID-19 pandemic showed just how risky this dependence on imports of critical medical supplies can be.

Africa is almost totally dependent on vaccine imports, producing just one percent of the vaccines it administers. So far during the pandemic, African countries have received most of their COVID-19 vaccine doses through either bilateral agreements or the COVID-19 Vaccine Global Access (COVAX) facility, an initiative launched last year by the World Health Organization (WHO) and Gavi, the Vaccine Alliance. COVAX aims to provide vaccines for 20 percent of people in low- and middle-income countries.

But while initiatives like COVAX are clearly needed to fulfil Africa’s short-term needs, they will do little to improve the continent’s capacity to provide crucial vaccines for itself in the future. That is why the Mastercard Foundation has pledged US$1.3 billion to support local manufacturing and distribution of COVID-19 vaccines, through a partnership with the Africa Centers for Disease Control and Prevention (CDC).

The program, which will include a focus on human-capital development, aligns with the African Union (AU) and the Africa CDC’s Partnerships for African Vaccine Manufacturing (PAVM) initiative.

Launched this past April, the PAVM aims to establish five vaccine research and manufacturing hubs on the continent over the next 10-15 years, and increase the share of vaccines produced locally for use on the continent to as much as 60 percent within the next 20 years.

The European Union (EU), in collaboration with the International Finance Corporation, France, Germany, and the US, has announced plans to invest €1 billion (US$1.2 billion) in the hub-development project. Developing Africa’s vaccine-manufacturing capabilities will not only help the continent to cope with future unexpected crises; it will also enable countries to improve the provision of existing vaccines.

According to the Anadolu Agency, in 2019 an estimated 19.8 million children worldwide did not receive the measles vaccine through routine immunisation coverage; the majority of those children live in Africa.

Moreover, these efforts will place Africa on a much stronger footing to meet demand for future public-health solutions. For example, vaccines for Lassa fever – an acute viral haemorrhagic illness that is endemic in eight countries in West Africa – are currently in the development phase.

Researchers are also getting closer to developing an effective and affordable vaccine for malaria. In 2019, 94 percent of malaria cases and deaths occurred in Sub-Saharan Africa.

Yet vaccines are only one part of a long list of pharmaceutical products to which African countries often struggle to secure access. In 2015, 1.6 million Africans died from malaria, tuberculosis, or HIV/AIDS – all preventable or treatable diseases – because of chronic drug shortages.

The implementation of the African Continental Free Trade Area (AfCFTA), by enabling the creation of economies of scale, should support progress on realising the PMPA.

As the PMPA notes, the African Medicines Regulatory Harmonization (AMRH) program, established by AUDA-NEPAD in 2009 to address regulatory weaknesses affecting Africa’s pharmaceutical industry, is also critical to its success. The program’s achievements so far include the AU Model Law on Medical Products Regulation, the African Medical Devices Forum, and progress toward an African Medicines Agency.

The AMRH program is supported by a number of international organisations, including the AU, the WHO, Gavi, and the Bill and Melinda Gates Foundation. Multilateral institutions like the AU and the United Nations Industrial Development Organization are also working with the Federation of African Pharmaceutical Manufacturers Associations, which was launched in 2013 by a group of regional associations to advance the AMRH’s mission.

Multilateral institutions and initiatives must do even more to close the implementation gap and accelerate the development of Africa’s pharmaceutical industry. This means, for example, supporting capacity-building, knowledge transfer, and cross-sector coordination; backing rigorous implementation of the AfCFTA; mobilising financial resources from international financial institutions and development banks; and cross-country collaboration to strengthen human capital.

Such efforts received a boost during the pandemic. African leaders and multilateral organisations alike must make the most of this momentum to ensure that when the next crisis arrives, Africa is ready. – Project Syndicate 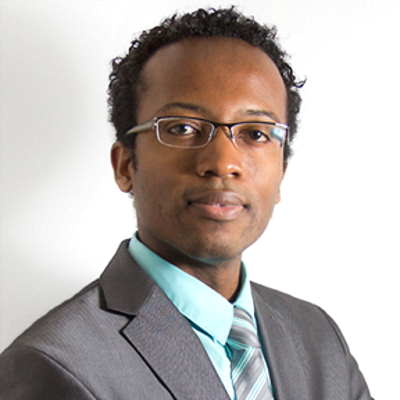 Landry Signé, a professor and executive director at Thunderbird School of Global Management at Arizona State University in Washington, DC, is a senior fellow at the Brookings Institution, and a distinguished fellow at Stanford University.