The pandemic that United States (US) President Donald Trump has handled so disastrously – over 200,000 deaths from COVID-19 are expected in the US by Election Day – is persuading an unprecedented number of voters to cast their ballot by mail rather than expose themselves at the polls. That means Trump or his Democratic challenger, Joe Biden, could “win” a state on 3 November, only to have the result change when all the mail-in votes are counted.

The likelihood of contested outcomes, particularly if an enraged Trump hasn’t clearly won – could make one of the most consequential elections in US history the most chaotic. Unsurprisingly, Trump is contributing to the fevered climate of uncertainty by deliberately undermining confidence in mail-in ballots.

He has regularly predicted that the election will be “rigged” – that is, if he loses. Yet there is almost no record of stolen votes as a result of mail-in ballots.

The voting is taking place amid conditions as challenging as any outside of wartime: the pandemic, the consequent collapse of the US economy, and the loss of 22 million jobs so far, with little cause for optimism that most of them will return. The record wildfires engulfing the West Coast add to the atmosphere of agitated anxiety.

The large demonstrations against police brutality toward black Americans were once seen as an advantage to the Democrats. Now that the demonstrations frequently – or frequently enough – devolve into violence, they threaten to work in Trump’s favour.

Indeed, Kellyanne Conway, then a presidential adviser, said aloud that violence is good for Trump. Thus far, however, his attempt to mount a “law and order” campaign appears to have fallen flat.

This election is being fought mainly over what both sides don’t want it to be about: COVID-19. The Democrats want the vote to be a referendum on Trump – substantive issues, but also Trump’s conduct and his administration’s rampant corruption. Republicans, of course, want Biden to be the focus and to brand the former vice president as a puppet of his party’s left wing.

Trump’s recent strategy has been to try to frighten suburban women – a group he must win – with racist dog whistles about Democratic support for affordable housing, implying that Biden would bring crime and violence to their neighbourhoods.

So far, that gambit also has failed to gain traction. Nor has the effort to convince remaining uncommitted voters (there aren’t a great many of them) that Biden, a lifelong political moderate, will be under the thumb of the left. How effective a president Biden would be will depend heavily on whether the Democrats, who already control the House of Representatives, can take over the Senate as well. To do so, they need a net three-seat gain. With Biden leading in national opinion polls and strong Senate candidates, a Democratic takeover does appear possible.

The Democrats have promoted Biden as the decent, normal man that he is – someone who, unlike Trump, doesn’t stoke racial animosity and tries to divide the country. Having endured devastating family tragedies, Biden comes across in sharp contrast with the empathy-free Trump, and the Democrats are using this effectively.

Biden’s choice of US Senator Kamala Harris – the daughter of an Indian mother and Jamaican father – as his running mate was popular within the party. Her core beliefs remain essentially unknown, but by choosing Harris, Biden fulfilled a commitment he made in the spring, when his candidacy was in trouble, to choose a woman as his vice-president. The times demanded that he select a person of colour, and the party is counting on her to bring energy to the ticket.

According to supposedly more reliable state polls than existed four years ago, Biden is leading in enough “swing” states to win the 270 Electoral-College votes the victor needs. But many Democrats remain traumatised by Trump’s Electoral-College victory in 2016, when razor-thin margins in three states – Michigan, Wisconsin, and Pennsylvania – put him over the top, despite losing the popular vote by a wide margin.

Biden’s lead in several swing states is narrow, so Democrats’ fears remain heightened, which may account for Michael Bloomberg’s decision to pledge US$100 million to help Biden win the big battleground state of Florida.

Beyond swing-state polls, Trump has not been helped by a pile of recently published books that reflect poorly on him, or by an article in The Atlantic magazine, subsequently confirmed elsewhere, claiming that Trump – who avoided being drafted during the Vietnam War by obtaining five deferments (four for college, one medical) – described those who served in the military as “suckers” and “losers.” Speaking ill of people who offered their life for their country is neither a smart nor popular thing to do in America.

Of course, in 2016 Trump got away with voicing contempt for the tortured former prisoner-of-war John McCain and the parents of a Muslim-American soldier killed in action. He must be puzzled as to why his more recent insults now seem to matter to voters. Drawing on his bottomless well of vanity, Trump also made the mistake of thinking that he could charm the relentless Bob Woodward into portraying his dismal presidency as a triumph.

Instead, Woodward’s new book reveals that Trump knew from the outset how dangerous COVID-19 was and nonetheless publicly dismissed the risks. Yet Trump never changes; his self-pity is nearly equal to his grandiosity. As the outcry over Woodward’s bombshell built, he again suggested that he deserves not only to win this election, but also an (unconstitutional) third term, because of the way he has been treated.

Now, with the pandemic poised to coincide with the flu season, COVID-19 will become even more of a menace. Trump still doesn’t appear to understand that he cannot will the virus into hibernation if restaurants reopen, students return to school, and college or professional sports are played. And Trump’s determination to be able to announce the development of a vaccine by Election Day is so obvious that any vaccine approved by then will be suspect.

In his desperation to avoid being the 11th president (out of 45) to be defeated after a single term in office, Trump remains his own greatest political liability. He simply talks too much. If he loses in November, he will have only himself to blame.

The Spies Who Predicted COVID-19 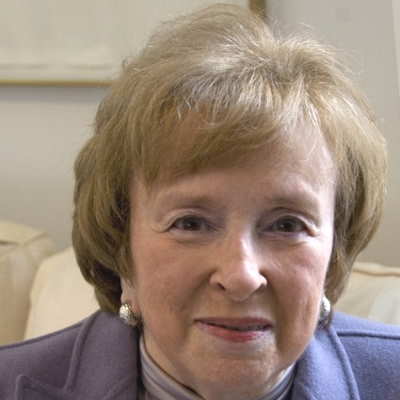 Elizabeth Drew is a Washington-based journalist and the author, most recently, of Washington Journal: Reporting Watergate and Richard Nixon's Downfall.