This year marks the 30th anniversary of ASEAN-China relations, a significant year indeed. I knew very little about ASEAN until 2003, when I got involved in the Track II processes in East Asia which then resulted in my academic focus on ASEAN-centred regional cooperation.

Regarding each other as a strategic opportunity is a key to the extraordinary progress of the 30 years’ ASEAN-China relations. Both sides have come a long way since the establishment of dialogue relations in 1991, with trade expanded more than 80 times - making China and ASEAN number one trading partners for each other, over 60 million mutual visits recorded every year before COVID-19, and more than 200,000 students studying in each other's countries. Such achievements should not be taken for granted.

In 1991, the then Chinese Foreign Minister Qian Qichen was invited to the 24th ASEAN Foreign Ministers' Meeting. This was a strategic opportunity created by the two sides, at the collapse of the bipolar confrontation, to kick off the dialogue and cooperation process. In 1997, when China decided not to devalue its RMB to maintain regional financial stability in the midst of the Asian financial crisis, it created a strategic opportunity for the initiation of East Asia-wide regional economic integration.

In 2002, China initiated a Free Trade Agreement (FTA) negotiation with ASEAN and even launched an early harvest programme soon after to ensure that ASEAN received benefits first - because it regarded ASEAN as a strategic opportunity. Also in the same year, when ASEAN and China decided to shelve disputes and focus on cooperation on the South China Sea by signing the Declaration on the Conduct of Parties in the South China Sea (DOC), they again created a strategic opportunity for regional peace, growth and community building.

It is often said that ASEAN-centred East Asian regional cooperation is crisis-driven. But I would say it is driven by strategic opportunities created and recognised by the region, most notably by China and ASEAN.

China has recognised that friendly and mutually beneficial relations with ASEAN are of strategic significance for building a benign neighbourly environment for its social and economic development. And ASEAN has realised that rapidly growing China is a strategic opportunity for its community building. Such mutual recognition and joint efforts in creating strategic opportunities, especially in times of difficulties and crises, should be in the genes of ASEAN-China relations for further advancement.

And this leads to the second most important lesson I’ve learned from my Track II experience and academic research, which is - consensus-seeking.

A leading scholar of neoliberal institutionalism, Robert Keohane, argues that cooperation does not mean harmony, but accommodation of interests. Professor Qin Yaqing, an internationally recognised Chinese scholar, proposes a world of relations with the prototype of the yin-yang relationship that is in the eternal process of mutual harmony. Therefore, despite the fact that we don’t always or necessarily agree with each other in world politics, consensus can be sought, common ground can be identified and expanded, and cooperation achieved.

The signing and full implementation of the DOC has been a consensus-seeking process, so too is the ongoing consultation and negotiation of a Code of Conduct (COC) in the South China Sea.

Consensus-seeking is a prominent feature of ASEAN’s way of regional cooperation, meaning that agreement shall be reached on a voluntary basis, with due consideration given to the concerns of all parties.

In the past 30 years, the biggest consensus between China and ASEAN has been creating and seizing strategic opportunities for sustainable economic development. The ASEAN-China strategic partnership has been critical in making East Asia the most dynamic region in the world.

Today, the China-ASEAN relationship is at a new historical juncture as the world is facing the combined impacts of changes unseen in a century and the COVID-19 pandemic. In the past few years, anti-globalisation, populism, a return to power politics and intensification of power rivalry, have somewhat interrupted regional processes and posed serious challenges to regional community building. Under such circumstances, China and ASEAN shall keep sober-minded and committed to treating each other as strategic opportunities for sustainable development and sustainable security.

On 21 September 2021 at the United Nations (UN) General Assembly, Chinese president Xi Jinping declared China’s promise and commitment to promoting the world’s security and development, maintaining rules-based international order, and improving global governance. He announced that in fighting the pandemic, China would strive to provide a total of two billion doses of vaccines to the world by the end of this year and to pursue greener and more sustainable development.

He added that China would also strive to achieve peak carbon dioxide (CO2) emissions before 2030 and carbon neutrality before 2060. Xi also declared that China would step up support for other developing countries in developing green and low-carbon energy, and would not build new coal-fired power projects abroad.

Not long ago, China officially announced its desire to be part of the Comprehensive and Progressive Agreement for Trans-Pacific Partnership (CPTPP) - an effort to embrace regional economic integration at a higher level.

Going forward, as China continues to regard ASEAN as a priority in its diplomacy, and as the two sides continue to seek consensus on cooperation and create strategic opportunities for sustainable development, ASEAN and China shall be confident enough in upgrading their relationship to a comprehensive strategic partnership and building a more promising future for its people. 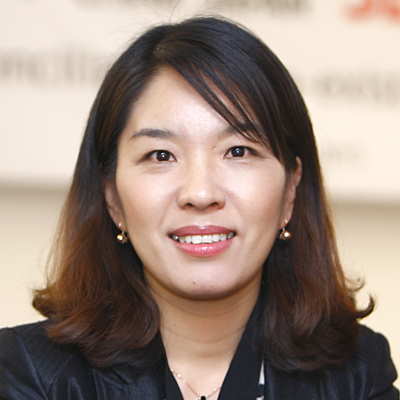