At the 36th ASEAN Summit via teleconferencing on Friday (26 June), some Southeast Asian leaders boldly raised the issue of the South China Sea (SCS) and China’s bullying behaviour while ASEAN chair Vietnam called for a rules-based order in the SCS.

“While the entire world is stretched thin in the fight against the pandemic, irresponsible acts and acts in violation of international law are still taking place, affecting the environment of security and stability in certain regions, including our region,” ASEAN’s current chair, Vietnam’s Prime Minister Nguyen Xuan Phuc said in his opening remarks in Hanoi on Friday.

But he failed to mention China, the main violator of all the maritime rules in the SCS, directly.

Likewise, Philippine President Rodrigo Duterte stunned his friend Chinese President Xi Jinping by lashing out at China’s bad behaviour in the SCS and called for all parties to follow international laws, especially the 1982 United Nations Convention on the Law of the Sea (UNCLOS).

“Even as our region struggled to contain COVID-19, alarming incidents in the South China Sea occurred. We call on the parties to refrain from escalating tension, and abide by responsibilities under international law,” Duterte said in his speech.

Indonesia, which opposes China’s maritime claims in the SCS based on its controversial nine-dash line, asked ASEAN nations to safeguard ASEAN unity and centrality.

“ASEAN must be the guardian of our own region not the projection of power by bigger nations,” said Joko “Jokowi” Widodo at the summit.

“ASEAN must be the subject and not an object in global politics”.

ASEAN, according to Phuc, promotes the “full and strict compliance” of the rules governing the SCS. ASEAN leaders have also called for an early conclusion of the Code of Conduct (CoC) in the SCS negotiations with China.
Duterte called for an “effective and substantive” CoC.

Why do we need a CoC in the SCS?

In a clear indication of coercion and bullying, a Chinese Coast Guard vessel, bearing the number 4006 on its hull, chased and rammed a Vietnamese fishing boat carrying a 16-member crew near Lincoln Island in the South China Sea (SCS) on 12 June.

It was not the first time that China has responded to a foreign fishing boat with hostility. On 2 April this year, a Chinese Coast Guard vessel sunk another Vietnamese fishing boat near Paracel Islands, threatening the lives of eight fishermen.

In December 2019, Chinese fishing boats, accompanied by Coast Guard vessels, illegally entered into Indonesia’s exclusive economic zone (EEZ) in the Natuna Sea. Indonesia does not have any disputes with China in the South China Sea as the archipelagic nation does not claim a single inch of the SCS.

Last year, on 9 June, a Chinese vessel named Yuemoobinyu 42212 sunk a Filipino fishing boat near Reed Bank in the SCS, an area belonging to the Philippines, and left the scene, leaving the fishermen adrift in the sea. A passing Vietnamese fishing boat later rescued them.

Recently, China deployed its vessels to intimidate and hinder Malaysia from its oil exploration activities in Malaysia’s EEZ in the SCS near Borneo Island.

After all these illegal and hostile incidents, people in Southeast Asia are starting to make their stance on whether China is a friend or foe. Should we trust China?

The Philippines, Vietnam, Indonesia, Malaysia and the United States (US) have strongly condemned China’s illegal and bullying tactics in the SCS.

The US, which does not have any claim in the SCS, has been on the frontline in criticising China’s coercing and hostile acts against its small neighbours in the SCS and defending freedom of navigation.

“The United States strongly opposes China's bullying. We've also seen that the Chinese Communist Party is exerting military pressure on Taiwan and coercing its neighbours in the South China Sea, even going so far as to sink a Vietnamese fishing vessel. We hope other nations will hold them to account,” US Secretary of State Mike Pompeo said in April.

Why is China committing all these unfriendly acts against ASEAN member states at a time when the whole world is suffering from the deadly COVID-19 pandemic, which has infected almost 10 million people and killed 500,000?

Based on the controversial nine-dash line map, China claims more than 90 percent of the SCS, a strategic waterway that is rich in fisheries and energy.

Most ASEAN countries, including Indonesia, have strongly rejected China’s claims and have called for the full implementation of the UNCLOS rules. The Hague-based Permanent Court of Arbitration (PCA) rejected all of China’s claims in the SCS in a historic ruling in 2016.

Since China’s claims are weak and go against all international maritime laws, including the UNCLOS, the Communist state has since adopted coercive and hostile measures in the SCS. It built artificial islands and turned them into military installations. China has also deployed thousands of naval vessels, personnel and fishing boats in the SCS.

Despite the grave situation emanating from the COVID-19 pandemic, China still wants to flex its power against its smaller and weaker neighbours. China has also gone as far as to bully Indonesia, a non-claimant state.

Surprisingly, all of China’s bullying and coercive acts have united certain ASEAN countries like Vietnam, the Philippines, Malaysia and Indonesia. These four countries, known as the ASEAN-4, have similar views about the SCS and UNCLOS. The ASEAN-4 could be a game changer, which may determine the future course of ASEAN.

Due to China’s bullying behaviour and arrogance, the US Navy, according to Japanese media, has deployed three aircraft carriers – the USS Theodore Roosevelt, USS Nimitz and USS Ronald Reagan – to the doorsteps of the SCS for the first time since 2017.

China has deployed hundreds of warships, aircraft carriers, submarines, fighter planes and military personnel on the artificial islands-cum-military bases in the SCS.

The situation is growing tense, which threatens the peace and stability of Southeast Asia.

ASEAN may not be in a position to take sides with either China or the US in their global rivalry. But ASEAN cannot tolerate China’s aggressive behaviour against its member states anymore.

Because of China’s aggressive behaviour, we need a legally binding CoC in the SCS. As a family and a community, ASEAN must first unite to formulate a common perception for a strong Code of Conduct (CoC), which is legally binding and based on international maritime rules.

It is clear that China has behaved poorly toward many ASEAN members. The time has come to show that ASEAN will not succumb to China’s bullying acts. ASEAN, or at least the ASEAN-4 must take action against China in the shape of sanctions, for example economic distancing or reducing ASEAN engagement with China.

Unfortunately, Malaysia, a claimant of the SCS, did not raise the issue of China’s intimidation, unlike Vietnam and the Philippines, at the 36th ASEAN Summit. Brunei Darussalam, which is also a claimant in the SCS, remained silent as well.

Economic dependency is the main reason ASEAN member states are hesitant to criticize China or take action against it.

But it must be noted that China is currently more dependent on ASEAN, especially after its economic war with the US. China needs ASEAN more than ASEAN needs China. ASEAN is now China’s second biggest trading partner with US$641 billion worth of trade in 2019 after the European Union (EU). China also enjoys a huge trade surplus with almost all ASEAN member states.

Some ASEAN countries have now shown courage to criticise China for the latter’s bullying behaviour. For the sake of the region, ASEAN must be united to seek an effective CoC and a rules-based order based on the UNCLOS in the SCS. 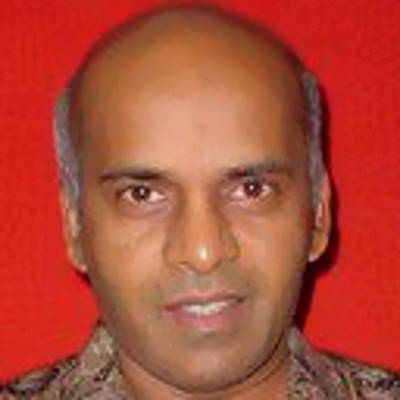 Veeramalla Anjaiah is a Jakarta-based senior journalist and author of the book “Azerbaijan Seen from Indonesia”.