Once United States (US) President-elect Joe Biden’s administration has made the relatively easy decisions to rejoin the Paris climate agreement, remain in the World Health Organization (WHO), and attempt to reboot the World Trade Organization (WTO), it will confront three key foreign-policy issues. In order of importance, they are China, China, and China.

Biden’s dilemma is that China has become too deviant to cooperate with fully, too big to contain or ignore, and too connected to decouple from. So, what principles should govern America’s economic engagement with it?

Two decades ago, the US and the rest of the world bet that China, as it became richer, would open up economically and politically, while remaining benign in its international conduct. Under the resulting implicit contract, embodied in China’s 2001 WTO accession agreement, the world promised to guarantee market access for Chinese exports; in return, China would make its economy more open and transparent, and play by international rules.

But China has changed since then, and not only by becoming much richer and a much larger trader. Under President Xi Jinping, an authoritarian in the mould of Mao Zedong, China has repudiated Deng Xiaoping’s three guiding tenets: collective leadership in domestic politics, steady economic opening and reliance on market forces, and quiet cooperation with the world.

Instead, Xi’s repressive regime is fashioning a new brand of inward-oriented, state-dominated capitalism. And it poses a threat to many of its neighbours, including Taiwan, Australia, India, the Philippines, Vietnam, and Japan.

In other words, the world has lost its China wager. Even where China has adhered to the letter of the contract – concerning currency and intellectual-property, for example – it has violated the spirit. The Biden administration and the rest of the world are thus entitled to renegotiate the deal.

America and others have no right to obstruct China’s economic rise, because its 1.4 billion citizens are entitled to pursue prosperity and security. Likewise, China is entitled to choose its development model, with its own balance between the state and the market.

Subject to these caveats, however, America can – and should – revise the decades-old contract to account for changed realities. The more China plays by the rules, the more such a revision would benefit developing countries that can trade with it.

For starters, China is no longer a poor country, but its status as a developing country entitles it to favourable treatment under global trade rules. This status must be revoked.

Second, China departed from the spirit of the original contract through beggar-thy-neighbour exchange-rate policies (especially from 2004 to 2010) that artificially preserved its economic competitiveness. That problem went away for a while, but is beginning to resurface.

The world must respond by codifying and enforcing rules on exchange-rate manipulation. And where the line between state and commercial entities is blurred – as it is in China – the definition of “excessive” intervention should be widened to include foreign-exchange purchases by state-owned banks as well as those by the central bank.

Third, the 2001 WTO accession agreement had imposed obligations on China concerning its state-owned enterprises (SOEs). But, with the Chinese state playing a much larger direct and indirect economic role under Xi, these rules have to be adapted, tightened, and made more justiciable.

Regarding Chinese investment abroad, for example, the world should treat sceptically China’s claim that the government is distinct from SOEs because the latter are run on commercial principles. The burden of proof should be on China to prove this.

As for inward foreign investment, the basic aim should be to ensure a far more level playing field. The new rules should therefore cover not only explicit state policies but also the actions of SOEs, as well as more of China’s government procurement policies and practices.

But Biden must first persuade China to agree to renegotiate the contract. Immediately removing all of President Donald Trump’s unilateral tariffs on Chinese imports could help. The Biden administration could also lend quick support to the WTO, by approving the choice of the body’s new director-general and restoring its Appellate Body.

And the US could signal its willingness to join China-led international financial institutions such as the Asian Infrastructure Investment Bank (AIIB), and to end the West’s monopoly of the leadership of the World Bank and International Monetary Fund (IMF).

Beyond improving the atmospherics, Biden must consider his tactical options: unilateral, multilateral, and regional. In theory, he could go even further down the unilateral road than Trump by threatening China with a return to the pre-WTO arrangement under which its market access would be reviewed annually by a fickle, more protectionist Congress.

But, as Chad Bown of the Peterson Institute for International Economics has demonstrated, even the more limited Trump strategy has failed, because the world has become too dependent on China to embrace restrictive trade actions against it. Moreover, success would be enormously costly: the global trading system’s integrity would be decimated, wrecking a half-century of international efforts.

Biden also has the multilateral option of renegotiating with China as part of an effort to revive the WTO, which has been languishing largely because of Trump’s hostility to it. The problem is that China – as a WTO member with significant clout – would have to agree to any changes. The Biden administration must therefore consider the regional route that Trump abandoned when he withdrew the US from the Trans-Pacific Partnership (TPP) in 2017.

Rejoining its successor, the Comprehensive and Progressive Agreement for Trans-Pacific Partnership (CPTPP), would enable the US to integrate more deeply with the rest of Asia and possibly also with Europe, thereby reducing its dependence on China while inflicting de facto exclusion costs on it.

This strategy has major advantages. It would create a trading area that would complement, rather than undermine, the international trading system.

And such a move would not be subject to a Chinese veto; in fact, it would likely force China to the negotiating table, because it would not want to be kept out of such a large market. But joining the CPTPP would not be painless: it would require the US to countenance more trade opening, which the current domestic mood might not allow.

The recent signing of the Regional Comprehensive Economic Partnership (RCEP), a pan-Asian free-trade agreement including China, might seem to signal a different approach than that proposed here. But Asian countries have fewer options relative to China: They are more dependent on and integrated with it, and Trump’s 2017 rejection of the TPP left them without an anchor for managing economic relations with China.

After Trump, and considering China’s increasing assertiveness, Asian countries might go along with or even secretly hope the US and Europe reset relations with China.

In any event, Biden should have no illusions: China is too important to ignore, but the challenge it presents defies easy solutions. America and the world should brace themselves for the long haul.

Pandemic Is 'Kiss Of Death' For Managed Trade 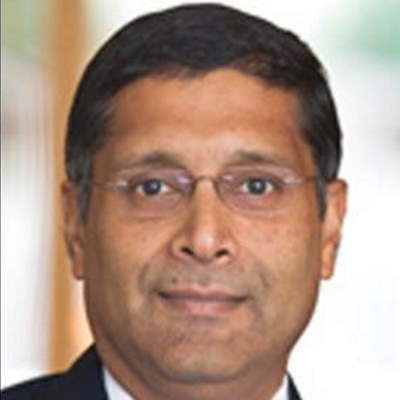 Arvind Subramanian, a former chief economic adviser to the government of India, is Professor of Economics at Ashoka University. He is the author of Eclipse: Living in the Shadow of China’s Economic Dominance.