The outcome of the United States (US) presidential election on 3 November will have momentous consequences for America in terms of economic policy, racial justice, the judiciary, health care, and the overall quality of its democracy.

But the election’s international effects could be equally far-reaching and lasting. In particular, can a victory for the Democratic nominee, former Vice President Joe Biden, prevent a dangerous great-power confrontation and usher in a new era of global cooperation?

If President Donald Trump were re-elected, he would not necessarily seek more confrontations abroad during his second term. On the contrary, as Trump’s electoral incentive for hard-line posturing diminished, he might become less hawkish, notably toward China, and pursue “economic deals” whenever possible.

In fact, the Trump administration’s grandstanding about “values” and human rights may cease altogether. After all, the president is perfectly comfortable with autocrats, and Secretary of State Mike Pompeo’s recent lambasting of China for human-rights abuses was more electoral theatre than evidence of moral conviction.

A second-term Trump administration – much like the first – would not try to project systemic notions of democracy and human rights around the world. Instead, it would pursue a purely transactional approach to diplomacy with allies and rivals alike, calculating that America’s huge domestic market and military-industrial prowess, along with the dollar’s extraterritorial reach, will strengthen its bilateral negotiating power, even vis-à-vis China and the European Union (EU).

But, although bilateral deal making may be effective in specific cases, Trump’s neglect of alliances and disdain for multilateralism – a key source of US strength for decades – has diminished America’s power and influence.

True, despite Trump’s malign efforts, the US retains considerable soft power, because much of the world regards his presidency as an aberration that does not reflect America’s “true” character. But if Trump is re-elected, that soft power would decline precipitously. A purely transactional approach would further erode the already weakened multilateral system. The need for rules and standards will nonetheless grow.

A world of greatly diminished multilateralism would likely crystallise into three rival spheres of influence – led by the US, China, and the EU – each with its own rules and standards.

The EU could have enough weight to form a third pole of its own, particularly if it can attract some like-minded medium-size countries into its sphere. Should the EU lack the cohesion to do this, the world would become bipolar, because the weight and gravitational pull of the US and China are orders of magnitude greater than those of any other potential rivals.

Such a world would be inefficient, with different rules and standards segmenting markets. Moreover, reaching burden-sharing agreements to provide global public goods such as climate mitigation would be very difficult. It would also be a dangerous world: despite their still considerable interdependence, China and the US might slide into a technology cold war that could become hot, owing to miscalculations on both sides – including with regard to new cyber weapons.

How might the future play out differently if Biden wins?

Regarding the US-China relationship, not much would change in the near term. If anything, bilateral frictions might even increase, because a Biden administration would elevate the human-rights issue in a more consistent fashion. Current tensions on trade, industrial policies, and technology would persist, and a strong Sino-American rivalry would remain a feature of the international system.

But a Biden administration could radically change America’s current relations with its traditional allies – notably Europe – as well as its approach to multilateralism. Forcefully pursuing such a strategy could prevent inefficient and dangerous fragmentation of the international order.

With Biden in the White House, the US, Europe, and many African, Latin American, and Asian countries could work together to establish common rules and standards reflecting fundamentally similar values, although difficult compromises would be necessary in areas such as data management and digital taxation. The US would undoubtedly re-engage with the World Trade Organization (WTO) and champion a rules-based global trading system, while also seeking much-needed institutional reforms.

America under Biden also would remain a member of the World Health Organization (WHO) and work on pandemic prevention in a multilateral framework. Likewise, it would rejoin the 2015 Paris climate agreement and commit to serious mitigation goals.

It is not certain that a Biden administration would pursue such an agenda strongly enough to bring about a renewed multilateralism in which the US was a leading and decisive force, but no longer a hegemon. Although diverging national interests would persist, and working out compromises would be difficult, shared fundamental values and enlightened self-interest could lead to agreed solutions.

Crucially, a successful revival of multilateralism could make China want to be part of the renewed international system. Although the Chinese leadership has publicly declared its commitment to global multilateralism, in practice it has pursued an unrestrained hard-power strategy, which may be China’s best option if Trump wins again.

But, despite its size, China cannot afford to stand alone in defiance of most of the rest of the world should the EU and a Biden-led US pursue agreed rules and standards in cooperation with many other countries. Nor could China persuade many East Asian countries to align with it in such a scenario.

A concerted US effort to renew multilateralism could reverse the trend toward a starkly divided world of great-power rivalry. At a time of unprecedented global challenges, such an outcome would benefit all, including China. That could be as momentous as any domestic difference between a Trump and a Biden victory.

Although the current conventional wisdom is that a dangerously divided world is inevitable, a decisive American commitment to multilateralism could still lead to a much better and safer future.

If Biden wins on 3 November, internationally minded Democrats in all branches of government will have to think big and have the courage of their convictions. 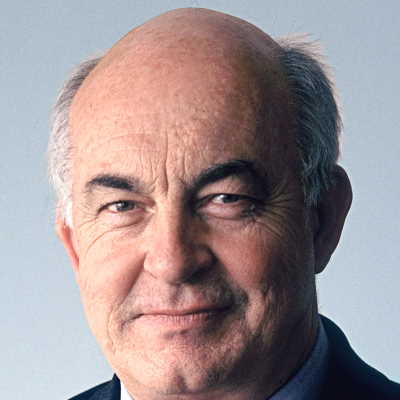 Kemal Derviş, a former minister of economic affairs of Turkey and administrator for the United Nations Development Program, is a senior fellow at the Brookings Institution.