Within the span of a generation, a new super-rich class emerges from a society in which millions of rural migrants toiled away in factories for a pittance. Bribery becomes the most common mode of influence in politics.

Opportunists speculate recklessly in land and real estate. Financial risks simmer as local governments borrow to finance railways and other large infrastructure projects. And all of this is happening in the world’s most promising emerging market and rising global power.

No, this is not a description of contemporary China, but rather of the United States (US) during the Gilded Age (roughly 1870 to 1900). This formative period of American capitalism is remembered as “Gilded,” rather than “Golden,” because beneath the veneer of rapid industrialisation and economic growth, many problems festered.

Public backlashes against the Gilded Age triggered wide-ranging economic and social reforms that ushered in the Progressive Era (approximately 1890s-1920s). This domestic revolution, along with imperial acquisitions abroad, paved the way for America’s rise as the superpower of the 20th century.

China is currently passing through a similar – though certainly not identical – phase. After coming to power in 2012 during China’s own Gilded Age, President Xi Jinping now presides over a country that is far wealthier than the one ruled by his predecessors. But Xi also must confront a host of problems that come with a middle-income, crony-capitalist economy, not least corruption. As he warned in his maiden speech to the Politburo in 2012, corruption “will inevitably doom the Party and the state.”

Over the past few decades, China’s economy has soared alongside a particular type of venality: elite exchanges of power and wealth, or what I term “access money.” Beginning in the 2000s, the incidence of embezzlement and petty extortion fell as the government built up its monitoring capacity and enthusiastically welcomed investors. But high-stakes graft exploded as politically connected capitalists plied politicians with lavish bribes in exchange for lucrative privileges.

Along with cronyism came rising inequality. Since the 1980s, income inequality has risen faster in China than in the US. China’s Gini coefficient (a standard measure of income inequality) exceeded America’s in 2012. And Chinese wealth inequality is even wider than income inequality, because those who accumulated assets during the early growth stages realised enormous gains.

A third problem is systemic financial risks. In 2020, the finance ministry warned that local governmental debt was approaching 100 percent of all revenues combined. If local governments default, the banks and financial institutions that loaned them massive sums will be exposed, potentially setting off a chain reaction.

And it is not just government finances that are in trouble. China’s second-largest property developer, Evergrande, is US$300 billion in debt and nearing insolvency.

These simmering crises should not be viewed in isolation; rather, they are interconnected parts of China’s Gilded Age. Corruption in the form of access money spurred government officials to promote construction and investment aggressively, regardless of whether it was sustainable.

Luxury properties that enriched colluding state and business elites have mushroomed across the country, while affordable housing remains in short supply. Those with political connections and wealth have easily reaped outsize profits through speculative investment.

Likewise, in the digital economy, what was once a free-for-all arena has consolidated around a few titans that can easily crush smaller players. Factory workers are being replaced by gig workers who toil long hours with scant labour protections. Fed up with excessive materialism and the rat race in society, young people are protesting by “lying flat” (ceasing to strive).

The decadence of China’s Gilded Age poses multiple threats for Xi. Corruption, inequality, and financial meltdowns can trigger social unrest and erode the legitimacy of the Communist Party of China (CPC), given its promise of equality and justice. These problems – particularly elite corruption, which enriches rival factions – all undermine Xi’s personal hold on power.

Thus, Xi is determined to take China out of its Gilded Age, both to save the CPC and to cement his own legacy as the leader who will deliver the Party’s “original mission.” Whereas Deng Xiaoping aspired to make China rich, Xi wants to make China clean and fair as well.

In the last two months, Western investors have abruptly awoken to Xi’s calls for “common prosperity.” But Xi’s socialist mission actually began in 2012, when he vowed to eliminate rural poverty and simultaneously launched the largest anti-corruption drive in the CPC’s history. Xi has maintained these campaigns despite the pandemic, and he proudly proclaimed in 2020 that his poverty alleviation targets were achieved on schedule.

More recently, these campaigns have extended into a wave of regulatory crackdowns on Big Tech companies, bans on private tutoring, caps on housing prices, and a clampdown on rich celebrities. To top it off, Xi has personally exhorted the rich to share their wealth with society.

America’s Gilded Age provides a historical lens for making sense of Xi’s actions. All crony-capitalist economies, no matter how fast-growing, eventually run into limits. If American history is any guide, the problems facing China today do not necessarily spell doom. Much depends on what policymakers do next. If the problems are tackled appropriately, China, too, can move from risky, unbalanced growth to higher-quality development.

But whereas the American Progressive Era relied on democratic measures to fight crony capitalism – for example, through political activism and a “muckraking” free press that exposed corruption – Xi is attempting to summon China’s own Progressive Era through command and control. The world has yet to witness a government successfully overcome the side effects of capitalism by decree.

Decades earlier, Mao Zedong tried to command rapid industrialisation and failed disastrously. The lesson is that because top-down orders can and do backfire, they must not be relied upon as the solution to all problems. If excessively and arbitrarily applied, bans and edicts will diminish investor confidence in Chinese leaders’ commitment to rules-based markets.

Progressivism in America laid the domestic foundation for the country’s international primacy in the 20th century. Whether Xi can order China out of the Gilded Age will determine the continuity of China’s rise in the 21st. – Project Syndicate 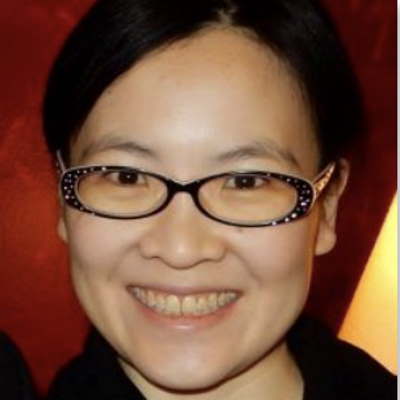 Yuen Yuen Ang, a professor of Political Science at the University of Michigan, Ann Arbor, is the author of How China Escaped the Poverty Trap and China's Gilded Age.