The protests that erupted across Kazakhstan on 2 January quickly turned into riots in all of the country’s major cities. What do the protesters want, and what will be the outcome of the country’s most severe civil unrest since independence in 1991?

Although the initial trigger was a doubling of fuel prices, the protesters soon demanded the dissolution of parliament and new elections. Moreover, they want former President Nursultan Nazarbayev to exit the political scene for good.

Nazarbayev, the country’s ruler for the first 30 years of independence, gave up the presidency in 2019, but not before having himself named “leader of the nation” and thus ensuring that he would maintain a tight grip on the country’s politics.

Protesters toppled a statue of him in Taldykorgan, the capital of the Almaty region, with chants of “Shal ket!” (“Old man, go away!”).

As of 7 January, clashes had killed dozens of law enforcement officials and demonstrators, and Nazarbayev’s hand-picked successor, President Kassym-Jomart Tokayev, had declared a state of emergency and requested assistance from the Kremlin. Russian President Vladimir Putin quickly answered the call, deploying Russian troops to help quell the protests. Tokayev has given the security forces permission to “fire without warning” on protesters.

With conditions on the ground changing by the hour, it is too early to predict how the confrontation will end. Nonetheless, some preliminary conclusions are already possible.

For starters, the authorities clearly panicked when the protests erupted. How else to explain Tokayev’s frantic call for foreign troops to enter the country to impose order? Instead of recognising that the protests are an angry – and predictable – response to the government’s own policies, he has conjured the spectre of an external aggressor.

Tokayev claims that the rioters received extensive training abroad. In his appeal to the members of the Collective Security Treaty Organization (CSTO) he insisted that his government needed help to overcome a “terrorist threat.” But the rationale for appealing to the CSTO remains in question: Why would any other country bother to offer “serious training” to “bandit formations” to disrupt Kazakhstan’s regional centres?

By calling on Putin, Tokayev has made a risky bet. What would happen if Russian paratroopers started mowing down Kazakhstani women or children, or if a Russian military helicopter were to crash in some densely populated area? Any such event would deepen the crisis, as well as the scale of Russia’s intervention. In fact, it is hard to see how the presence of CSTO “peacekeepers” could do anything other than inflame the situation and awaken anti-Russian and nationalist sentiment in Kazakhstan.

Obviously, the real issue concerns the government’s own competence and legitimacy. With well-trained police and security forces and a fully equipped army, why couldn’t the authorities manage the protests on their own? Most likely, they could have done so.

But by seeking Putin’s help, Tokayev hopes to shape the internal situation in ways that will buttress his own rule vis-à-vis rival factions. And, indeed, Tokayev is clearly worried, having ordered the detention of Karim Massimov, a former chairman of the National Security Committee, on suspicion of treason.

Although the protests and rallies initially were relatively peaceful, comprising mostly young men and women, organised groups showed up on 4 January and started seizing warehouses and weapons. The government’s official line is that these groups are foreign mercenaries; but that claim does not withstand scrutiny.

Since Kazakhstan neighbours my own country, I know first-hand that it has an effective border service. The idea that several thousand foreigners could suddenly appear in the country, undetected, is nonsense.

It is far more likely that these quasi-military groups received special training and funding from local oligarchs who are seeking to influence events in their own favour. According to former Kazakhstani officials with whom I have communicated, some of this support has even come from officials who are currently in power.

Yermukhamet Yertysbayev, a former minister of information and ex-adviser to Nazarbayev, recently acknowledged that, “The National Security Committee of Kazakhstan for years hid information about the training camps of militants in the country.” There are well-founded rumours that the Nazarbayev family, which was ousted from power during the protests, is trying to use these military groups to regain influence.

These oligarchs reportedly want to be able to mobilise paramilitary groups to influence elections. Their preparations often take place under the cover of oligarch-sponsored “sports clubs,” where young people gather, train, and receive cash allowances. (One can find similar schemes in my country.)

While these informal groups have been deepening their roots in Kazakhstan for many years, the current crisis seems to have brought them to the surface. Several organised-crime figures have “unexpectedly” returned to Kazakhstan from abroad.

According to the Kazakh Interior Ministry, “Six members of the organised criminal group, led by Dikii [Wild] Arman [Dzhumageldiev], were detained during a special operation by the Almaty police department.”

We know that these “thieves in law” – a typical phenomenon in post-Soviet politics – hold real authority, especially among unemployed youth. The question, then, is whose interests they are serving.

If the riots and more violent forms of protest really are being fuelled by these shadow groups, there simply are no legal grounds for introducing CSTO troops into Kazakhstan. What started as a protest over socioeconomic issues has quickly escalated into a chaotic battle among oligarchs for political influence.

And, because the demonstrations were driven not by the organised opposition, but by ordinary citizens, the authorities can conveniently dismiss participants as opportunistic bandits, hooligans, and looters, rather than seeking a settlement through dialogue.

But I believe that Kazakhstan will soon become a country where there is no room for corruption, authoritarianism, and nepotism. The Kazakh people will no longer allow this. 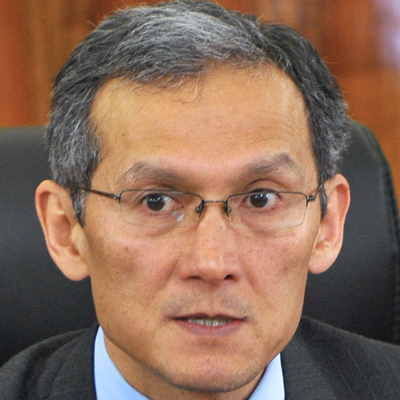