When I was the last British governor of Hong Kong, he once offered me wise advice about dealing with the People’s Republic of China. Shultz told me that, in his long experience in business and government, Chinese communists always tried to define other countries’ relationship with them entirely on their own terms.

They wanted the rest of us to regard our ties with China as the political equivalent of a beautiful and priceless Chinese vase. They would allow us to look at or even touch it, provided we didn’t risk dropping it by saying or doing anything that they believed should disqualify us from the honour of the Middle Kingdom’s favour.

In my experience, that is a pretty fair summary of Chinese attitudes. But it is not how sovereign states usually conduct their relations with each other.

Bilateral relationships are normally aggregates of the decisions that countries separately and jointly make to protect and advance their own interests. That includes the occasions when it suits each to accommodate the other side’s interests. There is sometimes a bit – or with friends, sometimes a lot – of give and take.

Moreover, a mature sovereign state does not automatically cast others into outer darkness if they disagree with its narrative about its place in the world, vote in a different way at the United Nations (UN), or criticise its domestic policies when they contravene international rules and standards.

It does not threaten to stop trading with them, or instruct its ambassadors to spit insults. Nor does it say that it will stop tourists from visiting the other country or students from attending universities there. Such behaviour demonstrates no comprehension of the essential quality of esteem that civilised, collaborative nation-states must display towards one another.

Consider just a few examples of what China’s communist regime does if one dares to cross it. In 2010, the Chinese writer and human-rights activist Liu Xiaobo was awarded the Nobel Peace Prize. He was the first Chinese citizen to receive the honour and the third person to be awarded it while in prison or detention.

The German journalist Carl von Ossietzky, the 1935 laureate, was being held in a Nazi concentration camp at the time, and the Burmese political leader Aung San Suu Kyi was awarded the prize in 1991 after the country’s military junta placed her under house arrest. So, with the Communist Party of China (CPC) in shameful company, it denounced the Norwegian Nobel Committee, censored news of the award, and banned large-scale commercial trade between Norway and China.

Of course, even though China put Norway in its diplomatic doghouse, many Norwegian products still reached the country: salmon sales to neighbouring Vietnam spiked, and – lo and behold – exports of Norwegian salmon from Vietnam to China increased by the same amount.

The CPC takes particular exception to any foreign leader or official representative who meets the Dalai Lama. When the United Kingdom’s (UK) then-prime minister, David Cameron, met him in 2012, China froze relations with Britain until Cameron demeaned himself and his country by apologising for his grave error.

Worst of all is any question of friendship with Taiwan, which the People’s Republic of China has never ruled, although the CPC continues to claim that the island is part “one China.” In fact, after one of the Chinese Emperor Kangxi’s armies invaded the island in the 17th century, he tried to sell it to the Dutch, because he did not consider it part of the Qing empire.

Perhaps the UK should renew its claim to sovereignty over the US because George III once ruled there.

China’s claim to sovereignty over Taiwan should be challenged on the basis of history and the welfare of the democratic island’s 24 million citizens, less than three percent of whom describe themselves as Chinese. Surveys show that the overwhelming majority regard themselves as either Taiwanese or Chinese Taiwanese. But this does not stop China from issuing increasingly antagonistic military threats against them.

Now consider the case of Australia. Assured by Chinese Foreign Minister Wang Yi at the end of January 2020 that the illness detected in Wuhan was “preventable, controllable, and curable,” the Australian authorities later discovered that China was stealthily buying medical supplies hand over fist from Australia and the UK.

The Australian government then issued a perfectly reasonable call for a full and open inquiry into the causes of the coronavirus pandemic, which triggered a series of coercive Chinese economic and trade attacks against Australia.

Unsurprisingly, New Zealand, normally a country with strong human-rights and democratic credentials, has reacted cautiously to China’s policies of brutal repression in Xinjiang and Hong Kong. About 30 percent of the country’s exports go to China, and a loss of market access would be a heavy blow.

Faced with all this, free and open societies should work together to make clear to China that a good relationship requires respecting and defending the rules-based international order. Moreover, sovereign states should demand reciprocity in dealing with China, in trade as well as politics.

If the Chinese government uses trade as a weapon when it does not like a country’s political stance, liberal democracies should pursue this breach of international rules through the World Trade Organization’s (WTO) arbitration mechanism, as well as bilaterally if necessary. And they should argue for Taiwan’s membership, at least as an observer, in international bodies like the World Health Organization (WHO).

A good relationship between free societies and China is not something that the CPC bestows. It is something that China must earn by respecting the rules and norms of international behaviour and recognising other countries’ sovereignty instead of just asserting its own.

‘Don’t Play With Fire’: China Warns US On Taiwan 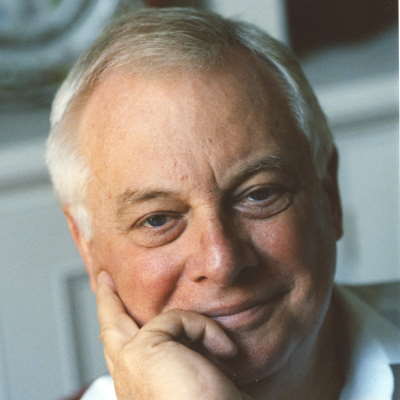