Is there a larger purpose to the Chinese government’s recent actions against the country’s largest corporations, and does its clean-up of the financial sector fit into its economic strategy?

China has sought for at least 15 years to rebalance its growth from exports and fixed-asset investment to greater domestic consumption – efforts that have assumed a new urgency, owing to conflicts with the United States (US) and other countries.

As long as its domestic market expands, China will be able to reduce the strategic vulnerabilities its dependence on exports implies, and foreign firms will become more dependent on the Chinese market, giving China new sources of strategic leverage. But there are serious impediments to this strategy.

For Chinese domestic consumption to increase, both wages and household incomes from invested savings must grow. And for that to happen, China must depart from a growth model that has hitherto relied on significant repression to keep workers’ wages and returns paid to savers low. That means moving toward higher-skill industries that pay workers more, with investment intermediated by a sophisticated financial sector that can generate reasonable returns even without access to cheap capital.

This transition would be difficult under any circumstances, but it is especially challenging today, owing to China’s past actions. Having previously emphasised fixed-asset investment, China now must deal with a massive overhang of unserviceable borrowing by developers and quasi-government vehicles.

When restructuring overleveraged entities, Chinese authorities typically force investors to bear the losses, allocating them as they think appropriate. But when there is fear of a generalised loss of confidence, especially among foreign investors, these entities have instead been bailed out. That is why all eyes are now on the heavily indebted property developer Evergrande.

Similarly, because China’s past cavalier treatment of intellectual property rights (IP) has made advanced economies increasingly wary of sharing research and know-how, China now must create more of its own IP. And while it has universities and sophisticated private corporations that can do this, the key question is whether these entities will have incentive to innovate freely despite the recent crackdown.

The answer remains unclear, because President Xi Jinping is committed to maintaining the position of the Communist Party of China (CPC) at the apex of Chinese society and business. After launching campaigns to crack down on corruption, he has since moved to bolster the role of state-owned enterprises (SOEs), even though these tend to be the Chinese economy’s least productive players.

Despite the central government’s favouring of SOEs, the private sector has grown substantially (typically with local government support), and wealthy entrepreneurs like Alibaba co-founder Jack Ma have captured the public’s imagination, sometimes even daring to criticise state policy. The authorities insist that the crackdown on magnates like Ma and their firms is being carried out in the interest of “common prosperity.”

It is billed as a move against extreme individual wealth (read: billionaires), corporate monopoly (Alibaba and Tencent have allegedly used their platform power to constrain user choice), and exploitation of workers by platforms that until recently boasted about their “996” culture (working from 9:00 am to 9:00 pm, six days per week).

And it will strike a blow in favour of data privacy (affording individual data protection against corporations, though not the government), and against cross-border data flows and foreign influence, including foreign listings.

To be sure, as with the anti-corruption campaign, many elements of the new agenda seem attractive. Who could disagree with the slogan “Housing is for living, not for speculation”? The problem lies not with the stated objectives, but rather with the pursuit of them in a system lacking checks and balances.

While the authorities have been careful to emphasise that the campaign is focused on the richest and most prominent entrepreneurs, particularly those who do not seem to be contributing much social value, it is also open-ended enough to target just about anyone. By cracking down on the extremely rich, the government risks discouraging the merely rich from trying to create value.

And who decides what is socially valuable? Bureaucrats and party officials do. It is they who determined that video games and private tutoring are more dispensable than chip manufacturing. And there is little to no avenue for seeking redress if they become overzealous in carrying out what they think Xi wants.

While parallels to Mao’s Cultural Revolution are probably overblown, fears that the new crackdown will prove counterproductive are not. Most likely, it will deter innovation and private-sector risk taking, while imposing excessively conservative party preferences on the activities that are being encouraged. Such outcomes are hardly in line with China’s need to shift to high-skilled, high-value production.

Moreover, the actions being taken today cannot simply be reversed tomorrow. Once trust in markets or the government is lost, it is not easily restored. This is especially true of confidence in the financial sector, where millions of Chinese have their savings tied up in half-finished houses and in wealth-management products sold by weakly regulated investment firms.

Though Chinese authorities have a record of allocating financial losses without precipitating panic, they should not assume that they can continue doing so. The government’s attempt to control the private sector will make it much harder for Chinese corporations to access international markets – an important factor in the country’s growth.

Consider the government’s drive to control data, including requiring that it be stored within China. Chinese service firms like Ant and ByteDance may find it much harder to sell products around the world when potential customers (and their governments) fear that the CPC will have access to their personal data.

The government is also attempting to reduce foreign regulators’ leverage by discouraging foreign listings. But the perception that Chinese firms are subject to Western standards of governance is what has allowed them to expand their access to risk capital. With capital currently plentiful and cheap in China, this may not matter much now; but conditions will change.

Although China’s business crackdown is broadly consistent with the public mood around the world, it risks going too far, because there are so few checks on the CPC’s power, and within the party on its leadership. The slow negotiation on spending bills in Washington, DC, may dismay many observers, but it also speaks to the virtues of the democratic process. Because no single view dominates, there is less chance of a mistaken approach snowballing out of control. – Project Syndicate 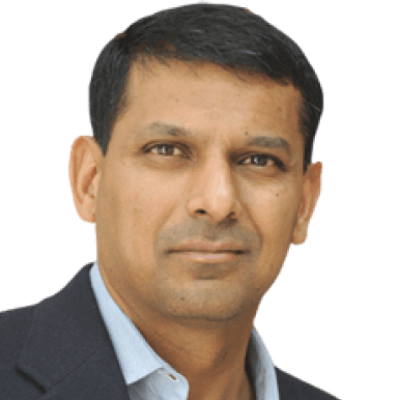 Raghuram G. Rajan, former governor of the Reserve Bank of India, is Professor of Finance at the University of Chicago Booth School of Business and the author, most recently, of The Third Pillar: How Markets and the State Leave the Community Behind.