The COVID-19 crisis has highlighted the fragility of the world order. Governments have sought to limit the spread of the virus through lockdowns and travel restrictions, which have stalled economies and created a global recession. Poorer countries, lacking the resources and resilience to mitigate the pandemic, will be hit hardest. Like climate change, COVID-19 will exacerbate global inequalities.

That parallel offers valuable lessons. As with shifting weather patterns and loss of intact ecosystems and biodiversity, COVID-19 is a threat multiplier. Just as policymakers address the short-term effects of greenhouse gases and fossil fuels, governments have scrambled to address the immediate health and economic consequences of the virus, while overlooking broader security risks. And yet, as with climate change, ignoring the socio-political dimensions of the crisis leads to increased instability, extremism, migration, and outbreaks of new or recurring epidemics.

The spread of COVID-19 will affect sections of society most vulnerable to climate change. Disadvantaged populations face higher health risks because of a lack of access to adequate water, sanitation, and health facilities. The poor, homeless, or displaced often lack the ability to self-isolate in the absence of suitable homes, job security, or a social safety net. In the United States (US), for instance, death rates have been disproportionately high among African-Americans, a reflection of longstanding structural inequalities.

The effect of COVID-19 on food security is also similar to that of climate change. Disenfranchised communities suffer more from the consequences of disruptions to supply chains and a tightening of international trade. The livelihoods of small-scale farmers, pastoralists, and fishermen are adversely affected as well, while small and medium-size enterprises (SMEs) may be forced into bankruptcy or closure, driving low-income and middle-class citizens into poverty.

The ominous consequences don’t stop there. As with climate change, the pandemic’s destruction of livelihoods will reduce the opportunity costs of resorting to violence or may even create economic incentives to join armed groups, heightening the risk of conflict. The potential for violence is especially high in fragile political systems, within communities that have a history of conflict, and among the politically marginalised.

Governments’ inadequate or irresponsible handling of the COVID-19 crisis, of which Brazil and Nicaragua offer textbook examples, will strain relations with citizens and lead to increased public concern and dissatisfaction. It would not be surprising for tensions to culminate in civil unrest on a broader level, given the number of countries where food and water shortages, triggered by the state’s failure to adapt to climate-related setbacks, have fuelled social upheaval. There is also a serious risk that official mismanagement of the public-health crisis will marginalise populations even more and increase tensions along geographical, ethnic, or sectarian lines.

Likewise, people nursing grievances against their governments may exploit the pandemic to undermine the state’s authority. In the Lake Chad region, devastating droughts and a lack of government relief led to increased radicalisation and recruitment efforts by Boko Haram and other jihadist militias. The same chain of events contributed to the rise of the Islamic State in northern Iraq and Syria.

And, as with climate change, political elites aiming to mobilise support or conceal shortcomings can manipulate the crisis by scapegoating, which may cause more severe forms of violence. In Algeria, the government has exploited the health crisis to suppress the opposition, while nationalist politicians in the US and Europe have blamed migrants and foreigners for the spread of the virus, fuelling stigmatisation, discrimination, and racist attacks.

Indeed, many have noted the risk that the crisis may provoke a profound backlash against refugees. With camps for internally displaced persons particularly susceptible to outbreaks of contagious diseases, new inflows of people fleeing conflict or the effects of climate change may face stiffer resistance from authorities and local communities. At the Greek-Turkish border, security forces fired live ammunition and tear gas at refugees, demonstrating the lengths to which national governments will go to repel asylum seekers and migrants.

The COVID-19 pandemic has confronted the world with a test that it seems to be failing. Cooperation and inclusive approaches to addressing the multifaceted consequences of the crisis have been lacking. Policymakers cannot focus only on containing the pandemic, but must also invest in the future. That includes pursuing rapid, far-reaching, and unprecedented changes to limit global warming and strengthen our collective response to the threats it poses.

The world may now be more receptive to such reforms. We have no choice. While we may be able to manage the COVID-19 pandemic with social distancing, new antiviral drugs, and eventually, one hopes, a vaccine, climate change represents an even larger existential threat, because its effects have no defined treatment or lifespan. There may be a reset button for the post-pandemic global economy, but there is none for the planet on which it depends.

Will COVID-19 Trigger A Global Recession?

The World Must Not Forget Climate Change 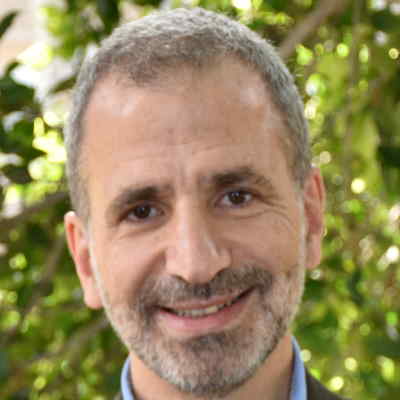 Nadim Farajalla is Program Director, Climate Change and Environment Program at the Issam Fares Institute for Public Policy and International Affairs at the American University of Beirut.