Around this time four years ago, the climate community was in shock. Just when the world seemed to be on the cusp of pursuing serious measures to fight climate change, voters in the United States (US) elected a president who would try to reverse all of the country’s previous climate achievements, causing immeasurable damage.

We are now finally approaching the end of that bleak era. Over the past four years, many outside the US federal government have continued to make progress against climate change. State and city governments, major institutions, and businesses large and small ignored the president’s backward-looking rhetoric and continued working towards a sustainable future.

And, outside the US, many other countries strengthened their climate commitments and instituted concrete action plans.

The European Union (EU) is leading the way. Under President Ursula von der Leyen, the European Commission (EC) has introduced a European Green Deal to achieve climate neutrality (net-zero carbon dioxide emissions) by 2050. And in a speech to the United Nations (UN) on 22 September, Chinese President Xi Jinping announced a similar goal for China, which is now committed to being “carbon neutral” by 2060. Given China’s starting position, this target is arguably even more ambitious than the EU’s.

In the US, President-elect Joe Biden has been promoting a “Plan for a Clean Energy Revolution and Environmental Justice,” which aims for 100 percent clean energy and net-zero emissions no later than 2050. With control of the Senate dependent on two run-off elections in Georgia next month, it is not clear how much of Biden’s plan will be enacted. But, either way, the new administration will take action to reduce emissions wherever it can.

Japan’s new prime minister, Yoshihide Suga, also has committed his country to achieving climate neutrality by 2050, and South Korea followed suit just days later. All over the world, climate action is near the top of the policy agenda. Now, we must find a way to move forward together to tackle this enormous challenge.

With Biden on his way to the White House, the US, the EU, and China have an historic opportunity to collaborate in ways that are both, effective and mutually beneficial. Strategies to reduce overall emissions in each of these three critical jurisdictions will accelerate recovery from the COVID-19 crisis in the near term and drive longer-term growth through a global clean-energy transition.

Coordinated action on this front would offer hope not just for climate stability, but also for international relations more generally. As the world’s three largest industrial powers, the US, Europe, and China are grappling with fundamental questions of coexistence across a wide range of issues, including trade relations, technology, geopolitical ambitions, human rights, security, and the scope of the free market.

Yet by issuing similar climate proclamations, Biden, von der Leyen, and Xi have implicitly acknowledged their common ground. The next step is to embrace this domain of agreement to launch a summit process through which more contentious issues can eventually be addressed.

With almost a year to go before the UN Climate Conference in Glasgow (COP26), these three leaders should start preparing the ground for meaningful multilateral action.

In doing so, each party can capitalise on promising advances over the past few decades. Technologies that were recently marginal are now standard features of the emerging 21st century energy system.

The dramatic decline in the cost of solar and wind has allowed these technologies to be deployed far and wide, and battery storage systems and electric vehicles are also experiencing rapid uptake.

Moreover, digital technologies are increasingly being used to connect all of the decentralised components needed for a climate-neutral economy. And there are many more cutting-edge technologies on the horizon, including highly efficient solar cells, reduced-cost geothermal energy, floating offshore wind farms, and green hydrogen. These innovations will only add to the momentum of the clean-energy revolution.

Investors have taken note, and many major companies are racing to stay ahead of the curve. But while recent private-sector commitments are promising, we can do even better. One of the most difficult but promising tasks in the coming years will be to unite different areas of innovation so that we can rapidly scale up deployment of green technologies.

Fortunately, because this effort will be labour-intensive, it can become a major source of jobs and new opportunities for economic development.

Though the direction the world is taking is clear, whether we will move as quickly as the climate crisis demands is not. We have all seen headlines about the disturbing developments in the Arctic and Antarctic; as the planet heats up, melting polar ice and glaciers, sea levels are rising, and dangerous tipping points have come into view.

The devastating wildfires in the western US and Australia in recent years are merely a preview of what awaits us. More frequent and severe floods, droughts, hurricanes, and other extreme weather will become the new normal if we maintain the status quo. Hope lies with resolute and persistent collective action.

By accelerating the clean-energy transition, we will not only avoid the most catastrophic consequences of climate change. We also will benefit from cleaner air and water, better jobs, more secure and resilient communities, and stronger economies long into the future.

In a world beset by crises and uncertainty, it is critical that we seize opportunities for concerted action when they arise. We are now living through one of those moments. Making the most of it will require skilled leadership, backed by a growing community of activists, scientists, entrepreneurs, and policymakers who are committed to meaningful climate action. Together, we can navigate the path to a better future for all.

The World Must Not Forget Climate Change 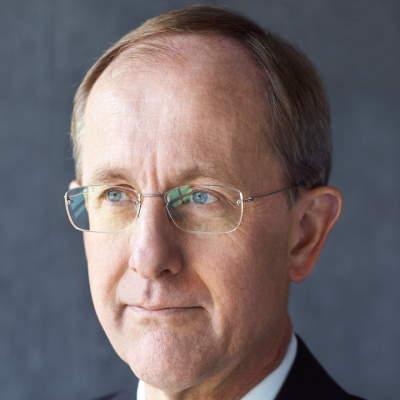 Jules Kortenhorst is CEO of the Rocky Mountain Institute. 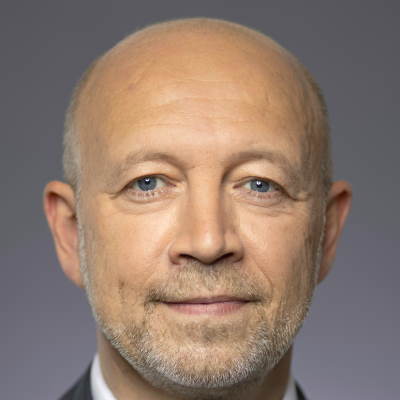 Andreas Kuhlmann is CEO of the German Energy Agency (dena) and Founder of the Start Up Energy Transition initiative.