Although countries like Israel, the United Kingdom (UK), and the United States (US) have done particularly well getting COVID-19 vaccines into arms as fast as possible, vaccine hesitancy remains a serious hurdle. In the US, it has already derailed President Joe Biden’s goal of administering at least one vaccine dose to 70 percent of the US population by 4 July.

In a CNN poll in April, about 26 percent of US respondents said they do not intend to get vaccinated at all. That is a big problem, given that near-universal vaccination is the only reliable way to end the pandemic. Assuming, for example, that COVID-19 variants as contagious as measles become dominant, achieving herd immunity could require that 94 percent of the population is immune.

In these circumstances, policymakers might be tempted to try to suppress vaccine hesitancy – much of it fuelled by conspiracy theories. To believers, the real danger is not COVID-19, but that Bill Gates is using vaccines to implant microchips in our brains.

But aren’t conspiracy theories just another form of free speech? In his classic defence of that principle, On Liberty, John Stuart Mill offers two arguments: those who hold erroneous beliefs are more likely to abandon them in a free exchange of ideas, while vigorously contesting a true belief prevents it from becoming an unexamined prejudice or dogma.

In fact, conspiracy theorists rarely abandon their beliefs through a free exchange of ideas. Conspiracy theories have a “self-sealing” property, whereby new information that challenges the belief comes to be seen as further proof of it.

If you try to convince a “9/11 truther” that the 11 September, 2001, terrorist attacks were not, in fact, an inside job, they will probably lament that you have been brainwashed, too, and urge you to read a report or watch a documentary showing that the official version of history is a lie.

The point to remember is that conspiracy theorists genuinely believe that a small secret group of people – a cabal – controls the world. With this as one’s premise, it makes sense to interpret all new information as validation of it. Should we therefore stifle conspiracy theorists in the interest of facilitating a rational exchange of ideas?

Mill, who opposed all forms of censorship, argued that such a public intervention is justified only on the basis of the “harm principle.” As he famously put it in On Liberty: “the only purpose for which power can be rightfully exercised over any member of a civilised community, against his will, is to prevent harm to others.”

Considered in isolation, many conspiracy theories do not fall afoul of Mill’s principle. Simply believing that aliens have landed at Roswell, New Mexico, or that no one landed on the moon doesn’t hurt anyone, though otherwise harmless conspiracy theories can of course encourage harmful acts.

For example, the belief that 5G technologies help to propagate COVID-19 has led people in the UK to burn down cell towers.

Moreover, conspiracy theories sometimes do inflict direct harm, as is often the case when they are linked to anti-Semitism. It might not matter that the British conspiracy theorist David Icke believes lizards are ruling the world; but it does when he lashes out against “Rothschild Zionists.”

Going back at least as far as the notorious Czarist secret police fabrication, The Protocols of the Elders of Zion, Jews have been the conspiracy theorist’s cabal par excellence, which helps to explain why figures such as George Soros remain the subject of conspiracy theories – and the target of threats and defamation – to this day.

Similarly, many of those who violently attacked the US Capitol on 6 January, 2021, subscribe to the QAnon conspiracy theory, which holds that Barack Obama, Hillary Clinton, and Soros are part of a Satanist, paedophilic child sex-trafficking ring. In this case, the US has a number of legal measures designed to encompass the negative effects of conspiracy theories, such as “breach of peace” ordinances and laws against disorderly conduct or “hate speech.”

But, again, these statutes address individual actions, not the beliefs themselves. The problem with vaccine hesitancy is not the belief that Gates is trying to implant a microchip into your brain; it is the act of not getting vaccinated. What, if anything, can the state do about that?

Evidence from the UK suggests that as more people get vaccinated, vaccine hesitancy declines. The UK and US both started with similar levels of “anti-vax” sentiment last summer, but such views have plummeted in the UK, and the country is now outpacing the US in vaccinations. This suggests that as more people get vaccinated and see that everything is okay, others may be more likely to follow suit.

The best way to create this virtuous cycle is not to censor conspiracy theories but rather to vaccinate more people and spread the message that vaccines are indeed safe and effective. Seeking to prevent false beliefs from being aired simply gives ammunition to those claiming that the state is out to get them.

For the final holdouts, vaccine mandates might be the only solution, particularly if countries remain far short of herd immunity. With the highly contagious Delta variant ravaging communities with lower rates of vaccination, this would be a true application of Mill’s “harm principle”: to prevent harm to others.

As Mill observed, all beliefs are either wholly false, partly true, or wholly true. In the case of conspiracy theories, we should remember that many are often based on some grain of truth, or at least on a legitimate impulse to challenge the elite consensus. No, Gates doesn’t want to control our minds with microchips; but it is perfectly reasonable to worry that today’s tech giants have too much influence over the way we think.

Exploring these nuances is what Mill meant when he advocated for the vigorous public contestation of true beliefs. Though we might beat the pandemic eventually, the battle for critical thinking will go on. 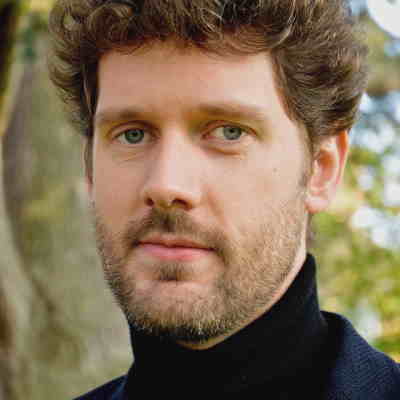 Hugo Drochon, Assistant Professor of Political Theory at the University of Nottingham, is the author of Nietzsche’s Great Politics.