The first vaccine deliveries by the COVID-19 Vaccine Global Access (COVAX) facility to Ghana, Nigeria, and Ivory Coast brought a glimmer of hope to African countries keen to start immunising their populations against the disease.

But while COVAX is ramping up deliveries, its mission to provide rapid, fair, and equitable access to COVID-19 vaccines to people everywhere is being threatened by rich countries ordering more than they need. This worrying global imbalance in vaccine distribution could hold back Africa’s recovery and prolong the pandemic worldwide. COVAX is the world’s best opportunity to avoid this scenario.

Never before has the entire global population simultaneously needed a vaccine against the same disease, and COVAX is enabling remarkable collaboration to meet the challenge, bringing together governments, global health organisations, the private sector, scientists, and many other partners to develop, manufacture, and deliver vaccines.

We will ultimately measure the success of this unprecedented undertaking over several years, if not decades. But COVAX is already on track to deliver two billion COVID-19 vaccine doses to countries of all income levels in 2021, and has the world’s most diverse and actively managed vaccine research-and-development portfolio. The goal is to ensure that the most vulnerable populations receive COVID-19 vaccines by the end of this year.

And yet developing countries must compete with wealthy countries, some of which have ordered sufficient vaccine supplies to vaccinate their populations several times over. The African Union (AU), by contrast, has ordered vaccines for only 38 percent of the continent’s population, and even if countries want more, supplies are not immediately available.

Some even fear that vaccine manufacturers may be focusing on fulfilling bilateral agreements with wealthy countries, instead of delivering doses to COVAX.

Fears about lagging vaccine supplies may be contributing to African authorities’ efforts to source vaccines elsewhere. The AU has set up the African Vaccine Acquisition Task Team (AVATT), a platform for African countries to pre-order and purchase vaccines.

Russia has offered 300 million doses of its Sputnik V vaccine for purchase through AVATT, but it is unclear when such doses might be delivered, or at what price.

Meanwhile, some governments are pursuing bilateral arrangements. South Africa has paid US$5.25 per dose of the Oxford-AstraZeneca vaccine, more than double the price that European countries are paying.

Zimbabwe is using the Chinese Sinopharm vaccine, and Nigeria’s health authorities have announced that they are in discussions with Russia and India to procure vaccines.

Although the costs of many of these bilateral deals are unclear, they are happening outside of COVAX, which is committed to negotiating the most affordable price for the vaccines it procures. COVAX can succeed as a central mechanism for ensuring equitable vaccine access, but not if countries pursue their own interests or are forced to procure doses in other ways.

Some countries appear to be using their vaccines to advance political ends. While the AU has shown leadership by establishing AVATT, it should continue to coordinate with COVAX to avoid duplicating or undermining collective efforts.

At the same time, COVAX itself should focus on supplying higher volumes to low- and middle-income countries (LMICs), including African countries. Currently, the scheme aims to provide vaccine doses to at least 20 percent of these countries’ populations by the end of 2021, which is lower than many African governments would like.

The Africa Centers for Disease Control and Prevention has set a target of vaccinating 35 percent of Africa’s population this year, and eventually at least 60 percent which is consistent with the goals of higher-income countries.

COVAX ultimately aims to supply LMICs with as many as 1.8 billion doses in 2021, contingent on funding and supplies. African governments should therefore align their efforts with COVAX to ensure that these goals are met. This would offer the best prospect of ending the pandemic as quickly as possible, while ensuring transparency and rigor regarding vaccine safety.

Ultimately, COVAX’s purpose is to enable equitable access to COVID-19 vaccines. Making Africa wait is unfair and unwise. Although overall case numbers are much higher in Europe and the United States (US), Africa’s need to protect frontline workers and other vulnerable groups is no less urgent.

The longer it takes to vaccinate the region’s population, the greater the risk that new coronavirus variants will emerge that can again threaten the world.

Many countries understandably regard their own citizens’ health and economic welfare as the top priority. But no one will be safe from COVID-19 until we all are.

COVAX remains our best tool for expanding vaccine protection, and rich- and poor-country governments alike must support it. 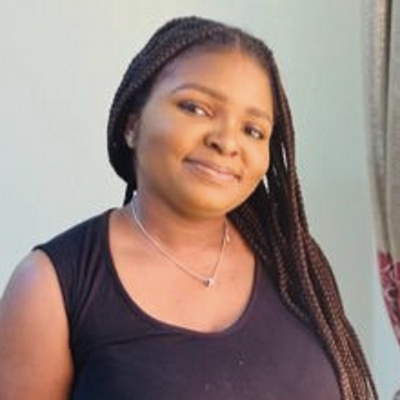 Oyeronke Oyebanji, a public-health professional and 2021 Aspen New Voices Fellow, is Strategy Coordinator at the Coalition for Epidemic Preparedness Innovations and a member of the COVAX Strategy Coordination Office.