The ongoing standoff between Chinese and Indian forces along the two countries’ disputed Himalayan border recently resulted in the first troop casualties there in decades, with some Indian soldiers killed in particularly brutal fashion. Moreover, the intensity of China’s multiple cross-border incursions suggests approval from the highest levels of the Chinese government.

Satellite pictures confirm that Chinese forces have occupied at least 60 square kilometres (23.2 square miles) of territory that India claims as its own. Indian Prime Minister Narendra Modi’s government has downplayed this uncomfortable reality, perhaps out of concern that publicly acknowledging the truth would inflame domestic public opinion and fuel a highly undesirable escalation of tensions. A less benign interpretation, however, is that the government is embarrassed, because its claim to be more muscular than its predecessor in confronting external aggression has been proven hollow.

But China’s recent sabre-rattling may paradoxically benefit India by jolting it out of one of its periodic stupors. After its disastrous 1962 war with China, for example, India undertook a sweeping modernisation of its military and subsequently won a decisive victory in the 1971 Indo-Pakistani War.

Similarly, after its own misguided economic policies raised the spectre of mass starvation in 1966-67, India launched the “Green Revolution,” and today has nearly 100 million tons of grain stocks. And, following its massive balance-of-payments crisis in 1989-91, India initiated a historic economic liberalisation program that ushered in a quarter-century of unprecedentedly rapid growth.

In each case, a crisis served as a kick in the pants. China has now delivered another. The Communist Party of China (CPC) has been adept at leveraging the country’s humiliation at the hands of foreign powers in the 19th century to drive domestic change while preserving its own political monopoly. But the CPC’s recent aggressive behaviour toward India mimics that of China’s former imperial masters – and will likely have similar consequences.

First, China’s show of force will set back its relations with India by decades. Since the turn of the century, Indian policymakers have wrung their hands over how to handle China’s extraordinary rise. They are well aware of how China has sought to stymie India, whether by offering neighbouring Pakistan carte blanche regarding cross-border terrorism, blocking India in different international fora, or making strategic inroads in its neighbourhood. But Indian governments, recognising their country’s weakness, have been loath to poke the dragon with which it shares a border more than 4,000 kilometres (2,485 miles) long.

India will now be less inhibited about deepening ties with the other three members of the so-called “Quad” (Australia, Japan, and the United States) and more forcefully embracing the “Indo-Pacific” concept. Furthermore, it will be increasingly wary of participating in Chinese-led multilateral fora, and, where possible, will seek to hinder China’s efforts to establish a Sinosphere.

Second, it has become abundantly clear that India’s military inferiority to China reflects a widening economic gap. The previous Indian government, under Prime Minister Manmohan Singh, raised the economy to new heights in its first term (2004-09), and lowered it to new depths in its second (2009-14). But, under Modi, India’s economy has been spinning its wheels, and reform has now become an existential necessity for national security.

Moreover, the government’s populist policy of sharply raising army pensions has meant that India’s defense budget this year allocated more money to military retirement benefits than to army salaries. Indeed, defense pensions as a share of non-pension defense spending has quadrupled, from less than 10 percent in the late 1980s to over 40 percent this year. And with salaries and pensions accounting for nearly three-fifths of Indian defense spending, there is little left to invest in modernisation. Whereas China spends more than two-fifths of its defense budget on modernisation, and Pakistan more than one-third, the share in India’s case is barely one-quarter.

Finally, while Modi’s ruling party has polarised Indian society around religion, China has now inadvertently supplied the glue to bind Indians together – if only in shared hostility. Chinese President Xi Jinping seems to have a unique ability in that regard. For example, Australians’ trust in China has fallen to its lowest ever level. Australia, as much as any Western country, had previously sought strong ties with China. But when the Australian government called earlier this year for an independent inquiry into the origins of COVID-19, China retaliated by blocking Australian imports, underscoring the degree to which it is now using economic coercion against its critics.

Likewise, a Pew Research Center survey in March found that a record 66 percent of Americans had an unfavourable view of China. And China’s aggressive stance toward Hong Kong ensured that incumbent Taiwanese President Tsai Ing-wen comfortably won re-election in January, after the opposition Kuomintang had seemed poised to win on a platform of closer economic links with China.

Of course, India being India, there will be no seismic changes. But the country’s foreign policy and the direction of its economic and military reforms will increasingly reflect the challenge posed by China, which Indians now regard as their principal enemy. Ironically, as India seeks to escape China’s shadow, it will have its powerful neighbour to thank for finally triggering changes that should have happened long ago.

A Reset Button On India And China’s Relationship? 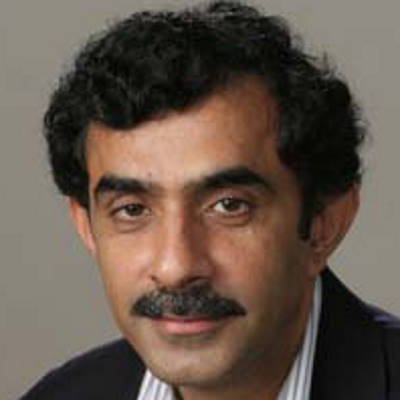