Many people say that damage to the environment is a risk of development. Based on this belief, there is also the assumption that it is impossible that development without destroying the environment can be realized. But that is not true, it can be done.

Many people question the possibility of development without harming the environment by asking “if development is carried out without destroying the forest or deforestation, then if you want to build a road, is the road built on trees and crosses the forest?”

This question is indeed quite intriguing; how can a road be built across the forest without touching the forest itself? It is possible if civil development technology is adequate – then this dream can be realized. However, it is unfortunate that the dream technology may only exist in an unknown future and that means for now it is all very impossible.

Exploitative development is indeed very profitable. Just look at the countries that are able to take advantage of their natural products like fossil fuels, and are able to quickly become economic giants such as the United Arab Emirates.

Similar things can be seen in ASEAN member state Indonesia as well. However, poor governance and integrity make the country’s wealth benefiting only certain groups of people.

In contrast to Singapore, a country that can be said to have no natural resources - has to rack its brains to strengthen its economy. Various ways have been taken by the country to improve its economy, including tourism development and trade. Strengthening human resources, ease of investment, and high integrity are the keys to Singapore's economic strength.

Currently, the world is still in the phase of economic recovery due to the COVID-19 pandemic. To reach a point of stability, the application of the usual business development model will certainly not make a big contribution. The economic recovery phase should be momentum to reorganize the development model that has been implemented so far. More creative development without damaging the environment must be realized immediately.

To accomplish such an idea, there are three basic points, which in my opinion, are the foundation for implementing the new model of development.

First, is to make the environment a common issue in development. So far, the environment is still seen as a separate sector, therefore, its handling often does not get special intake because there are other sectors that are considered more important.

Second, is to stop exploitation by applying new and renewable energy. It is proper for development in the modern era to think more about the sustainability side of the energy that will be used. Awareness that fossil energy is an energy that will run out - must be a driving force to create new energy alternatives that are environmentally friendly and sustainable. There are many alternative energies that can be used, such as solar panels, geothermal, and even waste that can be processed into energy.

It is now the time for the world to rise. Not only rising from adversity due to being hit by COVID-19 but also rising from environmental damage which is increasingly worrying. 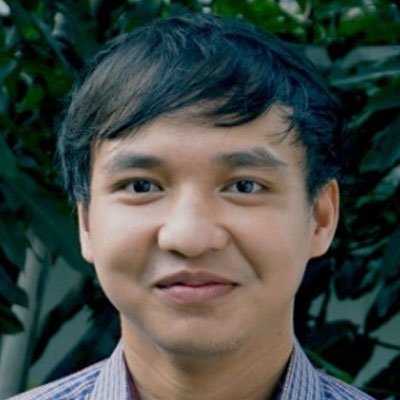 Delly Ferdian is a Researcher at the Madani Berkelanjutan Foundation, and Author of the book "It's Time to Build the Economy Without Damaging the Environment”.