In 1988, Margaret Thatcher, then Prime Minister of the United Kingdom, made a speech in Bruges, Belgium. She summarised her views in a related magazine interview in which she said “They are casting their problems at society. And, you know, there's no such thing as society. There are individual men and women and there are families. And no government can do anything except through people, and people must look after themselves first. It is our duty to look after ourselves and then, also, to look after our neighbours."

The vision that Margaret Thatcher articulated in 1988 has set the model for how we live now and for which many of us have voted many times. It is the Empire of the Market. At its core is the free choice of an individual over regulation by an overbearing state. This means less government, lower taxes, deregulation and businesses freed from the dead hand of bureaucracy or any wider obligations to society.  Thatcher argued that a free market is the only system that works, that it is the best way to build wealth, distribute services and grow the economy. Her vision was so alluring that by 1988 she was already in her third term as Prime Minister and was a role model for many other world leaders. Thatcher described her support of free markets as moral in that moral behaviour requires free-choice by the individual to make the right decision. An enthusiastic and supportive media labelled those unwilling or unable to exert their free choice as scroungers, workshy and lazy, their children as delinquent, their lifestyles as feckless. In the following decades, personal taxes were slashed, essential services, such as water, power and telecommunications, privatised and education, especially higher education, increasingly commoditised. The purpose of universities was to train graduates for employment, the value of research was to serve the commercial needs of industry, the costs of science, technology and innovation were to be recouped - immediately. Interestingly, the only areas where the state, i.e. tax payer, covered long-term costs was in military expenditure and bailouts to failing businesses that were deemed `too big to fail’. No wonder our role models are now tycoons, captains of industry and successful speculators not teachers, doctors or scientists. Margaret Thatcher believed that `there is no alternative’ to the Empire of the Market. Until now, her vision has prevailed.

Now locked down at home, worried about our future and pondering the wisdom of signing up to a gig economy without social safety nets, it might be wise to reflect on whether there really is no alternative to the Empire of the Market. We have already had warnings of its limitations. When the crisis of 2008 revealed the risks of an unfettered financial services sector, we left it to self-regulate. When extractive industries continued to damage our environment and health, we carried on consuming. When climate change disturbed planetary ecosystems, we said that bold actions were too expensive. In each case, we let a free market decide what was best for us as individuals, not for us as part of society or indeed as guests of the planet. Now a virus a few nanometres in length has said `think again.’ As long as the State wasn’t forcing us to stay indoors, we retained the free choice to infect others, including our families, friends and neighbours. Italy, Spain and, now, the UK will soon learn the cost of individual free-choice to make the wrong decision.

This crisis forces us to reconsider the role of the state and society in making the right decision. We now need the state to provide the doctors and nurses to save us, the teachers to educate our children and the scientists, technologists and innovators to provide long term solutions to existential challenges facing us all. To quote Benjamin Franklin, in a post COVID world, `we must all hang together or, most assuredly, we shall all hang separately.' This requires leadership, innovative ideas and, yes, collaborations between societies and states that will compromise our free-choice but equip us to meet the huge challenges facing humanity before the Empire of the Planet strikes back – again. 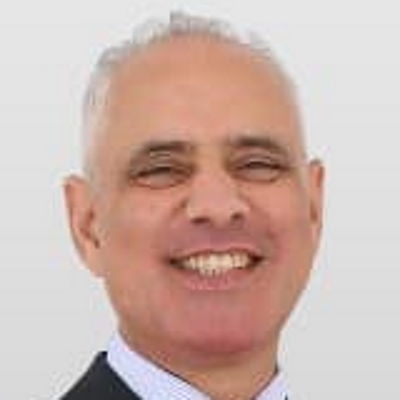 Sayed Azam-Ali is the CEO of Crops For the Future Research Centre, an organisation that is dedicated to developing solutions that diversify agriculture using underutilised crops.