The concept of environmental, social, and governance (ESG) reporting standards has gone mainstream. Major Wall Street firms have adopted ESG standards as a guide to responsible investment, compelling the thousands of corporations in which they invest to do so as well. But is ESG helping investors and corporations that operate in the Global South allocate capital more efficiently? Or is it just an expression of the rich world’s postmodern values and priorities?

ESG requires companies to report on their environmental practices and associated climate risks; on their treatment of workers, clients, and the communities in which they operate; and on various governance criteria such as board diversity and the regularity of internal and external audits for bad behaviour.

The process is meant to leave investors more informed about a firm’s overall impact on stakeholders, the implication being that unless firms are aware of their overall impact, overlooked or neglected issues may come back to bite them.

The ESG approach thus mixes the dictum that “what gets measured gets managed” with the late Harvard University professor John Ruggie’s observation that corporations have an interest in adopting their stakeholders’ values, such as human rights. On the face of it, this looks like an improvement over a narrow focus on the bottom line.

But to what extent does ESG help countries in the Global South close the enormous income and welfare gaps separating them from advanced economies? A closer examination finds that nothing in the ESG framework would explicitly favour the kinds of investments needed to achieve this end.

An alternative framework is urgently needed. Shared growth in most developing countries is constrained by the inability to sustain higher imports, which are needed to produce almost any modern good or service. A dearth of foreign exchange reduces the availability of the necessary inputs.

To import more, you need to be able to export more. Weak export capacity translates into a low import ratio and a growth rate that is highly sensitive to exogenous increases in the capacity to import, which could stem from improvements in the terms of trade, increased aid, or easier access to finance, as happened during the 2004-14 commodity super-cycle.

Consider the following comparison between Japan and Bangladesh, Ethiopia, Nigeria, and Pakistan – all countries with a population between 100 million and 200 million. Before the COVID-19 pandemic, Japan was 19 times richer than Ethiopia and 8-9 times richer than the others. Its import-to-Gross Domestic Product (GDP) ratio was 2-3 times higher than the others. And the price of a dollar in units of comparable domestic output in Japan was about one-third that in the other countries.

A high price coupled with a low quantity is a tell-tale sign of a foreign-exchange constraint. Moreover, in Ethiopia, Pakistan, and most other low-income countries, exports pay for less than half of the import bill. The rest comes from foreign aid or unsustainable borrowing.

In a growing economy, it is important that exports complement the growth process as wages rise. If sustaining exports depends on keeping wages low, rising incomes will reduce the capacity to export, thus throwing a wrench in the growth process. Fast-growing countries in East Asia and Eastern Europe can sustain rising incomes because they have shifted their export basket toward more complex products.

By contrast, Sri Lanka’s export industries – tea, cinnamon, coconuts, and even garments – struggle to keep up with wage increases in the rest of the economy. Hence, when its overall economy does well, these industries shrink, thereby reducing the country’s capacity to import and triggering a balance-of-payments crisis and a growth slowdown. Sri Lanka has experienced this scenario repeatedly, including right now.

Moreover, in middle-income countries, the domestic market is usually characterised by large conglomerates that have taken dominant positions in non-tradable activities such as retail, banking, insurance, construction, telecoms, and beverages (typically beer and soft drinks). These sectors have enough monopoly power to be generous to their workforce. They also can design products for bottom-of-the-pyramid clients and excel in all the parameters that ESG cares about.

Nevertheless, these industries require foreign exchange that they themselves do not help to generate. They therefore cannot push the country forward beyond the output that can be supported by the export capacity of others. Moreover, as I argued recently, they have dismal records in research and development or other metrics of innovation – though none of this hurts them in the current ESG metrics.

This type of business structure explains a feature of today’s low- and middle-income countries that would have surprised Karl Marx. He predicted that capitalist production by firms that own their means of production and hire workers for a wage would displace artisanal production by craftsmen who own their own tools.

Instead, capitalist production hires only half of the labour force in middle-income countries and much less than that in low-income countries. The rest of the labour force is self-employed or works in micro-enterprises that resemble those of Marx’s own time. This situation is intimately related to the dearth of foreign exchange. Simply put, modern non-tradable activities cannot grow beyond the economy’s capacity to generate foreign exchange.

Unfortunately, ESG is disconnected from the criteria that would favour truly effective and transformative investments in the Global South. Instead, it inadvertently favours the monopoly producers of non-tradeables that can afford the greater ESG reporting and governance costs.

The motivation behind ESG comes from a good place. But the world needs a different scorecard, one that would favour specifically those export activities that allow for greater complexity, innovation, and higher wages. – Project Syndicate 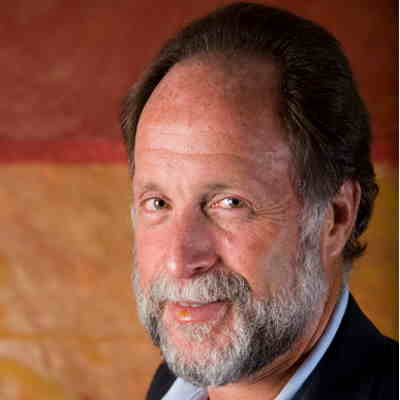 Ricardo Hausmann, a former minister of planning of Venezuela and former Chief Economist at the Inter-American Development Bank, is a professor at Harvard’s John F. Kennedy School of Government and Director of the Harvard Growth Lab.