The bilateral relations between the Philippines and the European Union (EU) have been relatively friendly for quite some time until it soured when the Duterte administration launched its war against illegal drugs. The somewhat embittered relationship started when the EU Parliament in September 2016 passed a resolution expressing its dismay, calling on the Philippine government to look at the casualties of its war on drugs, more specifically on the extrajudicial killings.

On 17 September 2020, EU lawmakers adopted a resolution which threatens to revoke the Philippines’ Generalized Scheme of Preferences Plus (GSP+) status that provides tariff perks for Filipino goods based if the following conditions are not met: (a) drop charges against Maria Ressa of Rappler; (b) release opposition senator Leila De Lim who is currently detained in jail because of an illegal drugs-related charge; and (c) the immediate renewal of the denied ABS-CBN congressional franchise.

The said resolution also calls on the International Criminal Court (ICC) to continue its inquiry on the alleged crimes against humanity of Duterte because of his government’s fight against illegal drugs.

Aside from Duterte’s cabinet members who had taken offense against the EU, many Filipinos as well went on social media to express their frustrations. However, the Liberal Party and the Communist Party of the Philippines (CPP) and their affiliated organisations welcomed the EU’s actions.

Presidential Spokesperson Harry Roque in a press briefing last Friday, when asked about the matter, said, “Go ahead and revoke the country’s trading privileges. At the time of a pandemic, they are threatening us? What else do we lose? If the Europeans want to do it, we cannot do anything. Let them watch as the Filipino people suffer. The Europeans would be the biggest contributor to the “violation of the right to life of Filipinos” if they revoked this trading privilege”.

Speaker Alan Peter Cayetano of the House of Representatives (HOR) also known as the “House of the People” expressed his consternation and explicated the inaccuracies of the content of the said resolution. He pointed out that the recent actions of the EU against the Philippines were tantamount to interference in the domestic affairs of a sovereign state.

He said, “The Philippine House of Representatives takes exception to the outright interference of the European Parliament in the purely domestic matters of the Philippines by dictating on the government “to renew the broadcast license” of ABS-CBN and to “drop” the cyber libel charges against Maria Ressa. We thus take offense that the EU Parliament criticised the Philippine government first before asking questions, and prior to ascertaining the facts.”

He further said that the recent EU Resolution is a baseless one. He explained that “the conviction for cyber libel against Maria Ressa was made by the Trial Court after due hearings in accordance with our Constitutional due process and standard procedures of the Philippine Judicial System. The judgment resulted from a criminal complaint filed by a private individual who invoked his rights under the provision of the Cybercrime Prevention Act of 2012 against Maria Ressa and Rappler, a private online media company. This was never an issue of press freedom.”

Cayetano also defended the decision of the HOR on the disapproval of the congressional franchise application of ABS-CBN. He said, “The House of the People further declares that the denial of the franchise application of ABS-CBN was resolved after fair, thorough, and impartial proceedings conducted by the House Committee on Legislative Franchises taking into account all facts and issues bearing on the fitness of ABS-CBN to be given the privilege of using the airwaves of the State. The Committee’s resolution on the matter was in no way related to the freedom of the press. It is what it is – a denial of a privilege granted by the State because the applicant was seen as undeserving of the grant of a legislative franchise.”

Similarly, retired Ambassador Alberto Encomienda who served as ambassador to Greece, and who is a senior fellow at the Integrated Development Studies Institute (IDSI), a Manila-based think-tank and the founder of “balik-Balangay,” expressed that the recent EU Parliament resolution is somewhat an “aide-mémoire,” a reminder to Filipinos that, “history is indeed repeating itself.”

In an interview, he expounded that the EU is forgetting that Asian countries like the Philippines are no longer colonies, answerable to their colonial masters. He said, “In our case, would we really allow the EU Parliament to dictate to us what is good for us? How much would we accept the act of putting down the Philippines as a sovereign state concerning its sovereign actions? If that’s the case, then what kind of national lives are we going to live for ourselves as Filipinos then? It is as if we need to tie our hands on anything that might displease the EU. I don’t think so. That’s going too far already.”

The recently adopted resolution of the EU Parliament targeting the Philippines is seen by some Filipinos as “hypocritical.” They also see it as being disrespectful to the Philippines as an independent and sovereign state; and an imposition of a “double standard.”

Yet the recent actions of the EU Parliament, fundamentally violates the very creed and principles that these European states promised to uphold and respect when they signed the Treaty of Westphalia.

Moreover, the EU must take cognizance of its double standards vis-a-vis the Philippines. Before it can accuse the Philippine government of transgressions, it should remember what some European countries did to their former colonies in Asia, including the Philippines.

Likewise, before pointing fingers at the Philippine government, the EU should probably try to resolve the racial intolerance, discrimination and violent hate crimes in many of its member states including France, Germany, Italy, Spain, and Greece. It should also try to get to the bottom of the anti-Semitic movement, which remains a huge concern in Europe to this day.

To quote Dr Clarita Carlos, a seasoned political scientist/analyst and political science professor at the University of the Philippines (UP), “While there is the much-debated ‘responsibility to protect’ underpinned on the oneness of humanity, let us also remind the EU that before they start throwing stones in our direction, better check first the glasshouses they also live in.”

According to Secretary Ramon Lopez of the Department of Trade and Industry (DTI), the Philippines has always worked closely with the EU institution in-charge of the GSP+ scheme, and has already provided an objective explanation as to the various issues raised in the said resolution.

However, the EU, if it wants to, can suspend, or cancel the Philippines' GSP+ status. It can do so because its within the Union's sphere of power and influence. Nonetheless, whatever happens, the Philippines as a sovereign state has the right to stand its ground.

However, it would be pretentious for the EU Parliament to think that its recent actions against the Philippines are justified. As far as the majority of the Filipinos are concerned, such actions are seen as a direct assault on the sovereignty and independence of the Philippines.

The Philippines has a functional system of government. It has co-equal and co-independent branches of government, - executive, judiciary, and the legislature. It is very much capable of managing and determining its own internal and domestic affairs.

The EU probably has to be reminded that the Philippines is a co-equal sovereign state that has never interfered in its internal affairs; and that the EU must bestow the same respect and courtesy to the Philippines.

In order to protect its credibility as a well-respected member of the international community, the EU should exercise prudence, impartiality, and open-mindedness by studying the issues it has raised against the Philippines in its recent resolution, and listen to all parties involved before acting.

The War Against Illegal Drugs Amid A Pandemic

Why Did Congress Deny ABS-CBN A Franchise? 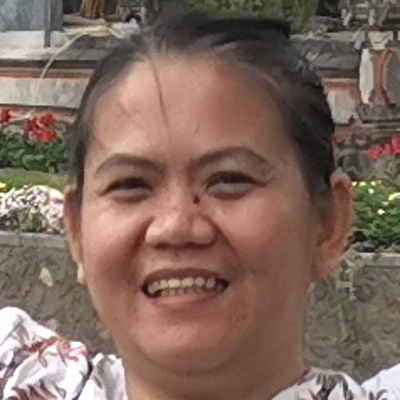