The contrast between the silence of Europe’s streets and squares and the tumultuous, painful reality in many of its hospitals is heart-breaking. COVID-19 has not only Europe but the entire global community in its grip. It is already clear that the pandemic will reshape our world. But precisely how will depend on the choices that we make today.

The coronavirus should be seen as the world’s common enemy. Though this is not a war, we nevertheless need a “war-like” mobilisation of resources.

But in times of crisis, our instinct is to turn inward, to fend for ourselves. This reaction, though understandable, is self-defeating. Going it alone all but guarantees that the fight will last longer, and that the human and economic costs will be far higher. Although the enemy has triggered nationalist reflexes, we can defeat it only with cross-border coordination – in Europe and beyond.

We need a common international approach to the pandemic and for assisting the most vulnerable, not least those in developing countries and conflict zones. I have emphasised this point in recent discussions with Group of Seven (G7) foreign ministers and many others. The European Union (EU) must and will be a part of the effort.

Now is the time to show that solidarity is not an empty phrase. Fortunately, that is already being demonstrated in Europe, where France and Austria are sending more than three million masks to Italy, and where Germany is taking in and treating patients from France and Italy. After a first phase of diverging national decisions, we are now entering a phase of convergence in which the EU takes centre stage.

For its part, the organisation is stepping up with decisions to facilitate joint procurement of vital medical equipment, a joint economic stimulus, and coordinated consular efforts to repatriate stranded EU citizens. Following a virtual meeting of the European Council, EU leaders have agreed to intensify their joint efforts, not least by developing a European crisis-management system and a shared strategy to manage the coronavirus.

The COVID-19 crisis is not a battle between countries or systems. At different stages of the pandemic, there has been reciprocal assistance between Europe, China, and others, demonstrating mutual support and solidarity. The EU supported China when the outbreak emerged at the beginning of the year, and now China is sending equipment and doctors to help affected countries around the world.

These are concrete examples of global solidarity and cooperation; they need to become the norm. One way to think of COVID-19 is that it is accelerating history. Through whatever changes are in store, the EU must remain a unifying factor, by promoting joint efforts with China and the United States (US) to address the pandemic and its consequences. Only with these three powers pulling in the same direction can the Group of 20 (G20) and the United Nations (UN) make a real difference.

Beyond international coordination between governments, cooperation among scientists, economists, and policymakers also needs to be scaled up. During the 2008 financial crisis, the G20 played a pivotal role in rescuing the global economy when it was in freefall. There is once again an urgent need for global leadership along these lines.

There are four major priorities for global cooperation.

First, we must pool resources to produce new treatments and a vaccine, which should be regarded as a global public good. Second, we need to limit the economic damage by coordinating fiscal- and monetary-stimulus measures and protecting the global trade in goods. Third, we should be planning to re-open borders in a coordinated way whenever health authorities give the green light. Lastly, we must cooperate to fight disinformation campaigns.

The outcome of the G20’s recent virtual summit points in this general direction. But global and multilateral initiatives will need to be sustained and fully implemented in the days and weeks ahead.

As the virus spreads globally, we need to pay special attention to its growing impact on fragile countries, where it threatens to exacerbate existing security crises. In Syria, Yemen, Gaza, and Afghanistan, millions of people have already suffered through years of conflict. Just imagine what would follow if the coronavirus emerges in the region’s refugee camps, where sanitation and health services are already overstretched and humanitarian workers already struggle to deliver aid.

Then there is Africa, which is of paramount importance. Owing to the 2014-16 Ebola epidemic and other outbreaks, African countries have some experience that Europe lacks in this crisis. But health-care systems on the continent remain weak overall, and the number of infected people is growing.

In many developing countries, a large number of people often have no choice but to go out every day and make a living in the informal economy. Worse, handwashing and social distancing can be far more difficult in these countries, because running water is not always available and families tend to live in cramped spaces.

This is a fight that will need funding to win. Developing countries depend crucially on three sources of finance: foreign investment, remittances, and tourism. Yet all three are now being hit hard. Globally, capital flows have fallen dramatically as investors flee to safe havens and migrant workers lose jobs and are unable to send money home.

We are facing a global recession; to avoid an economic crash in developing countries, significant financial support and credit lines will be needed – and soon. Coordination among central banks and international financial institutions is the only viable way forward.

Finally, amid the overwhelming gloom, there is a chance to end long-running conflicts. There have already been some positive signs of cooperation between rivals. The United Arab Emirates and Kuwait, for example, recently sent aid to Iran, which has been hit particularly hard by COVID-19. No one can afford to wage multiple wars at the same time. As UN Secretary-General António Guterres has urged, we should use this crisis as an opportunity to restore peace.

The world initially met the crisis in an uncoordinated fashion, with too many countries ignoring the warning signs and going it alone. It is now clear that the only way out of it is together. 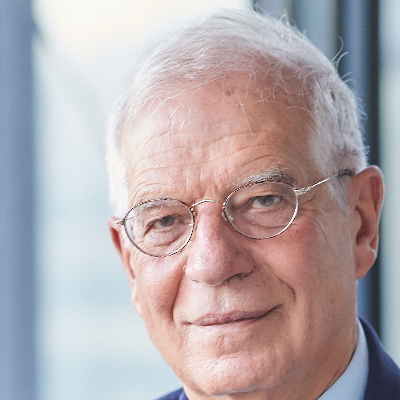 Josep Borrell is EU High Representative for Foreign Affairs and Security Policy and a vice president of the European Commission.