As the pandemic enters its third year, questions about COVID-19’s origins appear increasingly distant. But if we are to forestall another coronavirus pandemic in the 21st century, understanding the causes of the current one is imperative. Already, COVID-19 has caused more than 5.4 million deaths.

But that is just the beginning: the toll of the pandemic includes increased rates of obesity, unemployment, poverty, depression, alcoholism, homicide, domestic violence, divorce, and suicide. And, as the Omicron variant fuels record infection rates and disrupts economies in many parts of the world, pandemic fatigue is morphing into pandemic burnout.

Our chances of eliminating COVID-19 now appear increasingly remote. But, as we attempt to figure out how to live with the virus, we must also identify the missteps – accidental and otherwise – that led us here. And that means, first and foremost, turning a critical eye towards China.

It is well known that Chinese President Xi Jinping’s regime censored early reports that a new, deadly coronavirus had emerged in Wuhan and hid evidence of human-to-human transmission, thereby enabling a local outbreak to become a global calamity. What remains to be determined is whether COVID-19 emerged naturally in wildlife or was leaked from a lab – namely, the Wuhan Institute of Virology (WIV).

Here, too, China has embraced obfuscation rather than transparency. Xi’s regime has blocked an independent forensic inquiry into COVID-19’s origins, arguing that any such investigation amounts to “origin-tracing terrorism.” After Australia called for a probe into China’s handling of the outbreak, Xi’s government punished it with a raft of informal sanctions.

China had help covering up its bad behaviour. Early in the pandemic, World Health Organization (WHO) Director-General Tedros Adhanom Ghebreyesus parroted the Chinese government’s talking points and praised its handling of the outbreak. Instead of verifying China’s claims, the WHO broadcast them to the world.

Yet far from condemning this failure of global health leadership, France and Germany took the lead in nominating Tedros for a second term at the WHO’s helm, and the United States (US) decided not to field a candidate to challenge him. Having run unopposed, Tedros will now lead this critical institution for another five years.

The West also helped China to divert attention from the lab-leak hypothesis. Not only are several labs in the West engaged in research to engineer super-viruses; Western governments have ties to the WIV – a French-designed institute where US-funded research has been carried out. Both the National Institutes of Health and USAID have issued grants to EcoHealth Alliance, a group studying bat coronaviruses in collaboration with WIV researchers.

The US government has not disclosed the full extent of its funding to WIV projects, let alone explained why its agencies would fund research at an institution linked to the Chinese military. A January 2021 State Department fact sheet proclaimed that the US has “a right and obligation to determine whether any of our research funding was diverted to secret Chinese military projects at the WIV.” But why was that risk deemed acceptable in the first place?

The conflicts of interest surrounding the lab-leak hypothesis distorted early discussions about the origins of COVID-19. A letter published in the Lancet in February 2020, signed by a group of virologists, is a case in point. The letter “strongly condemned” those “suggesting that COVID-19 did not have a natural origin.” The message was clear: to lend any credence to the possibility of a lab leak would be unscientific.

The letter turned out to be organised and drafted by the president of EcoHealth Alliance. But by the time the conflicts of interest came to light, it was too late. Major US news organisations and social-media giants were treating the lab-leak hypothesis as a baseless conspiracy theory, with Facebook, Instagram, and Twitter censoring references to a lab accident.

It should always have been clear that the lab-leak hypothesis had merit: the 2004 outbreak of SARS (severe acute respiratory syndrome) in Beijing resulted from such a leak. Instead, frank discussion of the possibility was suppressed until May 2021, when US President Joe Biden announced that a lab accident was one of “two likely scenarios” on which US intelligence agencies would focus, as they carried out a 90-day inquiry into the pandemic’s origins.

By then, however, Chinese authorities had had plenty of time to cover whatever tracks there may have been. Add to that its unwillingness to cooperate in a probe, and it should not be surprising that the inquiry’s results were inconclusive.

But the exercise was apparently enough to convince Biden to take the pressure off China. Despite pledging to “do everything [possible] to trace the roots of this outbreak that has caused so much pain and death around the world,” he did not extend the intelligence inquiry, and he has since avoided any reference to the pandemic’s origins.

Xi announced last September that Chinese labs handling deadly pathogens would face closer scrutiny, but he continues to denounce any insinuation that the coronavirus could have been leaked. Meanwhile, China is profiting from the pandemic; exports are surging. The country has capitalised on the crisis to advance its geopolitical interests, including by stepping up its territorial aggression, from East Asia to the Himalayas.

But a reckoning may yet come. Nearly three-quarters of Americans now believe that it is “likely” that COVID-19 was leaked from the WIV. Moreover, as China’s neo-imperialist ambitions have become clear, unfavourable views of China have reached record highs in many advanced economies. If world leaders wanted a mandate to pursue further inquiries into the pandemic’s origins, it is safe to say they have it.

This is not the first made-in-China pandemic – the country also produced SARS in 2003, the Asian flu in 1957, the Hong Kong flu in 1968, and the Russian flu in 1977. If the world keeps letting China off the hook, it will not be the last. 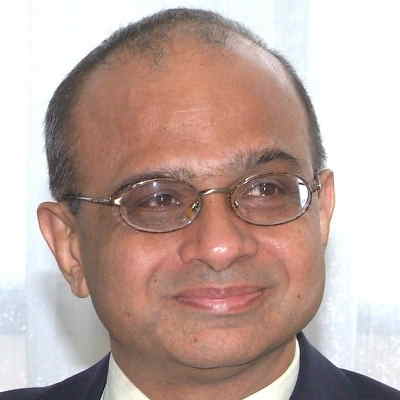