Like other regions around the world, Southeast Asia is no exception to decarbonising its energy sector, and improving its national energy security - perhaps simply because renewable energy (RE) has become cheaper. The ASEAN Member States (AMS) individually and collectively have set ambitious targets to incorporate RE in their energy system.

In some cases, the deadline to achieve these RE targets is fast approaching. For example, based on the National Energy Plan (RUEN), Indonesia sets a target of 23 percent RE share in their total primary energy supply (TPES) mix by 2025. At the same time, ASEAN as a region, through the ASEAN Plan of Action for Energy Cooperation (APAEC) Phase II also has a 23 percent RE share in TPES target, with a 35 percent target of RE installed power capacity by 2025.

Both are still some way off. Indonesia’s RE share in TPES needs to double the rate compared to its level in 2020, while, ASEAN needs a 9 percent increase on 2019 TPES levels and a 1.5 percent rise in Installed Capacity in 2020.

In addition to the looming deadlines, other external factors such as major financial institutions’ pledge to drop support for fossil-fuelled power plants will also be likely to accelerate RE penetration.

If this energy transition ambition is being followed through - the new variable renewable energy (VRE) power plants such as solar PV and wind will be crucial as the potential sites are generally more widespread and accessible than the more conventional RE such as large-scale hydro or geothermal.

However, if large amounts of VRE power plants are built and deployed into the system in a short timeframe without enough preparation in supporting infrastructures such as transmission grid and storage - it risks causing problems to the whole system.

Solar PV and wind are intermittent, as they are heavily dependent on weather and time of the day, leading to fluctuating electricity output. Meanwhile, the power grid requires the supply and demand of electricity to be equal every time to maintain a stable frequency.

For conventional systems, the balancing is done by switching dispatchable power plants such as natural gas and hydro - on or off. As vRE are non-dispatchable, they require energy storage to balance the electricity by storing excess generation during the peak production and low demand for later use. The transmission also must be able to manage and withstand the fluctuation of VRE-generated electricity.

Without these upgrades to the system, grid congestion and curtailment of RE-generated electricity could happen, which can cause both blackout and economic losses.

In Vietnam, it has seen a staggering eight-fold increase of rooftop solar in 2020 compared to the previous year, driven by the attractive feed-in-tariff (FiT), tax incentives, and land-lease exemption scheme. This is a commendable effort, as it shows that energy transition towards RE is feasible in ASEAN with the right policies.

However, this market rush also brought about technical issues: growing overcapacity and overloaded transmission channel due to the striking difference of electricity supply-demand throughout the day and fluctuating power on several complete transmission lines, especially on the 500-kV north-south transmission line. Furthermore, the sudden uptake of VRE, with the storage that is not dispatchable during flooding season that maximises hydropower output, caused further strain to the grid. The situation was also exacerbated by the plummeted electricity demand due to COVID-19, enlarging the gap between excess supply and actual demand.

Natural disaster factor aside, this phenomenon happened partly due to the absence of a rigid indicator of how much storage is needed and grid capacity to balance the intermittency in energy infrastructure. Although the government could turn to coal plants, the lengthy start-up time, rising cost, and environmental issues made this option contradictory to implementing RE. The government ended up planning to curtail about 1.74 billion kilowatt-hour (kWh) in the second half of 2021 as a response to maintain the distribution system.

Research conducted by the Australian National University (ANU) projected that the required storage if ASEAN goes almost 100 percent RE would be about 45000 Gigawatt hours (GWh). The best way forward is to combine various storage methods that are technically, economically, and environmentally feasible for each area’s context.

Building grid-scale lithium-ion battery plants is a more commonly adopted option, with the advantage of a short building period. However, the current cost is still relatively high, although it has been decreasing over the years. Furthermore, there’s a growing concern related to the shortage and competition of raw materials for other uses, such as electric vehicles and mobile electronics.

Pumped Hydro Energy Storage (PHES) is believed to be the best alternative that comprehends the requirements mentioned above, which is still yet to be explored further in ASEAN. ASEAN’s PHES potential is exceptionally high, with almost 50 times the required amount for 100 percent RE, or equivalent to two million GWh, according to the Global Pumped Hydro Atlas, due to the abundance of rivers or reservoirs.

There are two types of PHES; a conventional on-river system that connects reservoirs on two rivers with different altitudes; and an off-river (closed-loop) system that connects two reservoirs away from the river. Off-river storage would be more promising than the on-river system, with the less environmental impact caused by river damming and long service life of more than 50 years.

The moment significant growth of VRE enters the system and storage is available, the limited power transfer capacity from production to consumption locations can be eliminated by supplementing and/or upgrading transmission lines and substations, followed by providing faster and more efficient equipment grid operation. It can be done by reinforcing the grid operator’s capability to balance VRE supply through automated tools and ancillary arrangements.

Thus, grid capacity integration and new technologies are required. Following the suit of developed nations on digitalisation of energy systems could be the follow-up steps. By using a more balanced supply-demand approach, rather than the traditional approach - a one-way system where supply meets demand - flattening the consumption peaks is feasible to close electricity gaps.

Inadequate, inflexible, and weak existing grid infrastructure can be strengthened by utilising digital technologies such as the smart grid and forecasting electricity demand through Artificial Intelligence (AI) and Machine Learning technologies. Predicting energy demand will enable better energy allocation, which will increase efficiency and avoid losses.

From Vietnam’s massive RE growth, other AMS learned that supplementary infrastructure, such as storage and ample grid, should be planned way ahead and developed along with the deployment of vRE. The high upfront cost will be needed to achieve these, and challenging development should be anticipated due to the increased complexity of these multi-stakeholders issues.

ASEAN should be forward-looking and be better prepared in this ever-changing energy transition journey towards greener energy. 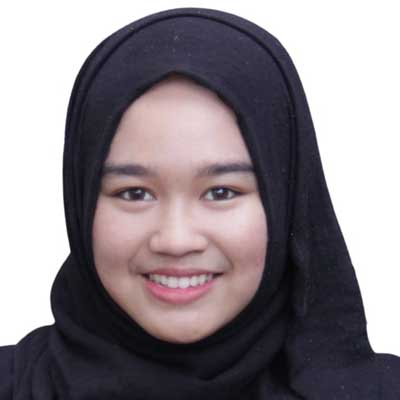 Amira Bilqis is an Intern from the Energy Modelling and Policy Planning (MPP) Department at the ASEAN Centre for Energy (ACE). She holds a bachelor’s degree in Law from Universitas Indonesia. 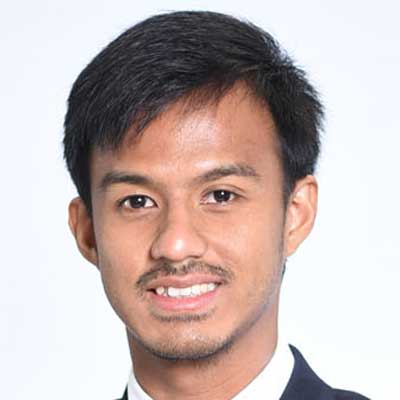 Sandy Fajrian is a Technical Officer from the Energy Modelling and Policy Planning (MPP) Department at the ASEAN Centre for Energy (ACE). He graduated from Bandung Institute Technology, Indonesia specialised in Geophysical Engineering.