United States (US) administrations come and go, but America’s repressive drug strategy remains a constant. Ever since President Richard Nixon declared a “war on drugs” in 1971, the world has hoped for a change in US drug policy with every new administration. Will President Joe Biden’s administration finally abandon his predecessors’ tried-and-failed approach?

In the 50 years since the war started, drug-trafficking cartels have seldom shied away from fighting it, resorting to murder and kidnapping and violently challenging law-enforcement agencies. Meanwhile, policymakers have used military resources and tactics to fight criminal organisations, and have spent billions of dollars on law enforcement and prisons.

But all these efforts have been to no avail, because demand for illegal drugs is steady and supply adaptable. Drug use is related to people’s circumstances or choices, so reducing demand through coercion is wishful thinking. No country in the last half-century has succeeded in eradicating the illegal drug market through enforcement.

My country, Colombia, knows better than any other how high the cost of a militarised response to illegal drugs can be. For decades, the US heavily promoted misguided policies based on forced eradication and coercive demand reduction across the Western Hemisphere. And many of our neighbouring countries’ institutional frameworks have been shaken to the core by pervasive criminal corruption and the collateral damage from militarising civil security.

Worryingly, countries in West Africa (part of a major global cocaine-trafficking route) and on the East African coast (part of a heroin route) are adopting similar drug-control tactics. These regions must not repeat the mistakes made in the West, where the consequences of US policy choices include rampant violence and neglect for public health and the rule of law. Of the world’s 50 most violent cities, an astounding 42 are in Latin America.

Colombia endured multifaceted violence for decades, while trying to raise its population’s living standards and establish democratic governance and institutions. The world should understand from our experience that, unlike in movies and television series, there are no lone heroes to decapitate transnational criminal organisations.

Fighting organised crime requires political will, targeted efforts, and above all, coordination between countries. Violent crackdowns on illegal drugs do not stop supply, trafficking, and demand from increasing steadily. Against this background, the new US administration fills many with hope. In their campaign platform, Biden and Vice President Kamala Harris pledged to end the federal ban on marijuana and not to imprison Americans solely because of drug use.

But Biden and Harris have not questioned America’s use of drug courts, which decide on rehabilitation and probation measures for people addicted to illegal drugs. In which other area of health care does a person have his or her treatment prescribed by a judge rather than a doctor?

We can all agree on the dangers that drug consumption and trafficking pose for our societies. But those who use drugs should be offered voluntary harm reduction and treatment programs. Problematic consumers need a trusting, therapeutic relationship with a physician, not sentencing by a judge.

I therefore strongly hope that the incoming director of the White House Office of National Drug Control Policy (the US “drug czar”), as well as Secretary of State Antony Blinken and public-health leaders, will use the experience and evidence we now have to promote policies that treat addiction and address the multifaceted nature of the problem. It is imperative to find common ground for collaboration and to refocus law enforcement on criminal elites.

This means, among other things, permitting countries where illegal drugs are produced to determine their policy responses. In particular, they should be able to target law-enforcement efforts at violent criminal elites, instead of focusing on eradicating subsistence farmers’ crops or arresting marginalised consumers.

The US Congress, through the Western Hemisphere Drug Policy Commission, has expressed similar views. International drug policy needs to reaffirm the importance of law enforcement and hard-law instruments against criminal bosses and violent traffickers, and shift focus to soft-power measures to assist vulnerable populations such as traditional farmers and addicted consumers.

The Biden administration says that it will be guided by science and evidence. Until now, no US administration has wanted to acknowledge the clear signs that the war on drugs has utterly failed to achieve any of its objectives. By reforming US drug policy over the next four years, Biden could chart a much more promising course for us all.

The War Against Illegal Drugs Amid A Pandemic 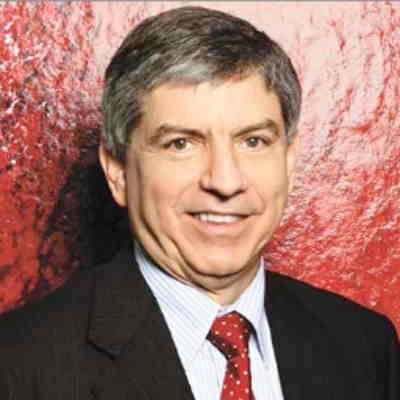 César Gaviria, a former President of Colombia (1990-94) and Secretary General of the Organization of American States (1994-2004), is a member of the Global Commission on Drug Policy.