Late on Monday night last week after Prime Minister Benjamin Netanyahu told Israelis the country would slowly reopen after close to two months, the Defense Ministry announced the Israel Institute for Biological Research had completed a ground-breaking scientific development, identifying an antibody that neutralises the coronavirus.

The Institute for Biological Research (IIBR) has been playing a key role in the fight against the deadly virus since early February after being asked by Netanyahu. Last month, it announced it had begun testing a COVID-19 vaccine prototype on rodents.

But what is the IIBR? Like Israel’s nuclear facility in Dimona, the IIBR operates under the auspices of the Prime Minister’s Office and works closely with the Defense Ministry.

Most of the work carried out by the secretive institute is a heavily guarded secret reinforced by military censorship. But its history began before the founding of the State of Israel.

In 1948, a Science Corps, known by its Hebrew acronym HEMED, was established within the Israel Defense Forces (IDF). A unit devoted to biological warfare was established under the name HEMED BEIT. It was housed in a single building in a remote orange grove outside Ness Ziona, dozens of kilometres south of Tel Aviv.

Everything regarding the unit was kept a closely guarded secret from the start. And while it was controversial to many senior officials at the time, scientists as well as Prime Minister David Ben-Gurion were adamant that Israel know how to defend itself against nonconventional attacks.

According to reports, HEMED BEIT was accused of being involved in several operations that targeted the Arab population prior to the establishment of the state in an attempt to drive them from their villages.

Avner Cohen, in a 2001 article entitled “Israel and Chemical/Biological Weapons: History, Deterrence, and Arms Control,” wrote that the scientists involved in HEMED BEIT “firmly believed” that “if microbiology could help in providing the means to establish the Jewish State, so be it.”

In 1993, one of the scientists involved in HEMED BEIT, Ephraim Katzir, was interviewed by Israel’s Hadashot news and was quoted by Cohen in his report as saying: “We planned various activities to get a sense of what Chemical Biological Weapons (CBW) is and how we could build potential in this area. We needed to know how to defend against such weapons. We knew that in surrounding countries others were developing biological weapons. We believed that scientists should contribute to the strengthening of the State of Israel.”

Ernst David Bergmann is best known as the father of Israel’s nuclear program. He founded the Israel Atomic Energy Commission in 1952. But his contribution to Israel’s chemical/biological capabilities was crucial.

During the War of Independence, Bergmann used the Weizmann Institute of Science (known then as the Seiff Institute) as a research base for HEMED. Bergmann, who in 1951 was appointed by Ben-Gurion as chief of research at the Defense Ministry and scientific adviser to the prime minister, then set up government-sponsored research centres that focused on nuclear and chemical-biological science.

The IIBR, a continuation of HEMED BEIT, was formally established in 1952 in the same Ness Ziona orange grove by a group of scientists from the IDF Science Corps and from academic organisations. Like its predecessor, from the start it was regarded as a highly classified research centre.

“Given the climate of the times, it is doubtful that Bergmann and his IIBR colleagues made a distinction between defensive and offensive research development,” Cohen wrote. “In those days, national CBW programs were not illegal or even at odds with international norms.”

But unlike HEMED BEIT, Bergmann wanted the IIBR to have a civilian identity. Therefore, it did not focus solely on military CBW programs, but rather a broad range of scientific research projects that would help the young state.

Over the years, the IIBR has been involved in a series of ground-breaking scientific research, including a project to develop a vaccine against polio, developing kits for detecting explosive materials, a drug to treat Sjogren’s syndrome and more.

Still located in Ness Ziona, the IIBR is surrounded by a large wall with a gate that blocks its entrance. But it is no longer housed in a small building, but rather in a spacious building that once belonged to an Arab effendi and a large modern research complex that contains dozens of laboratories.

Professor Shmuel C. Shapira, an anaesthesiologist by training, has headed it since 2013. The IIBR employs some 350 people, including about 160 scientists with doctorates in biology, biochemistry, biotechnology, analytical chemistry, organic chemistry, physical chemistry, pharmacology, mathematics, physics and environmental science. There are another 160 technicians and administrative staff.

It continues to be viewed by the defense establishment as one of the country’s most secretive defense installations. The public rarely knows what goes on behind the highly guarded walls of the institute.

Though it has expanded its research, according to foreign publications, the institute is still involved in developing biological and chemical weapons.

It has also had its fair share of controversies.

In 1983, the deputy director of the IIBR, Marcus Klingberg, was arrested along with his wife for passing the institute’s secrets to the Soviets. Klingberg, who was regarded as one of the world’s most-respected epidemiologists and an expert on top-secret biological and chemical research, was one of the founding members of the IIBR after he served in HEMED BEIT.

During his 30 years at the institute, he was questioned twice by security officials (in 1965 and 1976) but was only arrested close to a decade later. His arrest was kept secret until 1993. He was sentenced to 20 years in prison, including 10 years in solitary confinement, before he was released in 2003. He died in 2015 in Paris.

While the majority of the case remains classified, according to foreign reports, it is believed that he gave the Soviets some of Israel’s most sensitive military secrets in the field of CBW.

In 1992, an El Al transport plane carrying some 189 litres of dimethyl methyl phosphonate (DMMP), a dual-use chemical used in the production of Sarin nerve gas, crashed in Amsterdam, killing more than 40 people. The DMMP was designated for the IIBR, according to The New York Times.

“Since 1995, the institute has operated as a government-affiliated unit that researches all areas of defense against chemical and biological weapons, including the operation of national laboratories for detection and identification of such threats,” the institute says on its website.

During the “Omer-2” project, some 760 soldiers served as guinea pigs over the course of eight years in the 1990s as the country worked to develop a vaccine against anthrax. The project, headed by Dr Avigdor Shafferman (who later became the director general of the IIBR), was carried out in cooperation with the Defense Ministry and the IDF Medical Corps.

Troops were injected with up to seven doses of the vaccine but were not informed of the risks of being infected with the deadly disease.

In 2007, dozens of soldiers were interviewed by Israel’s Uvda television show. They suffered from medical conditions such as skin tumours, intestinal and digestive issues, severe lung infections, serious migraines, bronchitis, epilepsy and feelings of constant tiredness and weakness.

According to a 2011 report in Haaretz, the soldiers from the military’s elite Unit 8200, paratroopers and others “participated in these experiments, in complete contravention of the Helsinki Accords, which established rules for medical experiments on human subjects.”

While the exposure of the project sparked a massive public uproar and saw army regulations for conducting trials on human subjects tightened, Shafferman and others involved were not prosecuted, Haaretz reported.

The institute also was reported to be behind the poison injected into senior Hamas official Khaled Mashaal in Amman, Jordan, in 1997. Israel admitted to the failed assassination attempt and provided the serum that saved his life in return for the Mossad agents who had been captured. The antidote, which was originally meant for Israeli operatives should they come into contact with the poison, was allegedly developed at the IIBR.

But despite the controversies, the IIBR continues to carry out dozens of civilian research projects and works on pharmaceuticals, vaccines, treatments and antibodies to protect Israeli civilians from CBWs.

According to open sources, in addition to its defense-related research, scientists at the centre are also involved in developing means for diagnosing contagious diseases, solutions for environmental problems and medications.

The IIBR was also involved in trying to develop a vaccine for the SARS disease when the outbreak occurred in 2003, but it never panned out.

Close to two decades later, the scientists at the IIBR, surrounded by orange groves in Ness Ziona, may be the ones to bring the coronavirus to its knees.

This article first appeared in The Jerusalem Post on 6 May, 2020.

Tracking COVID-19 To Its Genetic Origins 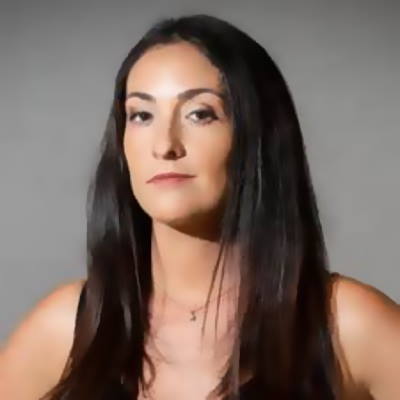 Anna Ahronheim is the Military Correspondent for The Jerusalem Post. She is based in Tel Aviv, Israel.