Despite their increasingly bitter rivalry, the United States (US) and China have recently been sending the right signals regarding potential cooperation on combating climate change. The joint statement issued after the mid-April meeting between John Kerry, US special presidential envoy for climate, and his Chinese counterpart, Xie Zhenhua, indicates that the two governments may be trying to use collaboration on climate policy to prevent their relationship from devolving into outright enmity.

But the path ahead is strewn with geopolitical landmines. It is not difficult to understand why the US and China are behaving responsibly at the moment. Both countries view climate change as an existential threat and have a strong interest in cooperation.

And Biden and Chinese President Xi Jinping know that open intransigence or obstructionism on this issue would cost them dearly in terms of international public opinion.

During the Cold War, the ideological struggle between communism and capitalism divided the world and cemented alliances. But in the coming decade, ideology alone is unlikely to win the US and China many friends.

The Communist Party of China (CPC) no longer has any real ideology to speak of, while political polarisation and Trumpism have tarnished America’s lustre. Instead, as climate change puts human survival at risk, leadership in tackling the problem will shape international alliances.

Turning rhetorical climate commitments into action will sorely test both countries in the coming years. Shortly after Biden’s recent climate summit of world leaders, for example, Chinese Foreign Minister Wang Yi hinted that China’s cooperation with America would hinge on whether the US “interferes in China’s internal affairs.”

While China regards Tibet, Xinjiang, Hong Kong, and, most importantly, Taiwan as “internal affairs,” Kerry has made it clear that the US will not trade away concessions on these matters for Chinese cooperation on climate change. Unless China or the US softens its position, further escalation of Sino-American tensions over these hot-button issues can be expected to endanger bilateral climate efforts.

Besides the difficulty of insulating their bilateral conflicts from areas of potential collaboration, it is unclear what and how much climate cooperation the US and China can deliver. The brief US-China joint statement offers few specifics, and for good reason. Given the absence of trust, neither country is willing to make binding commitments. As a result, bilateral cooperation on climate change will be volatile, modest, and incremental at best.

The volatility stems from the overall instability of US-China relations, with a spike in tensions inevitably inflicting collateral damage on climate efforts. Mutual suspicion and hostility will also prevent both sides from taking big steps and motivate them to drive hard bargains. Only minor measures can test trust and produce sufficient goodwill to sustain cooperation. We should thus expect a gradual, drawn-out process.

Given the absence of mutual confidence, the US and China perhaps can best cooperate by refraining from certain actions, rather than actively trying to achieve things together. Here, the first imperative is to avoid linking climate cooperation with the most adversarial aspects of the bilateral relationship, such as human rights, trade, and security.

Exercising such restraint will demand more of China than it will of the US, because Chinese leaders apparently believe that the climate issue gives them crucial leverage over Biden’s policies in other areas. Xi needs to recognise that such linkages will be counterproductive. Strong bipartisan anti-China sentiment in the US leaves Biden little room for manoeuvre, and Chinese intransigence could severely damage Xi’s credibility as a global leader on climate change.

Suppressing the temptation to score points by attacking each other’s positions during upcoming multilateral climate negotiations will also help the US and China to stay productively engaged. On specific issues such as emissions-reduction goals and contributions to financing energy transitions in developing economies, each country should base its criticism on sound scientific, economic, and moral grounds.

More important, they should accompany their criticism with alternatives that third parties deem reasonable, realistic, and beneficial.

It may be unrealistic to talk about active US-China cooperation on clean energy when the two countries are waging a technology war. Yet, although the US and China agreed in their recent joint statement only to discuss, not commit to, collaboration on green technologies, they may still explore ways to sequester such innovations from their broader strategic competition.

Specifically, the US and China should seek to minimise harm whenever they weigh policies that might appear necessary to maintain a competitive advantage but could adversely affect the development and adoption of green technologies.

The world does need the US and China to cooperate on climate change, but we should not harbour any illusions. The best we can hope for is that the two superpowers are disciplined enough to avoid endangering humanity’s survival as they jostle for geopolitical advantage. 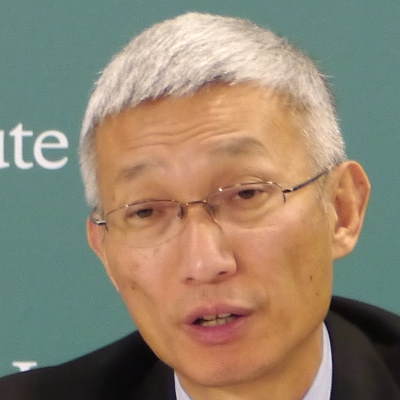