The colour pink is commonly associated with females. It stands for all things typically feminine - love, kindness and compassion. This, anecdotally, may have evolved from hunter-gatherer times, when women needed to fetch edible pink leaves or berries from green foliage. The sensitivity required to pick tender pink flora without damaging the other leaves may have continued for generations - getting manifest in women’s environmentally-conscious behaviours.

Researchers demonstrate that women are more sensitive towards environmental issues than men. Old habits of grannies using paper bags and recycling household stuff is a testimony. Statistics show that women are generally more concerned with the environmental consequences of their actions, indicating a strong gender effect on green behaviours. There is enough evidence to believe how pink could shape green.

Women’s representation in government is linked with advances in social and environmental issues. Females in political leadership have made a visible difference in natural disaster responses as well as in the management of natural resources. In India, research on panchayats (local councils) found that implementation of drinking water projects was 62 percent higher in areas with women-led councils. Countries with more women parliamentarians are more likely to work on environment conservation. A study across 130 countries found that women in government positions were more forthcoming in signing international treaties to reduce global warming.

Companies with more women on their board are proactive in improving energy efficiency and investing in renewable power. 58 percent of sustainability executives in large companies are females. The most high-profile climate campaigners are also women- including Alexandria Ocasio-Cortez and Greta Thunberg.

According to a 2018 report titled, ‘USAID Green Invest Asia’, women strive for genuine sustainable efforts. The report found that women in Southeast Asia are championing sustainability, with 85 percent wanting to invest in responsible companies that think about their environmental and social impact.

Remarkable stories from different corners of the world show how women from local communities are helping fight climate change. Examples such as Solar Sister in Africa, a woman-centred network of entrepreneurs who have distributed solar energy to 2 million people, show that women can be agents of renewable energy deployment.

Similarly, the Barefoot College in India trains rural women as solar-power engineers who have helped introduce electricity in 13,000 homes in remote villages. A further 6,000 households, in more than 120 villages in 24 countries have been powered on the same model. Alternative sources of light in rural areas typically involve burning kerosene, a non-renewable resource that creates indoor air pollution. The College estimates its trained solar engineers save around 160,000 litres of kerosene a month.

The ‘water women’ in more than 200 parched villages in Central India are galvanising their communities to harvest rainwater, dig wells, de-silt ponds and build check dams. The women say their efforts have resulted in better irrigation, healthier crops, increased drinking water and most importantly, fewer long walks to fetch water.

Women make up 80 percent of people displaced by climate change. Many of the health risks of climate change show gender differentials. Globally, natural disasters and meteorological hazards kill more women than men. For example, droughts affect women disproportionately through reduced availability of food and water. There is also evidence of gender differences in relation to the risks of greenhouse gas emissions. Inefficient burning of biomass in unventilated homes releases high levels of black carbon, causing approximately two million deaths a year, mainly of women in the poorest communities in the world.

Women and men differ in their roles to mitigate climate change. Women usually have less access to critical information about climate change. Despite this, women make an important contribution, by participating in disaster management and acting as agents of social change.

Gender-based outcomes of environmental policies are rarely considered and as a consequence, little gender-specific environmental data is collected by national statistical agencies. Gender-disaggregated data is needed to better understand the implications of climate change. Gender-sensitive assessments and interventions will help in more effective climate change adaptation.

Rural women are key agents for sustainable development. They play a catalytic role towards the achievement of transformational economic, environmental and social changes. However, limited access to credit, health care and education are among the many challenges they face. Empowering them is essential for overall sustainable economic productivity.

Women are probably witnessing first-hand the impact of climate change, yet the representation of women in global climate forums is below 30 percent. The UN observes that several important landmarks were achieved in 2020 towards advancing women’s rights and participation in climate change agenda and on building inclusive economies. Despite this, ongoing climate plans do not adequately account for the distinct impacts on women.

With the 2030 deadline for achieving the Sustainable Development Goals (SDGs) approaching, it’s important to offer women an equal space to contribute to the solution. Women may well power the green dream of the future planet! 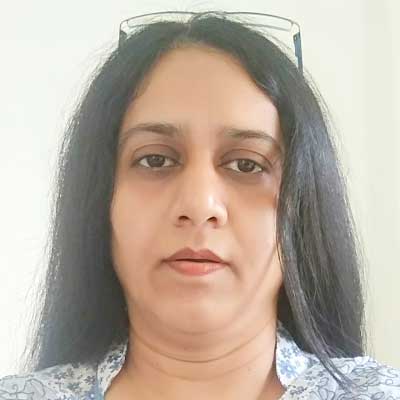