The importance of a reliable and widely accessible health-care system is never more apparent than during a pandemic. It is now painfully clear that countries cannot pursue economic development, and assume that the health system will develop in tandem. Instead, they must do what South Korea did: devise targeted strategies for effective health-care delivery that go hand in hand with broader social- and economic-development efforts.

Over the last decade, South Korea’s modern and robust health infrastructure has enabled it to cope with multiple major health crises. The COVID-19 crisis has been no different. Although South Korea faced one of the world’s largest initial outbreaks outside China, it managed to contain the virus quickly, without imposing a nationwide lockdown.

This success was a long time coming. South Korea’s rapid ascent from a low-income country to high-income status occurred alongside a drastic improvement in health outcomes. From 1960 to 1990, the infant mortality rate plummeted, from 80 deaths per 1,000 births to just 13, and average life expectancy at birth increased from 55 to 72 years.

This was no accident. South Korea’s government began investing in health care – especially in ensuring that services were available to rural communities and the poor – very early in the development process. In the 1950s, the government established immunisation centres in every town and village.

Beginning in the 1960s – when South Korea’s economic rise was just starting – the government introduced incentives to ensure that doctors were available everywhere. Physicians in private practice were commissioned to be public doctors, for example, and medical students could receive scholarships in exchange for a commitment to work in an underserved area for 2-5 years after graduation.

But South Korea’s government did not just ensure access to health resources; it made sure people used them. In 1954, it introduced a law requiring children under the age of 14 to be immunised. This, together with accessible community health centres and the support of World Health Organization (WHO) advisers, caused vaccination rates to soar, and many acute communicable diseases were contained. There have been no reported cases of smallpox in South Korea since 1961, of typhus since 1968, or of poliomyelitis since 1984.

Of course, progress on economic development gave public-health initiatives a major boost. As per capita gross domestic product (GDP) grew – from US$158 in 1960 to US$6,610 in 1990 to US$12,257 in 2000 – so did the ability of workers and companies to pay into a compulsory health-insurance system, introduced in 1977. A voluntary insurance system had existed since the early 1960s, but a shortage of skilled staff and participating medical institutions undermined its effectiveness. The new scheme added financial resources and expanded to include the self-employed and informal-sector workers, ultimately achieving universal coverage in 1989. The compulsory insurance payments remain a major source of the health system’s funding.

Health education also made a big difference. Even before most South Koreans had access to quality schooling, government agencies were disseminating crucial information – covering topics like sanitation, food hygiene, immunisation, maternal and child health, and family planning – via newspapers, leaflets, and television broadcasts.

As education levels rose, particularly among women, health outcomes improved further, not only because people had more health-related knowledge, but also because the fertility rate plunged, from 6.1 children per woman in 1960 to 1.6 in 1990. This trend, together with economic growth and rising incomes, allowed for far greater investment in children’s health. In fact, in the 1970s and 1980s, health expenditure grew faster than GDP. As demand for health services rose, public and private clinics and hospitals proliferated.

Today, South Korea continues to strengthen and refine its health-care system. For example, it uses the vast amounts of health data to which it has access to assess consumption of health services and improve efficiency and cost-effectiveness.

The pillars of the South Korean model – universal health coverage, equitable access, and cost-effectiveness – are applicable across developing countries. The key is to design deliberate strategies for health care that complement countries’ economic-development agendas.

Such strategies should include investment in infrastructure like hospitals and clinics, as well as initiatives to attract the qualified staff needed to make those institutions function, including in poor and rural areas. To advance the goal of delivering universal health coverage, governments could consider creating a single national health-insurance system like South Korea’s.

To promote progress, governments should establish specific targets – such as for neonatal mortality, access to clean water and proper sanitation, the eradication of disease, and health coverage – in line with the United Nations (UN) Sustainable Development Goals (SDGs). And global development partners should support these efforts.

ASEAN Not On Track For SDG Goals 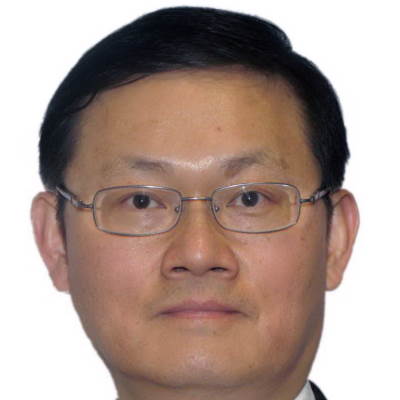