In the second quarter of 2021, China’s gross domestic product (GDP) grew by 7.9 percent year on year. That was a relatively strong performance, especially given the enduring effects of the COVID-19 pandemic on the global economy. But, for China, it represents a disappointment: a Caixin survey of economists showed the median estimate for the second quarter was 8.2 percent growth.

Chinese economists broadly agree that China’s potential growth rate is six percent. So, taking into consideration the base effect, China’s year-on-year growth rate in the four quarters of 2021 should be 19.1 percent, 8.3 percent, 6.7 percent, and 5.5 percent.

Yet, in the first quarter, growth amounted to 18.3 percent. This weaker-than-expected performance is, to a significant extent, a result of official policy.

While Chinese authorities implemented expansionary fiscal and monetary policy early in the pandemic, they proved eager to normalise it, for fear that it would fuel inflation and compound financial risks.

Fiscal retrenchment has been particularly rapid. In the first half of 2021, China’s general government expenditures increased by only 4.5 percent, while revenues increased by 21.8 percent. Though this partly reflects the base effect, policy was undeniably tightened. In fact, in the first half of 2021, China’s public budget deficit was CN¥1.6 trillion (US$247 billion) smaller than in 2020.

Monetary policy has remained accommodative, but the People’s Bank of China (PBOC) has been cautious, to say the least. In the first half of 2021, social financing rose by CN¥17.7 trillion. That increase is CN¥3.1 trillion smaller than the figure for the same period of 2020.

Against this background, it should not be surprising that economic indicators are increasingly pointing to a slowdown in Chinese growth.

China’s leaders are now moving to redress the slowdown. Early last month, the PBOC, hoping to spur an increase in lending, announced that it would cut the mandatory reserve ratio for all banks by 50 basis points.

A few weeks later, the Political Bureau of the Communist Party of China Central Committee released a communiqué acknowledging that “China’s domestic economy is still unstable and unbalanced,” and calling for accelerating “the construction of major projects planned in the 14th Five-Year Plan.”

The market has widely interpreted this as a signal that the government will implement more expansionary macroeconomic policy in the second half of this year. Such a policy adjustment, though still marginal, has raised hopes that growth will pick up in the second half of 2021, potentially even reaching a level consistent with the potential growth rate.

But a policy change might not be enough. Instead, China’s economic recovery may well depend, above all, on how the fight against COVID-19 unfolds.

Since lifting the lockdown in Wuhan in early April 2020, China has managed to prevent any major local outbreaks and to keep the number of new daily confirmed COVID cases in the low double digits. Many people believed that China was on its way to eliminating local coronavirus infections altogether.

Those hopes were dashed last month, when several airport workers in Nanjing tested positive during routine screening. Within days, the highly transmissible Delta variant had spread to 22 cities in 10 provinces. Total confirmed cases in China surged from 251 on 16 July to around 2,000.

The government, still committed to getting infections to zero, responded swiftly, locking down high-risk areas, tightening travel restrictions on medium-risk areas, and quarantining around 100,000 people. But similar situations have occurred before, albeit on a smaller scale. And with much of the world still not vaccinated, and increasingly transmissible virus variants emerging, they will undoubtedly happen again.

The economic costs of such lockdowns – including restrictions on international travel – are extremely high. Given this, some virologists, epidemiologists, and economists now argue that China needs to move away from its zero-tolerance policy and learn to live with the virus.

But resistance to this approach remains strong. After all, China’s strict approach – enabled by its institutional arrangements and cultural tradition – has kept the country virtually COVID-free for several months. And while the costs are high, especially for tourism and travel-related services, China can afford them.

More importantly, China has some way to go in vaccinating is population. While it has so far administered 1.9 billion vaccine doses – mostly of its own Sinovac and Sinopharm vaccines, both of which require two doses – it will need to vaccinate more than 83 percent of its population before herd immunity is reached, according to its top epidemiologist, Zhong Nanshan.

Moreover, given questions about the long-term efficacy of the vaccines currently being administered, more time might be needed to provide booster shots or develop more effective alternatives. And even if China did manage to inoculate a large enough share of its population with effective vaccines, it exists in a globalized world, where many countries have very low vaccination rates.

It is safe to say that the fight against COVID-19 is far from over. For China, this means that more small-scale coronavirus outbreaks – with the associated economic disruptions – are all but inevitable. Given this, it is very likely that China’s total growth in 2021 will fall short of previous market expectations.

This is not to downplay the importance of fiscal and monetary policy. A more expansionary approach could go a long way toward offsetting the pandemic’s economic impact. In particular, many small and medium-size companies that have been hit hard by the pandemic need help badly, and the government still has policy room to offer it.

In fact, with the right policy mix, China can achieve reasonably good growth in the second half of 2021 and beyond. – Project Syndicate 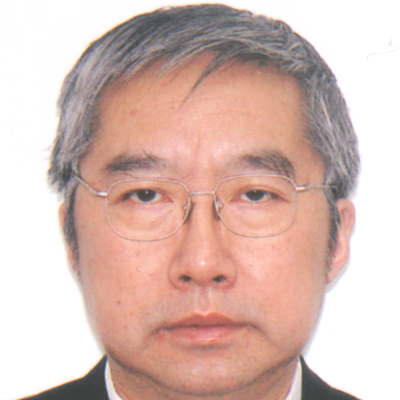