The 15 November agreement to form the Regional Comprehensive Economic Partnership (RCEP) between the 10 members of ASEAN and Australia, China, Japan, Korea and New Zealand has only modest immediate economic effects for the European Union (EU).

However, with China playing a central role in the new arrangement, the long-term strategic and geopolitical implications are major. Europeans tend to look inwards and when they look outwards tend to look mainly west, riveted, for example, by the recent United States (US) elections. But, increasingly, most economic activity, most economic growth and some of the more significant geopolitical shifts are occurring in the east.

Viewed from the standpoint of European firms, the RCEP is best understood as a free trade agreement between three manufacturing powerhouses – China, Japan and the Republic of Korea– and their joint outreach towards a vast periphery in Asia. For example, under the RCEP, China commits to eliminate tariffs on 86 percent of Japan’s exports, including auto parts. The three nations together generated US$5.3 trillion of value added in manufacturing in 2019, over US$1 trillion more than the US and the EU combined.

In addition to the China/Japan/Korea population of 1.6 billion, RCEP enables outreach to 675 million more people in ASEAN, Australia and New Zealand, a population larger than that of the EU. In this region, the Asia Pacific, gross domestic product (GDP) is projected by the World Bank to grow at two to three times the rate in Europe and the US over the next 10 years.

India, which was until recently the world’s fastest growing large economy, dropped out of RCEP last year, mainly out of concern about Chinese competition in manufacturing, and Australian and Southeast Asian competition in agriculture. However, it is not impossible that it will re-join at some future date.

The direct economic effects of the RCEP on the European economy are likely to be small – though they are certainly not negligible – and will be felt only gradually. With the China/Japan/Korea group a major exception, the agreement entails only limited trade liberalisation since numerous trade agreements exist already among the signatories. Agriculture is only modestly affected by the deal and the tariff reductions in manufacturing are subject to many exceptions, with detailed country schedules that carve out sensitive sectors.

Moreover, the implementation period is unusually long for an agreement of this kind, extending to 20 years. Customs and other types of trade-enhancing regulatory reform provisions will help accelerate the region’s integration, but the deal will do little to free trade in services, where only selected sectors will benefit.

The greatest worry for the EU is displacement of its exports to RCEP members due to the preference margins accorded to the other signatories, known in economic jargon as trade diversion.

The table below shows that the EU has important trade agreements in force in Japan, South Korea and Vietnam, indicating that exports to those countries are unlikely to be displaced. However, of the EU’s total exports to RCEP in 2019, most are not covered by trade agreements, including to China, the EU’s second largest export destination, where the applied trade-weighted tariff was 9.15 percent in 2017 (since reduced by about 2 percent).

Other significant markets include Indonesia, Malaysia and Thailand, where the EU faces high tariffs, and Australia, where the EU faces lower tariffs. Considering that the EU’s exports to China are composed mainly of machinery and other manufactures, some displacement of exports by Japan and South Korea on the Chinese markets can be expected.

Other effects on the European economy should not be overlooked. They come in three forms:

•    Consumers and the many firms dependent on imports of intermediate inputs from RCEP are likely to benefit from lower prices, reflecting the boost to efficiency in value chains based in the region;

•    Exporters to RCEP will benefit at the margin from the region’s higher income and – most likely – faster sustained growth;

•    Firms competing with RCEP, whether in Europe or on third markets, will be put at some disadvantage, especially if they are not drawing benefits from the region’s integrated value chains.

The more important implications of the RCEP deal are geopolitical. Many observers have noted that, despite American opposition, China’s trade and inward foreign direct investment (FDI) have continued to thrive in recent years.

The RCEP deals shows quite conclusively that the Trump Administration’s strategy to isolate China and to cut it off from global value chains has failed. Australia, New Zealand, South Korea and Japan are US allies who harbour deep concerns about China’s rising influence in the region.

However, by joining RCEP, they signal that they do not want to, and cannot, sever their economic ties with China, and, indeed, that they see these ties growing stronger. China’s neighbours can hardly ignore the fact that China’s manufacturing sector is today almost twice as big as that of the US and growing about twice as fast.

Following the Trump Administration’s abandonment of the Trans-Pacific Partnership (TPP), Japan is now placed at the centre of the Comprehensive and Progressive Agreement for Trans-Pacific Partnership (CPTPP), whose membership overlaps with RCEP but also includes Canada, Mexico and several economies in Latin America. Among the countries that have expressed an interest in joining the CPTPP is China, although that is a long shot, since the reforms required in China in relation to the CPTPP as currently structured would be far-reaching compared to RCEP.

It is worth noting that Japan has played its trade cards well. Japan joined RCEP not long after it concluded a trade mini-deal with the US, and even as it sided with the EU and the US in calling for World Trade Organisation (WTO) reforms that address issues including industrial subsidies and state-owned enterprise trade, targeting China.

President-elect Biden has promised to be tough on China, but it is unclear at this stage what that means and what shape his Asian strategy will take. Surely, the arrival of RCEP will increase the likelihood of the US resurrecting the TPP in the shape of a modified CPTPP. Either way, Biden is unlikely to continue Trump’s approach of outright confrontation with China on all fronts (trade, technology, people movement, diplomatic, military). That approach does not work, as the recent trade and investment data and the RCEP deal show. Nor is breaking with China consistent with Biden’s intention to deal with the climate emergency and to restore the US position in multilateral institutions.

More important still, as many others have argued recently, hostility between the great powers has reached dangerous levels. Competition between China and the US is one thing, enmity is another. Enmity may, sooner or later, lead to war in Asia – however unintended that outcome might be.

At the technical level of trade negotiations, the RCEP deal and the arrival of a new US Administration should prompt the EU to define a new Asian commercial strategy. Such a course should aim to preserve its transatlantic alliance but also reflect China’s rising importance in the region and the integration of value chains centred on China, Japan and South Korea.

Such a strategy should consider one of three broad non-exclusive options or a combination of them:

•    Closer ties with China, the most challenging but also potentially the most beneficial course;

Taken in reverse order, acceleration of bilateral agreements would require reviving negotiations on hold (Malaysia and Thailand) and making progress in negotiations with Indonesia and the Philippines, and dealing with highly sensitive agriculture issues in those with Australia and New Zealand. This is the business as usual course, but one pursued with greater alacrity.

Joining the CPTPP is potentially a promising option for the EU given the deal’s comprehensive and ambitious provisions. The CPTPP already spans Asia and the Americas, and could cover Europe as well. The fact that the EU already has trade agreements with the largest members, including Canada, Japan, Mexico, South Korea and Vietnam, could make negotiations easier, but also yield relatively limited new trade liberalisation.

The hole in the EU’s trade policy doughnut is China, where the risk of trade diversion due to RCEP is also greatest. The EU is China’s largest trading partner, while China is the EU’s second largest export market and the fastest growing.

Progress on trade with China would require accelerating negotiations on the Investment Agreement with China that has been under negotiation since 2014 and has proven highly problematic – due to a combination of stringent demands from the EU and China’s unwillingness to budge on important market-access issues. But if a way were found to break the impasse, an agreement on investment could pave the way towards a trade agreement.

If the EU decides to pursue the China option, it should learn from Japan’s adept economic diplomacy, which has so far navigated successfully between China and the US, striking trade deals with both (and with the EU) while retaining its close security alliance and trade ties with the US. In the EU’s case, that course is unlikely to take the form of a major deal with the US along the lines of the defunct Transatlantic Trade and Investment Partnership (TTIP), but rather of a series of limited agreements such as on digital trade.

As Biden takes office, the dangerously strained relations between China and the US need urgent attention, and the EU is not powerless to influence the outcome with its words and actions. The EU has no interest in a generations-long conflict between the two superpowers, which could lead to the outbreak of war in the Pacific, and nor does the EU see China as an enemy.

Closer economic ties between the EU and China will be conditional on China’s efforts to limit the trade distortions caused by its state-dependent competitive model. As Japan has showed in Asia, such a stance is not inconsistent with resisting China’s human-rights infractions and countering its growing economic influence in the near abroad.

A clear European position that it intends to maintain and strengthen its economic relationship with China under stringent conditions would deliver an important message to China. It would also strengthen the resolve of the many internationalists likely to hold key positions in the Biden team and of those in the US Congress who want to adopt a more constructive approach towards China. This is a stance that – judging by his long involvement in foreign relations and with China – the President-elect would be inclined towards anyway, despite the election rhetoric.

The signing of the RCEP mega-trade deal does not point unequivocally to any one of the EU’s three strategic options outlined here. But, together with the arrival of a new US Administration, it does call on the EU to clarify its Asian commercial strategy soon.

This story was first published on the Blog of European think tank, Bruegel on 19 November, 2020. 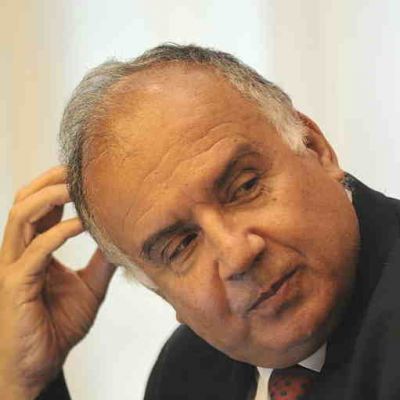 Uri Dadush is based in Washington, DC and is a Senior Fellow at the Policy Center for the New South in Rabat, Morocco. He is also Principal of Economic Policy International, LLC, providing consulting services to international organisations as well as corporations.