The restrictive, illiberal trend that has come to characterise India over the last five years has a new data point. Prime Minister Narendra Modi’s government decided that Christmas Day was a good time to deny renewal of a license for the Missionaries of Charity to receive foreign funding.

Founded by Mother Teresa, whom the Catholic Church canonized in 2016, this order of Christian nuns has been operating in the country since 1950. But because Modi and his Bharatiya Janata Party (BJP) swear by a “Hindutva” ideology – committing them to a vision of India as a “Hindu Rashtra,” or Hindu nation – the government has been conducting a sweeping campaign against organisations that its bigotry will not abide.

Because all NGOs in India need official permission to receive foreign funds for their operations in accordance with the Foreign Contribution Regulation Act (FCRA) of 2010, the government can wield significant power over civil society.

And Modi’s national security adviser, Ajit Doval, has made clear that the government intends to use that power. In a recent speech that stunned the country, Doval singled out NGOs as “the new frontiers of war,” arguing that “it is the civil society that can be subverted, suborned, divided, manipulated to hurt the interests of a nation.”

The government has seized on unwanted NGOs’ Achilles’ heel: many are sustained in large part by international donors, foundations, and charities. Hence, in 2015, the Union Ministry of Home Affairs revoked the foreign-funding license for Greenpeace and, in 2020, froze Amnesty International’s accounts, effectively crippling their Indian operations. In June 2021, it did the same to the highly respected Commonwealth Human Rights Initiative.

But while these secular groups were targeted for their liberal policy orientations and human-rights work, the government has reserved a special level of hostility for foreign-funded religious NGOs, which it suspects of trying to convert unwitting Hindus. Thus, in September 2021, the home ministry suspended the foreign-funding license for Harvest India, a Christian missionary organisation, alleging that it had violated the FCRA.

In the action against Missionaries of Charity, Modi and the BJP have broken sharply from previous Indian governments, all of which hailed Mother Teresa’s noble (and Nobel Prize-winning) work ministering to the poor, dying, and destitute. Many Hindus have long treated her with great reverence because of this work.

But since the BJP’s ascent to power, her achievements have increasingly been disparaged as mere attempts at proselytization. In response to media queries about the Missionaries of Charity decision, the home ministry has claimed that “some adverse inputs were noticed” while reviewing the charity’s renewal application.

In December, a police complaint was filed against the organisation in Gujarat – which Modi governed for many years – alleging that the Missionaries were forcing Hindu girls to convert. But the group denies the allegations, insisting that it has “not converted anyone or forced anyone to marry into the Christian faith.” Formal charges have yet to be filed in court.

While the government has made clear that it will crack down on efforts to use charity as an inducement for conversion, the targeted organisations have made equally clear that they do nothing of the kind. The authorities’ Hindutva bias is clear to see. There is a widespread perception that only Christian and Muslim organisations face critical scrutiny, whereas Hindu charities continue to receive foreign funding.

For example, Hindu groups have been openly trying to convert India’s aboriginal Adivasi people (known collectively as “tribals,” most of whom practice animist faiths) in the country’s northeast, but none has been targeted by the government crackdown on foreign funding.

The government’s efforts have already had a measurable impact. According to Bain & Company, there was a 30 percent decline in international funding to non-profits in India between 2016 and 2021. During that period, the home ministry pursued action against 13,000 NGOs and cancelled 4,800 licenses, for a variety of reasons.

The focus on conversions is in keeping with the broader Hindutva project. Hindutva votaries see India as a Hindu nation that has been historically beset by invaders and interlopers who want to change its essential character. In their view, converting Hindus to other faiths would dilute Indian-ness itself.

The BJP is thus engaged in a systematic effort to curb entities whose work, ethos, or principles fall afoul of the government’s narrow-minded vision of India. After Doval’s speech and the home ministry’s action against the Missionaries of Charity, civil-society organisations must assume that things will get only worse. India is at an inflection point.

For decades, it was seen as a rare democratic success story in the developing world. It had a reputation for celebrating its diversity, embracing differences, and allowing all groups, faiths, and ideologies to flourish. But with its restrictive, bigoted, and increasingly autocratic approach, Modi’s government is signalling to the world that it would not mind if India earned a very different reputation.

That could make for some diplomatic awkwardness in 2022. In October, following a private meeting with Pope Francis at the G20 summit in Rome, Modi invited the pontiff to visit India. Church sources indicate the pope is likely to travel to India later this year.

But Frances will scarcely be able to ignore his flock’s concerns about a country where groups aligned with the ruling party have been credibly accused of attacking churches and disrupting Christmas celebrations, and where the best-known Christian charity now faces severe restrictions on its ability to continue the work pioneered by one of the Church’s own saints. It could make for a fraught visit indeed. 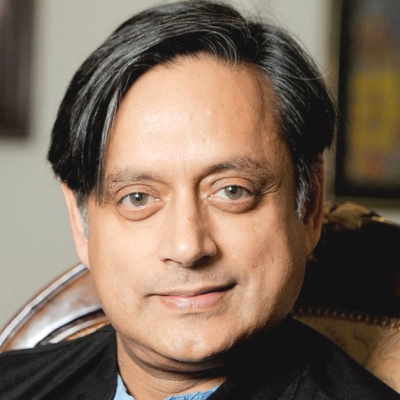