Half of Myanmar’s population is under the age of 30, and many of these young people have benefited from their country’s fragile, imperfect democratic transition over the past decade. They know the military’s return to power could reverse hard-won gains in human development and fundamental freedoms.

Their future is at stake. So are their lives.

On 27 March, General Min Aung Hlaing used the occasion of Armed Forces Day to claim that the military would protect the people and promote democracy. In fact, this turned out to be the bloodiest day since the military coup on 1 February.

And yet, as a father clutching his dying son poignantly noted, “on this day, both lives and futures are being lost.” With their prospects vanishing before their eyes, tens of thousands of young people have taken to the streets across Myanmar. They are refusing to live without hope.

But the country’s backsliding is already being felt acutely. In addition to COVID-19, Myanmar is confronting a compounding economic crisis. The World Bank’s recent regional forecast shows gross domestic product (GDP) on track to shrink by 10 percent in 2021, compared to 6.8 percent growth in 2019 and 1.7 percent growth in 2020, when the country was reeling from the pandemic.

On the streets of Yangon, Mandalay, and other cities, Myanmar’s citizens have come to experience these crises in the starkest of terms, with countless personal tragedies unfolding behind the data. Young people are watching employment opportunities disappear as investment plummets. International buyers and factory owners are questioning the viability of their local operations, given the lack of worker safety and security.

Unable to guarantee continued production and reliable logistics, many businesses have halted operations entirely. With these closures, even more young people will lose their jobs and meagre livelihoods. The internet is the lifeblood of this generation, but it has been restricted severely. The suppression of information, free speech, and internet access threatens to push Myanmar back into isolation from the rest of the world.

But this is happening at a time when a whole generation of young people have come to know what it is like to enjoy better jobs, freedom of speech, access to information, and improved education. These developments shaped younger cohorts’ values and aspirations, instilling them with a sense of civic consciousness. Their expectations reflect the real possibilities that they had previously seen ahead of them: the potential of a different future than the one their parents had known.

History offers stark reminders of what the young are likely to face. In 1950, Myanmar’s per capita income was higher than that of Malaysia or Thailand. But the following decades of “closed-door” policies resulted in severe under-investment in the economy and public goods and services, with deep and corrosive effects on human capital. Military rule turned Myanmar from one of the most promising economies in Asia into one of its worst performers.

The parents and grandparents of today’s young people know what it was like back then, and their bitter experience has been recounted to their children and grandchildren. Young Myanmar does not want the clock turned back. They will not be silenced.

19-year-old taekwondo champion and dancer Kyal Sin (also known as Angel) was wearing an “Everything will be ok” shirt when security forces gunned her down in Mandalay.

Thousands of young people like her continue to stand on the streets each day, full of defiant optimism as they face the military and courageously demand the country they want and deserve. As UN Secretary-General António Guterres has stressed, there is only one way forward.

The security forces must stop the violence, the generals must return Myanmar to the democratic path by respecting the results of last year’s election (which the National League for Democracy won decisively), and all political prisoners must be freed.

Only then can there be progress on reforms to deliver fair economic development and human rights – including freedom of movement, the right of safe return for refugees and citizenship – and controlling the spread of the virus. Only a society that invests in its very humanity can be at peace with itself.

Myanmar Youth Look To Election And Beyond 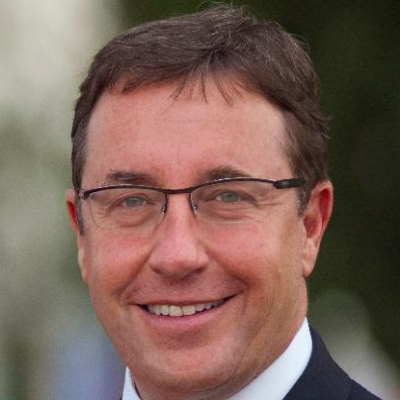 Achim Steiner, Administrator of the United Nations Development Programme (UNDP), is a co-chair of the UN Secretary-General’s Task Force on Digital Financing of the Sustainable Development Goals.