Some months ago, the Chinese authorities approached some of the biggest foreign companies in the country and asked them to tap a representative to participate in a small closed-door gathering on China’s new economic strategy.

The meeting was to be with a senior official at an undisclosed time and location, and, according to two people with direct knowledge of the matter who insisted on anonymity to discuss it, companies were asked to send only ethnic Chinese representatives.

In both content and form, the episode captured China’s eagerness to make its economy more recognisably Chinese, developing its own technologies and energy sources while relying on domestic consumption rather than on foreign demand. Chinese President Xi Jinping’s new strategy centres on the concept of “dual circulation.”

Behind the technical-sounding phrase lies an idea that could change the global economic order. Instead of operating as a single economy that is linked to the world through trade and investment, China is fashioning itself into a bifurcated economy.

The purpose of dual circulation is to make China more self-reliant. After previously basing China’s development on export-led growth, policymakers are trying to diversify the country’s supply chains so that it can access technology and know-how without being bullied by the United States (US).

In doing so, China will also seek to make other countries more dependent on it, thereby converting its external economic links into global political power.

The shift to a dual-circulation strategy raises the spectre of a new “China shock” that could dwarf the impact of the first one, which struck Western economies after China’s accession to the World Trade Organisation (WTO) in 2001.

Although China’s inclusion in the WTO generated a huge amount of wealth and lifted millions of Chinese out of poverty, it also created losers in places like the American Rust Belt and the United Kingdom’s (UK) “red wall” districts, setting the stage for the UK’s Brexit referendum and former US President Donald Trump’s election in 2016.

The West’s political class took a long time to wake up to the China shock, because it had committed to a strategy of “reciprocal engagement,” whereby Western consumers would benefit from low-cost Chinese imports, and Western companies would profit from China’s economic growth by tapping its massive market. These dynamics, it was assumed, would pressure China into opening up its market and society even more. But this assumption has not been borne out.

The new China shock’s impact on the West will differ fundamentally from the first one. For starters, the dual-circulation strategy will affect different parts of the economy and society. Rather than endangering legacy industries, the goal is to dominate cutting-edge sectors and compete with legal and financial firms in the City of London, automakers in Baden-Württemberg, and biotech firms in Sweden.

Specifically, Xi’s 2015 “Made in China 2025” plan emphasises sectors such as artificial intelligence, semiconductors, batteries, and electric vehicles, and aims to increase the domestic content of core technological components to 40 percent by 2020, and to 70 percent by 2025.

The goal is to use state subsidies, export controls, and controls on data to allow Chinese firms to replace foreign ones – or to make the foreign firms more Chinese. If Xi’s plan succeeds, the new China shock could hollow out as many high-paid jobs in tech and services as the first one did in heavy industry and textiles.

The shock will not end there. Today’s main geopolitical contest is not just about enforcing global rules; it is about who makes them. Whereas the West previously struggled to secure Chinese compliance with the trade, investment, and intellectual property (IP) frameworks it had crafted, China is now also seeking to make and enforce the rules.

There are already or have been Chinese heads at the International Telecommunication Union, the International Organisation for Standardisation, and the International Electrotechnical Commission, and Chinese companies are increasingly trying to define the future of technology. Huawei alone holds more than 100,000 active patents, particularly in 5G technology, where it is competing with Western companies like Ericsson and Nokia to set global standards.

Moreover, today’s competitive tensions are no longer contained within a bilateral Western-Chinese relationship. With its Belt and Road Initiative (BRI), China has already established a network of economic ties with more than 100 countries, and it will not hesitate to use these channels to export Chinese standards along with its model of state capitalism and state subsidies. Soon (if not already), Western companies will face the same uneven playing field in third markets as they do in China itself.

One implication of the new China shock is that the new rules on data, research and development, and standards will force prominent Western companies to acquire Chinese characteristics, unless they withdraw from China altogether.

As one well-placed private-sector observer put it to me, “China’s idea is that if companies like Daimler or Volkswagen want to work in China, they will have to move services, R&D, and new products there. Beijing hopes that dual circulation will transform them into Chinese companies.”

Needless to say, the new China shock demands a different set of responses than the old one did. Rather than trying to transform China or make inroads into the Chinese market, the West’s priority must be to transform itself, not least by developing industrial and investment policies to spur innovation and protect its IP.

And to ensure that their economic “champions” have access to economies of scale, Western countries must establish shared standards for privacy, data protection, carbon pricing, and other issues. Ideally, this cooperation would formalise new trade agreements, investment packages, financing, and regulations to expand the share of the global economy that is open to non-Chinese technologies and frameworks.

Europeans, for their part, will need to enact domestic reforms to protect themselves from economic coercion in a world of gated globalisation and weaponised interdependence.

While much of the attention now is on China’s crackdown in Hong Kong and repression of the Uighur minority in Xinjiang, there is an even bigger shockwave approaching. Western leaders must not be caught off balance again.

The End Of Western Dominance? 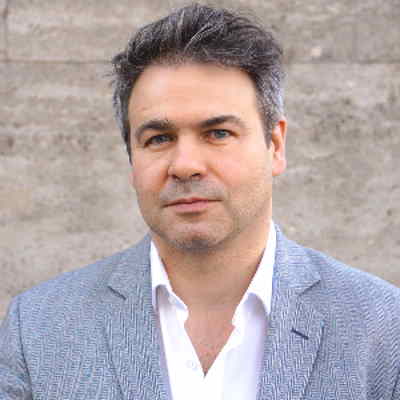 Mark Leonard is Co-Founder and Director of the European Council on Foreign Relations.