This week, Russia officially recognized the independence of Donetsk and Luhansk in eastern Ukraine. By withholding the promised severe sanctions in response to this move, the United States (US) and its NATO allies have signalled that they are willing to accept a permanent Russian occupation of Crimea and a semi-frozen conflict in eastern Ukraine if that is what it will take to prevent open warfare.

For a time, the West’s position could well result in “No War, No Peace,” the phrase that Leon Trotsky famously uttered as he stormed out of the Brest-Litovsk peace conference with Germany in 1918. And yet, it is far more likely to fulfil Winston Churchill’s famous riposte to Neville Chamberlain in 1938: “You were given the choice between war and dishonour. You chose dishonour, and you will have war.”

By continuing to signal its willingness to negotiate with Vladimir Putin, the West is telling Russia’s president that he is playing a winning hand, just as Chamberlain did by sacrificing the Sudetenland to Hitler. The message being sent – that avoiding a large-scale war in Europe is more important than upholding Ukrainian sovereignty – is music to Putin’s ears. And he knows the tune well, thanks to the Western response to Russia’s annexation of Crimea in 2014 and to its invasion and carve-up of Georgia in 2008.

Putin has had one central goal in mobilizing Russian land, sea, and air forces to encircle Ukraine. He wants to reshape the European security architecture and derail NATO’s defensive promises to ex-Soviet states. To that end, Putin is bent on bringing Ukraine back into the Russian orbit (“Ruski Mir”) by any means necessary. He summed up his ruthless intentions in an especially crude fashion at a recent press conference: “Whether you like it or don’t like it, bear with it, my beauty.”

Why is Putin fixated on Ukraine?

As former US National Security Adviser Zbigniew Brzezinski explained in early 1994, “With Ukraine suborned and then subordinated, Russia automatically becomes an empire again.” By contrast, the emergence of a strong, prosperous, and democratic Ukraine, representing a viable alternative political model for Russians, would pose a significant threat to Putin’s legitimacy and continued grip on power.

But how can Putin render Ukraine subservient to his regime? An unprovoked invasion would implicate Russia in a war crime of potentially enormous proportions. While the outcome would be uncertain, the cost in blood and treasure would be massive. Putin must know that the body bags coming back from Afghanistan in the 1980s probably undermined Soviet rule as much as the USSR’s decrepit economy did.

Thus, by recognizing the independence of Donetsk and Luhansk and threatening a wider invasion of Ukraine, Putin is probably hoping to force through implementation of something like the deeply flawed Minsk II “agreement” on Russia’s terms.

Signed by Ukraine at gunpoint in February 2015, Minsk II would empower Russian proxies to rule (with overt Russian military and mercenary support) in the Donbas region as part of a federalized Ukraine. Under this legalized occupation, the Kremlin would be able to veto any national foreign-policy initiatives or reforms that are not in its interest. It would also have carte blanche to disrupt and foment permanent political chaos, enfeebling Ukraine’s economy and its democracy with it.

Though Minsk II, or any settlement that mimics it, would effectively destroy Ukraine’s independence, Western leaders (reluctantly) see it as a preferable alternative to all-out war. In this context, imposing only limited sanctions in response to Putin’s recognition of Donetsk and Luhansk can be read as a cynical means of applying pressure on Ukraine to capitulate. As usual, Ukrainians themselves are left out of the equation – as were Czechoslovakia’s leaders in 1938.

Since gaining independence in 1991, Ukraine’s defining moments have been the 2004 Orange Revolution and the Maidan revolution in 2014. Both were huge, spontaneous popular movements that prevented Ukraine from slipping back under the Kremlin’s thumb. Against this backdrop, it is no surprise that Ukrainians now see NATO membership as their best chance of maintaining independence. Ukrainians have never been so unified in rejecting a geopolitical future defined by Putin’s Russia, which has become their mortal enemy.

Given this resolve, Ukraine’s government, despite knowing that the country will be on its own in any fight with Russia, will undoubtedly feel compelled to reject the crippling Minsk II-like conditions and call Putin’s bluff. With every delivery of advanced Western defensive weapons to Ukraine, the probability of an all-out invasion lessens.

The additional deterrence inevitably will shape Putin’s military calculus, which is ultimately tied to his most important objective: his political survival. And Putin’s calculus would be altered even more if Turkey could be persuaded to join the Western sanctions coalition by closing off the Bosphorus to Russia until it demobilizes its forces on the Ukrainian border.

For reasons of logistics, cost, and the exposure of its far east, Russia cannot keep its forces in a constant state of readiness over many months on its western borders. Equipment will need servicing, and military conscripts’ one-year terms will end. If Putin has not ordered an outright invasion by mid-March, it is probably unlikely to happen at all, because the spring thaw will turn roads to mud, slowing tank movements.

And if Russia invades? As Colonel-General Leonid Ivashov, a retired but still publicly active former Russian commander, put it recently, launching an attack on Ukraine “will call into question the existence of Russia itself as a state” and will make “Russians and Ukrainians mortal enemies.”

Horrific though such an unprovoked invasion would be, a defensive war against seemingly formidable odds is winnable with the necessary military and economic means, and if public sentiment – in Ukraine and across the West – is harnessed to that end. Only by defending their right to exist as a sovereign state can Ukrainians, with unceasing support from the democratic West, truly build the country they want.

James Mackintosh contributed to this commentary. 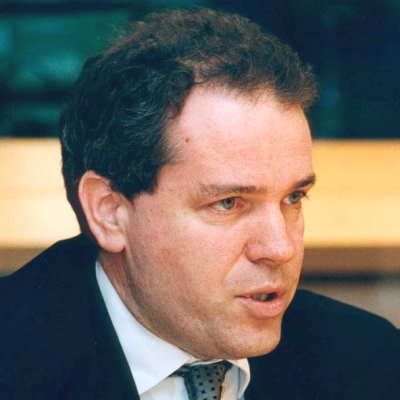 Charles Tannock, a former member of the European Parliament Foreign Affairs Committee, is a fellow at GLOBSEC, a think tank based in Bratislava committed to enhancing security, prosperity, and sustainability.