Ever since then-United States (US) National Security Adviser Henry Kissinger visited China in 1971, engagement with the People’s Republic has been a fundamental feature of US diplomacy. Yet the deterioration of US-China relations in recent years suggests that this policy may have reached its end.

Last week’s virtual summit between US President Joe Biden and Chinese President Xi Jinping can be interpreted as a last-ditch attempt to save the bilateral relationship. This is a positive step: engagement has played a crucial role in discouraging confrontation between the United States and China. That is why the US should recommit to engagement, but with an updated approach that takes into account an increasingly global agenda.

During the Cold War, the US envisioned engagement with China as a way to integrate the country into the international system, rather than containing or isolating it. In a 1967 essay in Foreign Affairs, future President Richard M Nixon argued that, “We simply cannot afford to leave China forever outside the family of nations, there to nurture its fantasies, cherish its hates, and threaten its neighbours.”

The end of the Cold War left the world in a historically unusual situation: the US was the world’s sole hegemon. The country’s foreign policy, including the export of democracy and liberal values, thus defined the global agenda.

This state of affairs gave rise to an effort to promote liberalisation in China. “A National Security Strategy for a Global Age,” issued by President Bill Clinton’s administration in 2000, described an approach to engagement focused on encouraging China to “undertake important political and economic reforms.”

Nowadays, engagement with China is not very popular among US policymakers. Former President Donald Trump’s administration rejected it outright. Some foreign-policy realists have echoed this claim, arguing that China’s accession to the World Trade Organization (WTO) in 2001 facilitated its rise as a strategic competitor to the US.

According to this view, the US was naive to think that economic liberalisation would bring political reform, let alone result in China becoming a responsible member of the international community.

This perspective has come to permeate American politics in recent years. At a time when Republicans and Democrats seem unable to agree on anything, they are united on the need for a tough China policy.

But this stance has a fatal flaw. Engagement is valuable not only for its ability to change China by spurring political and economic liberalisation. Engagement also shapes the international environment in which China’s rise occurs in ways that discourage the country from confrontational behaviour.

In fact, US-China engagement has created the necessary, albeit insufficient, conditions to forestall conflict. By deepening bilateral trade and investment, engagement has entangled the two economies to an unprecedented degree. Exports to China supported 1.2 million US jobs in 2019, while the Rhodium Group estimates that at the end of 2020, US investors held US$1.1 trillion in equities issued by Chinese companies.

As Joseph S Nye has argued, the deterrent effect of interdependence increases the costs of confrontation for both, the aggressor and the victim. For example, in 2010, the Chinese People’s Liberation Army (PLA) urged the government to sell some of the country’s dollar holdings to punish the US for selling arms to Taiwan. The People’s Bank of China (PBOC) pushed back, citing the potentially large costs to the Chinese economy. The government sided with the PBOC.

But while economic interdependence may help to deter confrontation, it will not necessarily lead to cooperation. This much has been clear during the COVID-19 crisis. As the pandemic unfolded, the US and China failed to forge a common response, resorting instead to mutual blame, propaganda wars, and conspiracy theories.

In this context, it is vital that the US and China adopt a framework for engagement that is oriented towards solving global problems and supporting cooperation even in times of disagreement. A detailed framework on science and technology, developed by Carnegie Mellon University’s Valerie J Karplus, suggests a strategy of embracing low-risk, high-reward opportunities for cooperation in times of tension, and pursuing more ambitious initiatives when relations are in better repair.

At the same time, the US and China must embed a principle of regularity in their relationship. In uncertain times, confrontation will most likely happen by accident. To mitigate this risk, the two powers should heed the advice of former US Secretary of State George Shultz, and commit to “tending the diplomatic garden” – that is, treating diplomacy not as an ad hoc pursuit, but as a habit.

In the post-Cold War period, the US approach to engagement with China suited the times. But the US is no longer the world’s only superpower. In the coming era, the US will be one of two superpowers surrounded by geopolitically relevant middle powers. This means not only that the US must change its approach, but also that middle powers – which represent a larger share of the world economy than the US and China combined – must contribute to managing the Sino-American rivalry.

Engagement will therefore have to become a shared responsibility, requiring other actors to step up. This would have a positive impact on international security, leaving humanity in a better position to face the pressing global challenges we face. 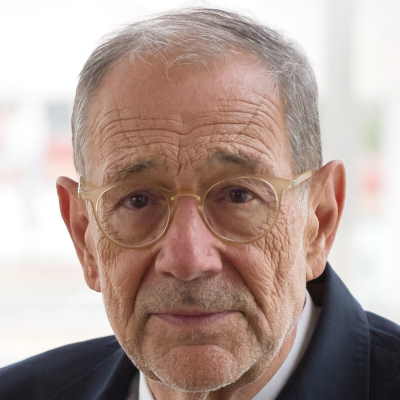