Few good things will come out of the COVID-19 pandemic, which has now killed more than 2.2 million people worldwide. But one possible silver lining could be serious prison reform – including in Malaysia.

In September 2020, an initially small COVID-19 cluster, centred around the Lahad Datu police headquarters and Tawau prison on the island of Borneo, quickly exploded into the biggest cluster of Malaysia’s second COVID-19 wave, infecting 1,146 people. And in the current third wave, at least 23 of the country’s prisons have reported a disproportionately high rate of COVID-19 infections.

As of December 2020, 1,160 of Malaysia’s 66,791 prisoners were infected, along with 125 prison staff and family members. By the first week of 2021, Malaysia’s overall caseload had doubled, with new prison clusters occasionally accounting for up to 20 percent of daily new cases.

Prison-related infection clusters in Malaysia and elsewhere appear to share one common cause: overcrowding. According to the World Prison Brief, at least 118 countries have exceeded their maximum occupancy rate.

Such congested environments, with poor sanitation and overstretched medical facilities, are hotbeds of communicable disease. Trapped behind bars, prisoners are helpless to protect themselves from outbreaks of both mild and severe infections, ranging from the common flu and scabies to tuberculosis and now COVID-19.

But a pandemic can be an opportunity to right systemic wrongs. In January 2021, the COVID-19 crisis prompted members of Malaysia’s parliament from across the political spectrum, including me, to establish the first All Party Parliamentary Group (APPGM) on Reform of Prisons and Detention Places.

Risk-mitigation strategies such as enhanced cleaning protocols and hygiene, efficient COVID-19 testing, and access to vaccination programs are vital to tackling the pandemic in prisons.

Encouragingly, the Malaysian government’s joint committee on vaccine procurement has announced its intention to include high-risk groups such as prisoners among the first cohorts to be vaccinated – one of the APPGM’s top priorities.

But prison overcrowding renders other pandemic-mitigation measures – especially physical distancing – almost impossible. Decarceration, or early release, then becomes just about the only option for managing overcrowding and rapid COVID-19 transmission in prison.

The pandemic has led to the release of a significant number of prisoners in some countries, including Indonesia (39,000), Turkey (45,000) and Iran (70,000). Similarly, the Malaysian government has announced a scheme to release about 11,108 prisoners.

Other than release through the Licensed Release of Prisoners mechanism, prisoners are also being absorbed into rehabilitation centres, where, with private-sector support, they will receive training in construction, carpentry and plantation work.

Moreover, to reduce systemic overcrowding, the Malaysia Prison Department has, since 2019, wanted to release on parole at least 75 percent of the country’s 22,000 eligible inmates. But the power to act resides with the minister of home affairs, and despite pronouncements made, so far only 500 prisoners are known to have been released.

Plans and targets notwithstanding, policymakers often do too little too late on prison reform. Longstanding systemic challenges reflect chronic underfunding and policy neglect. Improving prison infrastructure and upgrading medical facilities are necessary steps, but need time, planning, and additional resources. Overcrowding, on the other hand, can be solved relatively efficiently with available means.

Above all, policymakers should couple immediate prisoner releases with coordinated training and support programs to prevent recidivism and re-incarceration. Several projects in Malaysia have shown promise.

For example, the Prison Department established a partnership with Microsoft and local non-profit organisations to develop a digital-skills program for juvenile prisoners, enabling young offenders to acquire valuable information-technology know-how while serving their sentences. As a result, 100 young inmates were admitted to university programs, leading to their early release.

Adopting a rehabilitative, rather than retributive, approach to prison management effectively breaks the cycle of poverty, cruelty, and violence that often leads to imprisonment in the first place. Mechanisms such as release on license, work-release schemes, home leave, and counselling programs all crucially depend on successful rehabilitation – in line with the Prison Department’s official mandate of “spearheading correctional support.”

Countries with prison systems that focus strongly on rehabilitation, such as Norway and Sweden, boast some of the world’s lowest recidivism rates. Norway, for example, applies “restorative justice,” which seeks to remedy the harm caused by the crime.

Inmates are given opportunities to train and learn new skills in a supportive environment, with prison officers acting as role models and mentors. Similarly, in Sweden, rehabilitation centres on the need to treat inmates “like human beings, not like criminals,” which has resulted in the closure of many prisons across the country.

The COVID-19 pandemic has not only highlighted systemic inequities, but also provided governments with an opportunity to change their approaches to tackling them. Malaysia and other countries should seize the chance to reverse the trend of prison overcrowding, promote restorative justice, rehabilitate prisoners, and change societies’ mindsets.

We are duty bound to protect the dignity of all human lives, and ensure that incarceration during a pandemic is not tantamount to a death sentence. Instead, the COVID-19 crisis could offer a much-needed second chance to those behind bars – as well as to those in power.

Packed Prisons In The Philippines 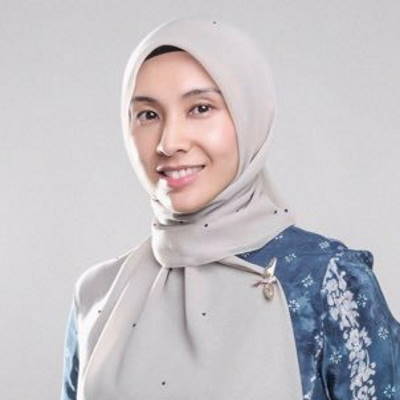 Nurul Izzah Anwar is a member of the Malaysian parliament.