Looking at the economic landscape at the start of 2022, one cannot help but notice the emergence of new obstacles to a robust recovery. The United States (US), Europe, China, and others face a growing list of remarkably similar short- and longer-term challenges.

The pandemic remains the most immediate concern. Without full global vaccination, new COVID-19 variants will continue to emerge, potentially forcing governments to renew partial or full lockdowns. The coronavirus thus represents a permanent drag on the recovery.

A second challenge is the blockage of global supply chains, which, together with supply-side shifts in labour markets, has created persistent inflationary pressures unlike anything seen in over a decade. Without cross-border efforts to resolve supply bottlenecks and shortages, central banks may be forced to curtail today’s surging demand by tightening monetary policy.

Another common issue is the complex task of properly regulating the digital technologies and sectors that now account for an increasingly large share of most economies. Regulators in Europe, the US, China, and India have been intensifying their efforts on this front, writing new rules for data security, access, and usage, and launching investigations into potential abuses of market power, especially by the mega-platforms.

As the financial sector shifts to digital payments and currencies, and as new entrants emerge in credit, insurance, and asset-management markets, there is an urgent need to adapt regulations to ensure fair competition, access to valuable data, and financial stability.

It is no secret that a substantial share of incremental wealth creation in recent decades has occurred in technology sectors such as e-commerce, payments, fintech, and social media. The result has been high concentrations of new wealth, which in turn raises concerns about undue influence over policy. Such worries are particularly evident in the US and China, even though the two countries have very different systems of governance, and thus different channels through which influence is exercised.

Similarly, although the terminology differs in the US and China, both countries are struggling to reverse rising income and wealth inequality and declining social mobility. In the US, many politicians speak of delivering more inclusive growth. In China, the government has launched a new campaign to achieve “common prosperity.”

Heated debates in both countries about how best to pursue these goals reflect concerns that an excessive or overly narrow approach to redistribution could adversely affect economic efficiency and dynamism. The similarity between these national policymaking efforts suggests that the US and China have a common interest in establishing new rules of engagement in the global economy and the financial sector.

Both must adapt to the new realities implied by the digital revolution and shifting global power balances. There is also a clear need for new agreements to limit the offensive use of digital and cyber technologies, and to free up benign cross-border flows of technology (in health, education, and other sectors) that are at risk of being blocked by national-security considerations.

Finally, there is the global challenge of climate change. Without the free and frictionless movement of the necessary technologies and financing, the world will have no chance of limiting global warming to 1.5 degrees Celsius above pre-industrial levels. Here, too, success will depend on whether the US and China can work together.

With so many common challenges, one might have expected the world’s leading powers to pursue a difficult but reasonable balance between strategic competition and strategic cooperation. After all, both China and the US would benefit from acknowledging that they have compelling common interests, not just unavoidable disagreements.

But, for the most part, this has not happened.

Although US President Joe Biden and Chinese President Xi Jinping recently agreed to carve out space for cooperation on climate change and the energy transition, the US nonetheless has doubled down on strategic competition, citing national-security concerns. We are still a long way from enjoying the free flow of technology needed to reduce global emissions to net-zero by mid-century.

Worse, attitudes on both sides are hardening, with each government settling into a comfortable but unproductive certitude that it occupies the moral high ground. In the US, it is no longer assumed that China’s system of governance will either fail or morph into some version of democratic capitalism. Policymakers in both major parties now believe that China owes its rise to its persistent refusal to play by the rules.

On the Chinese side, US strategy is seen as an effort to impede or even reverse China’s economic and technological progress. America’s partisan polarisation and social divisions are presented as evidence of a failing political and economic system.

Meanwhile, the global economy continues to experience at least four major structural transformations: the multi-dimensional digital revolution; the push for clean energy and environmental sustainability; major breakthroughs in biomedical science and biology; and the rise of Asia.

All four developments bring major opportunities for improving global welfare across many different dimensions; but each also will involve disruptive transitions that require major adaptations to existing global institutions and frameworks.

Under these circumstances, we don’t really have the luxury of focusing exclusively on competition or picking fights for domestic political gain. The risks to global health and prosperity are too high.

Escaping the dangerous path of competition without cooperation will require sustained leadership on both sides and from all sectors of society.

There is no guarantee of success, but there is no alternative to trying. 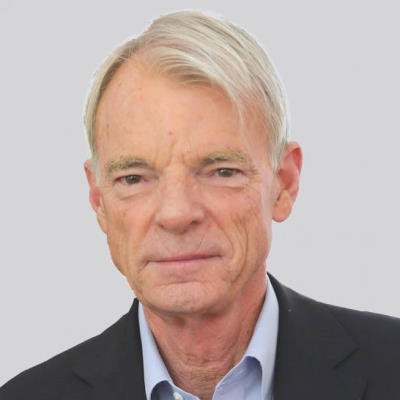 Michael Spence, a Nobel laureate in economics, is Professor of Economics Emeritus and a former dean of the Graduate School of Business at Stanford University. He is Senior Fellow at the Hoover Institution, serves on the Academic Committee at Luohan Academy, and co-chairs the Advisory Board of the Asia Global Institute. He was chairman of the independent Commission on Growth and Development.