“Over the past hundred years, the Communist Party of China (CPC) has united and led the Chinese people in writing the most magnificent chapter in the millennia-long history of the Chinese nation,” President Xi Jinping declared at the CPC’s centennial celebration, in a speech that emphasized the Party’s role in driving China’s success, including its economic rise.

But the CPC’s economic record is actually mixed, and even those who recognize this often overlook that its successes and failures stem from the same economic fundamentals. Xi is right that, under the CPC’s leadership, China has achieved the “historic leap” from one of the world’s poorest countries, with “relatively backward productive forces,” to a middle-income country with the world’s second-largest economy.

What he left out is that this record is marred by major failures, such as the Great Leap Forward (1958-62), which led to the largest famine in human history, and decades of strict family-planning laws that contributed to an escalating demographic crisis.

The CPC’s ability to mobilize resources effectively has enabled it to provide large-scale public goods that helped to drive development. Most notably, the Party made massive investments in public health and education, beginning in the early 1950s.

As a result, China achieved among the fastest-ever sustained increases in life expectancy at birth, from 35-40 years in 1949 to 77.3 years today. School enrolment rates also soared, from 20 percent to near-universal at the primary level, and from six percent to about 88 percent at the secondary level. Literacy rose from 20 percent in 1949 to 97 percent today.

In the post-1978 reform era, the state also invested in transportation and renewable energy. Between 1988 and 2019, the total length of Chinese expressways increased sixfold; they now exceed the length of interstate highways in the United States (US).

Moreover, China has built 50 third-generation nuclear power plants, and has been approving six to eight new reactors per year. And it recently announced an ultra-high-voltage electrical grid. Such efforts will be guided by the ambitious pledge to ensure that wind, hydro, and solar power account for 25 percent of primary energy consumption in China by 2030.

This ability to mobilise resources to invest in public goods on such a large scale reflects one of the CPC’s greatest strengths. It has the political power to push through economic policies that are good for overall growth, in areas where private investment would be sub-optimal. Health care, education, renewable energy, and infrastructure undoubtedly contribute to economic growth and create significant social value.

But the people who gain are not always the same as those who pay. While educated and healthy people are more economically productive, the parents who made the relevant investments don’t necessarily reap the rewards. Renewable energy benefits future generations but hurts local economies that depend on coal today. New highways benefit newly connected populations, but farmers lose their livelihoods as their land is requisitioned for the new road.

These are textbook examples of how the divergence between private and social valuation can lead to sub-optimal investment. Without government intervention, not enough investment is made. But whereas private interests might be able to press their case in some countries, the CPC has the power to impose its policy decisions in China.

And while decisive political leadership has often boosted progress, the scale and intensity of Chinese policy implementation mean that when policymakers get it wrong, the consequences can easily prove calamitous.

This happened during the Great Leap Forward, when the collectivization of agriculture forced peasants to cultivate crops without financial compensation or private property rights. The distorted incentives made it difficult both to maintain production and to track regional output and capacity.

The ensuing Chinese Great Famine resulted in 22-45 million deaths in just two years, and the economy stagnated, with China experiencing zero or negative annual growth for the next two decades.

China’s fertility policy threatens to create another serious problem. When the People’s Republic was founded in 1949, it had a population of 540 million. Then the CPC implemented pro-natal policies, such as limiting access to contraception, and the population grew to 841 million by 1971.

But, with China having recently endured famine, the CPC then moved to restrict fertility, with the extreme one-child policy lasting from 1979-2016. The population continued to grow during that period, and stands at 1.4 billion today. But the one-child policy increased the old-age dependency ratio substantially, and contributed to a highly male-skewed sex ratio.

The implementation of the Great Leap Forward and the CPC’s family-planning policies – like its investments in health, education, renewable energy, or physical infrastructure – rested on the Party’s ability to spur grassroots mobilisation to convince followers and coerce stragglers. But there is an important distinction in economic fundamentals.

Most of the benefits of agricultural production and fertility are absorbed by the individuals paying for them; the social and private values are very similar. When individual interests are aligned with social needs, there is little need for state intervention.

Add to that implementation challenges – including assessing how much food a farmer should produce or how many children a family should have – and interventions in these areas are not just unhelpful; they are extremely costly.

Xi’s centennial address devoted a lot of attention to the Party’s plans for the future and its goal of “building China into a great modern socialist country in all respects” by 2049, the 100th anniversary of the People’s Republic. To succeed, the CPC will need to use its political power to push through economic policies.

One hopes, however, that it will exert power judiciously, focus on public goods where the social value is much higher than private value, and leave the rest to the Chinese people. - Project Syndicate 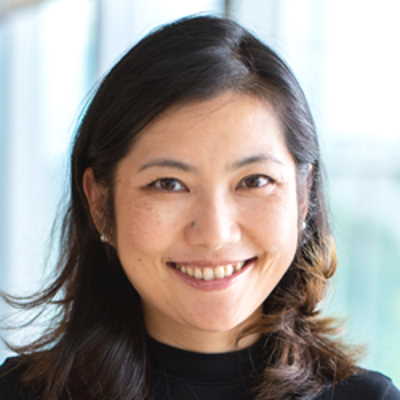