By the time COVID-19 reached South Asia, it had already penetrated most other regions of the world. Pakistan was one of the first in the region to be hit. In late February, Shia pilgrims who had come in contact with Chinese pilgrims while visiting holy sites in Iran brought it home with them. Not long after, Indian expatriates visiting from the United States (US) carried the virus to India. Yet the responses of the two governments were very different.

Both countries took lessons from others’ approaches. For India, that meant implementing a sudden Chinese-style blanket lockdown on its 1.3 billion residents, after the number of confirmed cases reached 500. Pakistan, by contrast, took its cue from the US, where President Donald Trump’s administration, always eager to shirk responsibility, left the response largely up to state governors and mayors of major cities.

When Indian Prime Minister Narendra Modi announced the nationwide lockdown on 24 March, he sounded confident. The measures, which would take effect just four hours after the announcement, were supposed to “break the chain of infection.” India, he declared, “would emerge victorious.”

The downsides of Modi’s approach immediately became apparent. Millions of day labourers were suddenly out of work. Migrant workers fled the cities to their home villages, often on foot.

By April, total job losses had reached an estimated 122 million. The number of migrants who had returned to their homes had risen to some half-million – the country’s “largest mass migration since independence,” according to Amitabh Behar, the chief executive of Oxfam India. Food shortages have been widespread, despite government nutrition programs.

Seeing the pain caused by the lockdown, Modi’s government began to relax the restrictions, on a conditional basis, in late April. Long-distance train and bus travel were revived. Commercial and manufacturing activities were also allowed to operate, though with some restrictions. (The hardest-hit regions are set to reopen this month.)

With that, infections began to climb, especially in Mumbai and New Delhi – the country’s two largest cities. By the time Modi made his next televised address in May, he sounded far less confident. “The virus will remain part of our lives for a long time,” he conceded.

To be sure, the lockdown did slow the rate of infection. In March, the number of cases was doubling every three days; now it’s every 12 days today. But India still has nearly 344,000 confirmed cases – placing it fourth in the world. Some predict that the number will reach nearly one million by mid-July. Though India has kept its death toll lower than some – with just under 10,000, it currently ranks eighth in the world – the total could soar as the rickety health-care system is overwhelmed.

The economic consequences of the lockdown could be similarly dire. Goldman Sachs predicts that India’s economy will shrink by 45 percent on an annualised basis this quarter, and suffer its most severe recession since 1979 this fiscal year (ending on 31 March, 2021).

Pakistani Prime Minister Imran Khan took a very different approach, leaving the management of COVID-19 in the hands of the provincial governments. Unlike Modi’s Bharatiya Janata Party (BJP), Khan’s Pakistan Tehreek-e-Insaf party lacks a parliamentary majority, and some parties in his governing coalition opposed a nationwide lockdown. Khan himself recognised that such a lockdown could cause unemployment to skyrocket.

The government of Sindh, Pakistan’s second most populous administrative unit, opted for a total lockdown – a decision rooted in its status as the preferred port of entry and departure for the country’s 10 million expatriates. But other provinces chose to remain open.

The federal government did not, however, stand by idly while states did all the work. Instead, it launched a massive program of cash transfers to the poor to ensure that people could retain access to basic necessities. Past experience has taught Pakistan that such transfers, which are deposited directly into people’s bank accounts, are less prone to corruption and leakages than food give-away programs.

Another lesson from past experience is that women are more likely to use cash aid to buy basic needs for their families, channelling 90 percent to that end, compared to men’s 50 percent. So, Pakistan’s COVID-19 transfers were channelled especially toward poor women by opening bank accounts in their names.

Such efforts have meant that, in some ways, Pakistan has fared better than India. Most notably, it is not expected to experience an economic downturn nearly as severe as India’s. Yet its infection rate has been high: as of 16 June, Pakistan has nearly 15,000 confirmed COVID-19 cases and just under 3,000 deaths.

The major sticking point in Pakistan’s COVID-19 response was religion. Though Pakistani politics are generally secular, the country’s imams remain influential, and they successfully lobbied the government in April to allow congregational prayers.

During the holy month of Ramadan, which ended on 28 May, religious gatherings became larger and more frequent. Mosques failed to enforce measures that experts agree are vital to stem the spread of COVID-19, including social distancing, the use of face masks, and a ban on prayer mats.

Mullana Hafiz Muhammed Iqbal Rizvi, the imam at the Jamia Mosque in Rawalpindi, summed up the rationale: “This is the house of God. It is our responsibility to make sure more and more people will come here.” Unfortunately, the result was a spike in COVID-19 cases.

Whereas India emulated China – which seemed to get COVID-19 under control rather quickly – and is paying the price economically, Pakistan followed the lead of the US, which has the world’s highest number of cases (and counting). Its infection rate (per million) is the highest in South Asia – 2.5 times higher than India’s. But its economy has suffered less. For both governments – and for many others – that trade-off is certain to remain acute. Indeed, India has now thrown off its lockdown in a bid to restart its economy, with the result that the rate of infection is soaring once more. 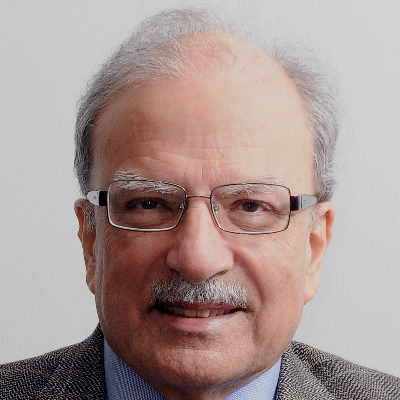