The 2014 coup d’état in Thailand was successful because the country’s military had immense power and enjoyed strong support. This power has been embedded in almost all aspects of Thai society for a long time giving the military the capability to design and change political structure at will. Looking closely at the coup d’états of 1991, 2006, and 2014, we can see that the Thai military institution propagates a "dual state" that claims to build national security for all Thai people.

The people’s movement is now actively campaigning to amend the 2017 Constitution Law to give more power to the people to self-govern, and to participate in policy-making. This is to limit the military’s alleged influence in different levels of Thai society.

The general election on 24 March, 2019 saw eligible voters who had just turned 18 take a stand for the first time in their lives, but they were ultimately disappointed. The junta and the Election Commission and Constitutional Court dissolved the Future Forward Party (FFP), a new pro-democracy party in a February 2020 ruling on the charge that the party had violated election laws regarding a loan it had received from its leader.

The FFP has proposed progressive political policies such as restraining military power, decentralising bureaucracy, and improving social and economic equality which appealed to the working class and the youth. As a result, the FFP was able to win 80 seats in the House of Representatives. The eventual dissolution of the party caused extreme anger among the younger generation of Thais which resulted in protests in various universities at the time.

Protests after the coup of 2014 reflected the fact that people who had grown up under military rule had to live in a depressed atmosphere due to the lack of freedom. They had limited opportunity to express themselves or to participate in politics. When people are given no opportunity and are faced with injustice, they will come out to voice their anger. The ongoing COVID-19 pandemic situation has also generated a similar response as well.

Announced as measures to contain the coronavirus outbreak, a state of emergency decree has caused even more anger among the younger generation of Thais, as it is construed by them as another attempt to contain their freedom of expression.

The coups of 1991, 2006, and 2014 have common points that have been used to form a platform by the campaigners for the 2017 Constitution Law amendment. One of the most discussed issues is that of the military being an obstacle to democracy. It has now been six years since the coup d’état of 2014, and the military institution in Thailand now wields considerable influence and power within the Thai political structure.

Some scholars refer to this as a "dual state" which means that the military institution is an empire that does not want to share power with the people. Instead, they share benefits with their cronies. The military budget in Thailand has been sharply increased. While in office, it is alleged that the junta has rewarded its cronies and supporters. When dissidents cried out against this alleged behaviour, they were suppressed by the use of national security laws.

It is alleged that there is also an element of class division within the military service as part of its propaganda in maintaining national security.

For example, the recent tragic story of Sergeant Chakkraphan Thomma who went on a shooting rampage in a shopping mall and killed 29 people in Korat city on 8 February, 2020. The bloody event was a classic example of class conflict between low-ranking soldiers and high-ranking officers. Sergeant Thomma is believed to have had a business dispute with his commander and was allegedly cheated in a land deal. Sadly, his anger at being cheated ultimately sparked the rampage.

Another example of this alleged class division can be seen in the treatment of military recruits. It is believed that a number of new recruits are often used as servants for colonels and generals, doing all kinds of housework for them. It gives a clear picture of the administration inside the military institution. It is common for those with rank and privilege to treat their subordinates unfairly. This is not limited to the military, as bureaucratic agencies in the country also share a similar culture.

One tragic example of the military’s influence in the Thai justice system, was the case of a southern judge, Kanakorn Pianchana who shot himself in court in the Deep South province of Yala in October 2019 to protest against Thai injustice. He eventually killed himself at home in Chiang Mai in March 2020. Kanakorn posted a 25-page statement online describing his concerns about senior officials interfering in his case.

Kanakorn had acquitted five Muslim suspects in a murder case at the time. He said he had been ordered to sentence three to die and give the remaining two life sentences. He said he wanted to address the lack of clear and credible evidence by saying that “the judicial process needs to be transparent and credible… punishing wrong people makes them scapegoats.”

The military regime is like fibrous root that is embedded in Thai society because its influence spreads across ministries, the bureaucratic system, and local governments to even villages and in universities.

The current Constitution Law of Thailand has established a parliament of two houses, with elected MPs and appointed senators. Though on the surface it may seem that the people’s rights and liberties are guaranteed as in any democracy, the reality is a far cry from that. As senators are appointed by the junta, the head of the junta usually becomes the Prime Minister without having to contest in an election ensuring that the junta has control of parliament.

The prohibition of assembly and the submission of demand are obstacles for workers seeking redress from their employers. To illustrate the point, when workers are unable to negotiate directly with their employer, they would usually resort to holding a rally. When this happens, a number of soldiers would show up, claiming that they are there to keep the peace and maintain order. As a result, the rally is usually cancelled.

Some unions solve problems by suspending the submission of the demand. It would seem that government officials want to discourage workers. The inability to mobilise workers due to the military’s influence over the bureaucratic system puts workers in a difficult situation.

Thai workers began to feel even more hopeless when the COVID-19 outbreak started in January. When the authorities imposed a state of emergency and lockdown in March 2020, the government did not sufficiently support workers who were affected by the shutdown of businesses. Many workers were faced with the threat of bankruptcy and death from the virus.

Some subcontract workers with poor conditions of employment, such as female security workers, female airport workers, female cleaners in restaurants and shopping malls were reported to have committed suicide due to delays and inefficiencies related to the government’s 5,000-baht (US$158) cash handout scheme.

The government’s imposing of a state of emergency to combat the spread of the COVID-19 virus has also led to massive worker layoffs. However, the state of emergency decree has been extended until the end of August and will indirectly curb the right to organise worker rallies and assembly.

Thai Judge Shoots Himself In Court 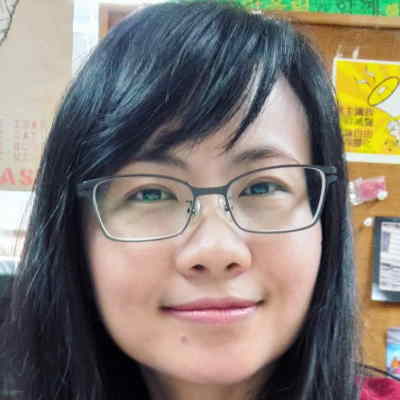 Patchanee Kumnak is a labour activist in Thailand. She was a speaker at the Thai Politics After COVID-19 online seminar on 22 May, 2020 on the occasion of the sixth anniversary of the 2014 coup, which was organized by the Committees of Campaigning for the People's Constitution (CCPC).