Elections tend to bring differences to the fore. That is certainly true of the United States’ (US) recent presidential election. Among the most bitterly contested elections in the country’s history, the outcome will have profound implications for many aspects of US policy. And yet there is one issue on which both parties seem to agree: the need to “stop” China.

The US government – and, increasingly, the European Commission (EC) – now largely believes that China has secured its economic and technological gains unfairly, thanks to its government’s pervasive influence over the economy. Geostrategists often push this view, imagining that a government can achieve technological superiority by investing in the fashionable sectors of the day.

But a more thorough analysis shows this to be misleading, at best. The most “successful” grand economic-development plans usually go with the grain, focusing largely on targets that, given the economy’s fundamentals, would be achieved anyway. Crediting state intervention when those targets are met is thus inappropriate.

Japan provides a cautionary tale here. During its post-1945 growth spurt in the 1970s and 1980s, the Ministry of International Trade and Industry (MITI) acquired an almost mythical global reputation for the apparent success of its efforts to channel resources toward strategic sectors. Many countries were advised to emulate its model.

But in the 1980s, Japan’s real-estate bubble burst, and growth slowed significantly. As it turned out, many of the sectors MITI supported had not actually succeeded. What had really been driving Japan’s growth was not MITI’s prescience, but a high savings rate and the rapidly increasing education level of a disciplined workforce – much the same factors that have driven China’s development.

Until fairly recently, China’s leaders seemed to understand the limits of state intervention. In fact, the Communist Party of China’s (CPC) general advice to authorities was to scale back the state’s involvement in the economy, because state-owned enterprises (SOE) generally remain far less efficient than private firms, and only about one-third as profitable.

And yet, while SOEs continue to underperform, compared to private firms, China’s leaders have radically changed their views on intervention. Now, the conventional wisdom is that the country owes its progress – and, indeed, its emerging global dominance – in some high-tech sectors to the state’s guiding hand.

The true driver of China’s success, however, is its high savings rate – nearly 40 percent of GDP, or more than twice the rate in the US and Europe. This gives China massive resources for investment in establishing the fundamentals for technological leadership. Notably, the country has made enormous investments in improving both the quantity and quality of education.

Regarding secondary education, China has already fully caught up with the West in attendance. And testing by the Organisation for Economic Co-operation and Development’s (OECD) Program for International Student Assessment suggests that Chinese secondary-school students are far better at solving problems than their American or European peers.

Moreover, tertiary education – the real key to technological leadership – has exploded in China over the last two decades. According to the US National Science Foundation, China now produces more than twice as many engineers, and more peer-reviewed science and engineering publications, than the US.

Similarly, it has surpassed the European Union (EU) in spending on research and development, and on current trends, it should catch up to the US over the next decade (some think it already has).

The US is haunted by the spectre of a technologically dominant China – and keen to ensure it never materialises. And yet, given China’s fundamentals, there is little the US could do to hamper, let alone arrest, its progress. Huawei is just one example of a firm that has capitalised on China’s pool of millions of engineers to develop new products. Even if the US manages to destroy Huawei, many other Chinese high-tech companies are destined to emerge, driven by the same talent.

The so-called dual-circulation strategy that is set to shape China’s next Five-Year Plan is perfectly in line with the aforementioned fundamentals. As China’s economy grows, it is naturally becoming less reliant on exports, and its newly minted engineers will master a growing number of technologies. In other words, the government’s plans for the coming years would probably materialise, even without state intervention.

By contrast, the US strategy – which begins with an economic “decoupling” from China – has little chance of success. To be sure, the decoupling itself might be feasible. But it would also be counterproductive.

Trade always implies a two-way dependency. And while the US might like the idea of being “liberated” from China by severing trade ties, it would pay a high cost for “liberating” China from it.

Shutting Chinese suppliers out of the US market provides an implicit subsidy to higher-cost producers. Ultimately, the effect of reducing bilateral trade would be equivalent to that of Trump’s failed tariffs against China: an implicit tax on US consumers.

And for what? Limiting China’s access to some key US technologies might make a difference in the short term, but it is unlikely to slow down China’s development appreciably. The sheer scale of the human and financial resources China will be deploying over the next decade means that it is well positioned to dominate many high-tech sectors, with or without US inputs.

The conclusion is clear: The next US administration should accept China’s continued economic and technological rise. It may not like the idea of China overtaking the US – a milestone that will probably be reached within the next decade. But further attempts to stave off that outcome would be not only futile, but also very costly. 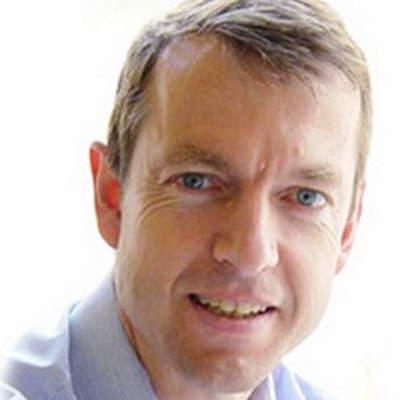 Daniel Gros is Director of the Centre for European Policy Studies.