In what was expected to be an uphill battle, Vietnam’s containment of the COVID-19 crisis has left little time for recognition on the world stage. While decisive central government response successfully beat back the pandemic’s viral challenges, authorities are now facing the real and present dangers of climate change. The moment provides an opportunity and imperative to explore renewable energy for less carbon-intensive growth.

The nation knows all too well, that it is among the most vulnerable nations to climate change impacts. From Vietnam’s 1800-mile-long coastline along the East Sea, to landslides in the northern mountains, to rising sea levels in the Mekong Delta, the nation’s extreme weather events are taking their toll.

Vietnam recognises the urgency in supporting the 2030 Agenda for Sustainable Development, the UN Framework Convention on Climate Change (UNFCCC), and the Paris Agreement (COP21).

The World Bank has singled out Vietnam as one of six countries most severely affected by climate change. As such, Vietnam is at a tipping point as it ramps up its ability to meet its energy needs and reduces its reliance on coal-fired power generation.

Vietnam’s death toll from the pandemic has remained low. In contrast, the nation’s rising air pollution levels and severe tropical storms have resulted in increased hospitalisations and deaths.

The ocean level has already risen 20 centimetres over the past three decades and may increase by a further 75 centimetres by 2050. This will lead to a flooding of 40 percent of the rice bowl in the Mekong Delta.

Policy makers are asking themselves what steps or lessons they can apply from their successful combat against COVID-19 toward the climate associated risks. Just as authorities called for a community wide compliance with the closing of borders, masking, and social distancing; the ingrained collectivism among its citizens, allows for a broad and clear messaging about the environmental threats. This may translate into improved management of the nation’s natural resources.

Few experts dispute that raising the awareness levels of Vietnamese people can and will insure sustainable development of the country. However, available information about the country’s climate situation is limited, unstructured and difficult for the major population to access and understand.

Credit should be given to Vietnam’s newest eAtlas project. A team of research scientists are making available a series of atlases of the nation’s climate conditions using multiple images and sources derived from satellites.

His team of five, comprised of other oceanographers, a meteorologist and IT expert, is now building a ‘wire grid’ to deliver climate change views through graphical tools to every corner of the country. Of course, Nguyen admits that collaborations are essential to achieve this goal.

During the pandemic, Vietnamese authorities quickly discovered that social media can be adopted for value-added science related campaigns. The government’s next transition step may include the promotion of greener habits and green technology. Simply put, a green economy offers lower carbon use, saves resources, creates jobs, eradicates hunger and reduces environmental risks.

With a population approaching 100 million and annual gross domestic product (GDP) growth expected to rebound to seven percent, Vietnam has forecast power generation needs to rise from 47,000 megawatts (MW) to over 60,000 MW this year and 129,500 MW by 2030.

Unfortunately, Vietnam’s consumption of coal continues to rise and grew 75 percent over the past five years, faster than any country in the world, according to a research paper by the Harvard Kennedy School’s Ash Center on Vietnam. In fact, its coal imports surged in the first half of 2020 to fuel the number of coal-fired power plants.

The crossroads between economic development and environmental protection has resulted in citizen-led vigilance of the country’s conservation and sustainability practices. Climatologists and environmentalists are slowly succeeding in heightening awareness of a green recovery, that is leading to accountability, the mitigation of climate change and the monitoring of industrial pollution.

It helps that the government has issued new policies to encourage the development of renewable energy, set targets for renewable energy and provided production research for eco-driven pilot models, like solar and wind development.

Vietnam knows that it must take the same bold action that was initiated to curb the transmission of COVID-19. Policy planners realise the country has large untapped renewable energy potential for solar and wind.

The adoption of these renewables offers a cleaner environment and puts the country in line to meet its Paris Agreement targets. Should government policy continue to support renewables while making wind and solar better and cheaper, these renewable energy sources can challenge coal as Vietnam’s biggest electricity source by 2030.

With the world under pressure to set tougher climate targets and ahead of critical climate change talks in November 2021 at the United Nations Climate Change Conference (COP26) in Glasgow, it’s another opportunity for Vietnam to showcase its leadership in Southeast Asia in its fight to overcome the impacts of future pandemics and climate change. 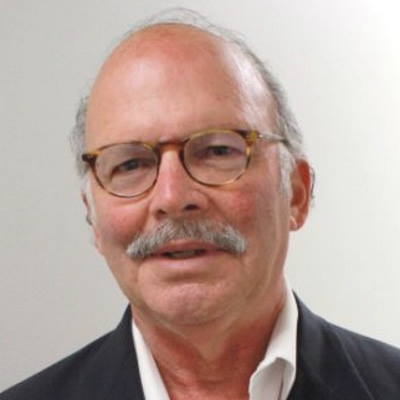 James Borton is an independent writer and researcher, who has been reporting on Southeast Asia for three decades.