With Vietnam starting its chairmanship of the Association of South East Nations (ASEAN) this year, it is worth exploring ideas to reinvigorate and reenergize the bloc from a perspective of its citizens, specifically through the lens of its youth.

Is the bloc capable of coming up with transformative and out of the box ideas that can match the aspirations of millions of youths living in Southeast Asia; offering them a vision, hope and a common platform to hone their skills for a shared prosperous future?

Following Thailand’s 2019 chairmanship centred on sustainable development, Vietnam has branded its chair this year with the theme “Cohesive and Responsive ASEAN”.

From a youth perspective, what does a cohesive and responsive ASEAN really mean?

Does it imply new safety nets to help unemployed and disadvantaged youth have a chance to jump out from the poverty that has entrapped their families into seemingly unbreakable cycles of exclusion and marginalisation?

Perhaps a cohesive and responsive ASEAN for the youth of the region means a new regional scholarship program for the most talented students, an initiative that could be promoted by a stronger, more visible and active ASEAN Secretariat?

Funding could be pooled from the bloc’s wealthiest members, i.e. Singapore, Malaysia and Thailand, who can generously take lead; empowering a revamped Secretariat equipped with a stronger mandate and the financial instruments to positively impact the lives of millions of students.

A cohesive and responsive ASEAN could, for example, bring a regional university level student exchange program into existence modelled around the European Erasmus. Or perhaps a stronger, more united ASEAN, could champion a regional volunteering program, not run, as till now, on a “one off’ basis but driven by a long-term plan thanks to a progressive, future-oriented policy framework.

There is no doubt that the ASEAN Community has, at least on paper, bold plans and nothing less than that should be expected by one of the most advanced projects of regional integration.

Yet real challenges ahead remain and a precondition to a prosperous social and economic and eventually political community, is to find a way to turn ASEAN into a truly citizen-centred community of nations that put its youth first.

If any visionary strategic thinking happens during the current chairmanship, it would be truly wise to put youths at the centre of it.

Vietnam could use the year at its disposal to lead discussions on youth empowerment; building new foundations that future chairmanships can build on.

To start with, heads of state in the region should be invited to seriously reflect about the milestones achieved in terms of regional integration since the ASEAN Community was formed on 31 December, 2015.

Apart from preliminary discussions to hold a football World Cup in the region, what transformational decisions have happened in the last four years that justify the existence of a community of nations?

What are the visible changes now from when ASEAN was just an “association” founded on 8 August, 1967?

So far how many youths have developed a true sense of “commonness” that helps them consider themselves as the core pillars of a community where national identities thrive alongside a common regional one?

Has the new community allowed youth to have any leverage or power to shape such a process?

Vietnam has emphasised till now the bloc’s responsibility in maintaining regional peace, security and stability.

Investing in joint programs for the youth of the region could be a first important step to lay the foundations for a safe, stable bloc that has the political ambition to become the richest region in the world, not for just a few of its citizens but for the vast majority of them.

Another opportunity of having a youth-driven regional future will come from the region’ determination to achieve the Sustainable Development Goals (SDGs).

All the national governments in the bloc will work in the years ahead on their Voluntary National Reviews (VNR), a self-driven evaluation of their efforts to implement the goals.

Reaching the goals implies an effort that will have to balance national contexts and unique priorities and circumstances with a common vision.

The youth can make a true difference here at national and regional levels as well.

While the bloc is supposedly marching on the implementation of its ASEAN Community Vision 2025, we need some leapfrogging in strategic planning and start imagining how ASEAN will look like 20 years from now with sustainable development driven by the new generations as a core priority.

As mentioned by the Economic Research Institute for ASEAN and East Asia (ERIA) in its ‘Asia Vision 2040: Towards a Bolder and Stronger ASEAN Community’ report, a prosperous region will depend on leaving no one behind, ensuring shared opportunities for all and guaranteeing major investments in the domain of social development, including “robust social protections”.

What could be done during this unfolding year to generate a common understanding to move ahead with efforts in shaping a truly regional prosperity that is sustainable as well as prioritises its youth?

Will Vietnam be able to nudge leaders of the region to endorse new plans that embolden their youth to think that their future will be better, providing them with more opportunities of self-development and emancipation and projecting them towards full and meaningful employment and an engaged civic life?

These are the key questions for the new Vietnamese Chairmanship and other regional leaders.

It is paramount that Vietnam will be bold enough to set in motion a process of regional development with youth in the driving seat.

Massive new investments in their development must be a priority. National governments, even the most prosperous ones, cannot do it alone.

Only a bold and progressive ASEAN that invests in its youth can propel the region towards achieving its ambitious goals. 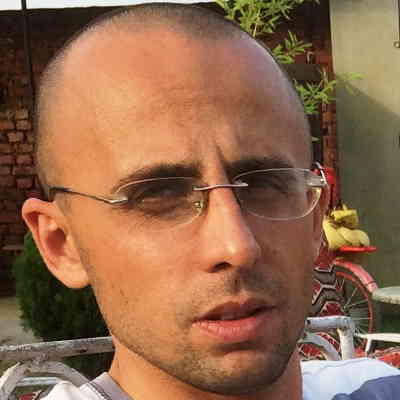 Simone Galimberti is the Co-Founder of ENGAGE, an NGO based in Nepal, promoting social inclusion and empowerment among youth.