The disruptions brought by the COVID-19 pandemic have emphasised the need to transform our economies and to restart economic growth by making it inclusive, green and fair. Delivering on these expectations will require new “markets of tomorrow,” niches of technological and socio-institutional innovation that enable the creation and exchange of new products and assets.

The World Economic Forum (WEF) has identified 20 of these markets in our new report, "Markets of Tomorrow: Pathways to a new economy." Here’s a look at exciting developments in some of these markets.

Some countries are experimenting with the creation of fully-fledged data markets. For example, Singapore is building the elements of a full ecosystem that would allow actors to seamlessly exchange and aggregate datasets available within the country. It is investing in both, the technological infrastructure and the institutional set up to allow companies and consumers to exchange data in a decentralised way, assessing the value of their data assets and clarifying the legal rights that underpin each exchange.

Sir Tim Berners-Lee, founder of the internet, is also working on a new set of technological protocols to decentralise data holdings and allow true data ownership and exchange by individuals. A number of companies around the world such as Enigma, Datum, HIT Foundation, Datawallet, IOTA Data Marketplace, DX Network, Steamr, DataBroker Dao, HODA, Killi – are all developing ways to create data markets and give back to individuals the value and control of their data.

Researchers are modelling the development and use of genes and DNA sequences – the code of life – along the lines of the source codes and algorithms of the digital world.

On the one side, genetic resources are being codified as proprietary assets through patents, trade secrets and copyright. On the other, institutions such as the BioBrick Foundation have set up frameworks to create an “open market” for genes and DNA sequences in the form of open registries and standards for interchangeability.

Electric vehicles have been on the rise thanks to strong public sector support. Toyota launched its first vehicle with a hybrid engine in 1997, while Tesla entered the market in the early 2000s and delivered its first mass-market commercial product almost a decade later, thanks to a loan of US$465 million from the United States (US) Department of Energy.

The next wave of adoption has been led by Chinese producers, including specialised ones such as Byton, Kandi, Nyo and Zhidou, supported by the ambitious programmes of the Chinese government for the electrification of the mobility industry. With three different EV technologies that today coexist in the market – full battery EVs, hybrid EVs and plug-in hybrid EVs – a number of companies (including Ford, Tesla and Toyota) have decided to open up their pools of EV-related patents in an attempt to boost the global industry and shape its technological standards.

A similar approach has been taken in the development of Hyperloop-based transport systems, which also promise to make movement of people and goods faster, cheaper and more sustainable. Conceived by its founder Elon Musk as an open-source project and initially presented as a concept note in 2013 by a team of researchers at Tesla and SpaceX, Hyperloop has quickly become a global, collaborative endeavour involving a number of companies and researchers that are further developing the technology.

The open-source nature of the technology has accelerated progress, fostered the development of a competitive productive sector and started a standardisation process to ensure full safety and future interoperability across producers.

A number of companies and governments are betting on clean hydrogen (the so-called blue and green hydrogen) as an alternative option for cleaner transportation, heating and power generation. The European Union (EU) is working on the establishment of the European Clean Hydrogen Alliance to accelerate investment in the production of clean hydrogen and to foster demand.

More than 90 global companies are now part of the Hydrogen Council, launched at the WEF Annual Meeting in 2017 to catalyse global action toward the transition to hydrogen technology. Meanwhile, the first international price index for hydrogen was launched in December 2019 by S&P Global Platts, with assessments at various production locations for grey, blue and green hydrogen. Similar to other commodities, these valuations will help the establishment of a mature market.

Greenhouse gas allowances have been the most successful example of incorporating environmental externalities into new financial products. Voluntary markets for the exchange of gas allowances have been set up at an early stage by groups of industries, including the Keidanren in Japan (in 1996) and more than 400 US companies affiliated with the Chicago Climate Exchange (in 2003).

The EU has been a pioneer in introducing compliance, regulatory-based markets for emission allowance (as of 2005), followed by nine North-eastern US states in 2009, California in 2013, the Republic of Korea in 2015, and China by the end of 2020.

A similar approach is being experimented to manage water resources; establishing a clear system of rights or credits tied to the use of water, which can be traded in a dedicated market. Where they have been implemented, these rights and credits have been designed differently but can be broadly grouped into three categories: water ownership rights, water use rights, water quality credits.

Faced with chronic water scarcity, Australia has been one of the pioneers in launching water-trading schemes.

Today, the Murray-Darling Basin – the largest water basin in the country – has a developed water trading system in which rights worth US$1.4 billion are traded every year. The Fox Canyon Groundwater Management Agency and The Nature Conservancy have received a grant from the US Department of Agriculture to develop a cap-and-trade water market, launched in 2020.

In September, in collaboration with Nasdaq, CME Group, a securities exchange group specialising in financial derivatives like futures, launched a water futures contract based on the Nasdaq Veles California Water Index.

A new set of markets are shaping up to provide solutions to the urgent and growing need of reskilling and upskilling workers. The effectiveness of reskilling services – most recently supported by a number of technological tools – has remained limited and mostly skewed towards highly-skilled workers. A well-established market for edtech and reskilling services struggles to emerge in most countries.

Some governments have been scaling up their efforts to support the different actors of the reskilling market ecosystem. The SkillsFuture programme in Singapore is making funding available to workers to take trainings and courses while also providing vouchers and other forms of support to grow a number of high-quality training service providers, with a strong role played by universities.

As part of its Reskilling Revolution Platform, the WEF has established a Skills Consortium with some of the leading edtech service providers that aims to elevate online learning as an effective, accepted and scalable pathway to learning and employment.

EXCLUSIVE: Virgin Hyperloop One In Asia? 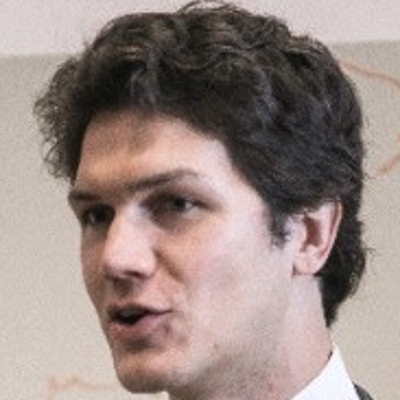