Each time a regional process risks impacting ASEAN’s role in driving the wider regional architecture, ASEAN proponents would warn of ASEAN’s centrality under siege. The formation of the Trans-Pacific Partnership Agreement was a case in point. The latest episode relates to the movements propagated by members of the Quadrilateral Security Dialogue or Quad in developing a nascent Indo-Pacific region that some observers view as an affront to China.

For years, ASEAN supporters have reasoned vehemently that integrating, rather than segregating, China into ASEAN’s ambit of cooperative mechanisms would help socialize China into a responsible regional actor. The naysayers often argue otherwise, pointing to China’s assertiveness in the South China Sea disputes as a classic example.

Undoubtedly, ASEAN countries have benefited greatly from a closer economic relation with China. But this benefit comes with a cost.
The socialization of China had hardly led to a wholesale subscription of ASEAN’s ideals. On matters of national importance to China, Beijing was able to sow disunity in ASEAN.

In 2012, ASEAN countries failed for the first time to issue a joint communique due to the disagreement on the text related to the South China Sea disputes. In addition, it has been 19 years since ASEAN and China issued a joint declaration on the conduct of parties in the South China Sea and there is practically very little to show for. Neither did any of the claimants exercise self-restraint in their activities surrounding the disputed islands nor adopt a code of conduct as declared.

ASEAN centrality, as Amitav Acharya aptly points out, is a synonym to ASEAN as the leader, driver, architect, institutional hub, vanguard, nucleus or fulcrum of regional cooperation in the wider Asia-Pacific. It is engraved in the ASEAN Charter as one of its key purposes and principles. Simply put, it is about positioning ASEAN at the centre of regional architecture that would allow it to set the scope and depth of regionalism in its relations with regional and major powers.

Yet, China has proven it is capable of picking ASEAN apart when it wants to. The problem is ASEAN is far from being united despite the recurring mantra of “unity” appearing in all of its statements and documents. Instead of assuming the mantle, it breaks down on pertinent issues that require its utmost leadership. It continues to hold tight to the ‘ASEAN Way’ anchored on consultation and consensus that proponents argue are critical for its survival, yet it is the very same norm that has limited its ability to inject substance into the broader regional processes that it helm.

ASEAN is more of a provider of form than a driver of substance. Its extra-regional platforms such as the ASEAN Plus 3 (APT), East Asia Summit (EAS), ASEAN Regional Forum (ARF), ASEAN Defence Ministers’ Meeting Plus (ADMM-Plus), and Expanded ASEAN Maritime Forum (EAMF) are avenues for dialogues that are dependent on the participation and support of its dialogue partners.

The formation of the ARF, for example, was a response to calls from non-ASEAN countries for an Asian version of the Conference for Security and Cooperation in Europe (CSCE) for fear of marginalization. And as the only security forum with North Korea as a member, it played second fiddle to the Six Party Talks where key decisions were made.

These extra-regional platforms and the fervour of inserting the word ‘centrality’ into most, if not all, of ASEAN Plus statements and documents are probably due to the unending worry of being sidelined. It is a constant dilemma of small states entangled in a chessboard of great power competition. Dialogue partners play along, mostly paying lip service to the word. 10 years ago, the late Surin Pitsuwan urged ASEAN to move beyond what he calls the “centrality of goodwill” to the “centrality of substance”. Not much has changed, however.

When the Free and Open Indo-Pacific (FOIP) strategy begin to materialize, ASEAN countries scrambled to respond by issuing its ASEAN Outlook on the Indo-Pacific (AOIP) in 2019, highlighting the EAS as a platform for Indo-Pacific cooperation. Perceptibly, Japan would not need to work hard to convince the US and rally support from India and Australia to pursue the FOIP strategy if the EAS or any other ASEAN-led platform is dependable, or ASEAN truly has centrality. The fact of the matter is major powers are willing to support ASEAN’s cause if it is in line with their interests but would not hesitate to pursue their own course of action if and when necessary.

Without strong internal unity, a single voice and a decision-making mechanism that is not held hostage by the ASEAN Way, ASEAN will be the centrality of goodwill at best.

Perhaps, rather than overreaching itself and trying to claim control beyond its own region, it would be more meaningful to dial back several notches and focus on addressing internal injustices such as the Rohingya issue and enforced disappearance, wrestling democratic backsliding, expanding civic spaces, empowering the minority and marginalized communities, and genuinely transforming the organization into a truly people-centred and rules-based Community. 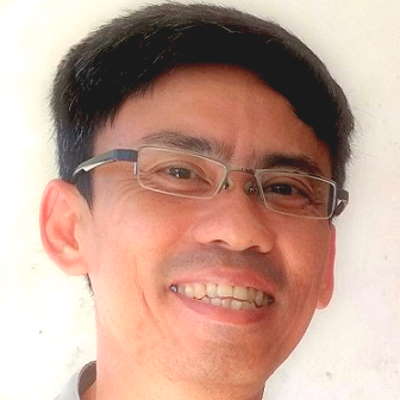 Benny Teh Cheng Guan is an Associate Professor at the School of Social Sciences, Universiti Sains Malaysia (USM).