According to a 2009 study by Aurel Croissant and Christoph Trinn – professors at the Heidelberg University in Germany, Southeast Asia by global comparison is a region particularly prone to conflicts. The region’s diversity of culture, colonial history, social structure, political systems, and economic orientations are among the multiple factors that can explain the prevalence of conflict in the local, national, and regional levels.

In 2016, Mikio Oishi, currently Associate Professor in Peace and Conflict Studies at Universiti Malaysia Sabah in East Malaysia, argued that the establishment of the Association of Southeast Asian Nations (ASEAN) has contributed to the reduction of both inter-and intra-state conflicts in the region. However, the pandemic has incremented the condition of socio-economic inequality and has increased the likelihood of political instability in some Southeast Asian nations.

The events following the military coup d’état in Myanmar, the pandemic aid corruption scandal in Indonesia and the Philippines, the growing protests in Thailand, and the continuing repression of political dissidents in Cambodia may spill over to their protracted issues on separatism, ethnoreligious conflicts, and democratic backsliding.

The pandemic has been excessively used as a staple justification for authoritarian-leaning governments to acquire emergency power and monopolize the discourse, planning, and implementation of addressing their country’s prolonged and current issues.

Peacebuilding, specifically the application of a hybrid and deliberative approach, should be exerted. Broadly, the hybrid approach integrates local stakeholders with their knowledge and insights into the actual practices of conflict resolution and mitigation. This is a highly collaborative form of peacebuilding that re-allocates the location of power equally among the state, international institutions, local community leaders, and even the people who have been directly affected by conflicts.

The deliberative approach then aims to create an environment where the exchange of ideas, information, and insights will not be dominated by a single entity, and the decision-making process should ensure the integration of every peacebuilding stakeholder’s major standpoints.

Peacebuilding is a multidisciplinary engagement that does not only respond to immediate violence and post-conflict settings but aims to utilize a wide range of instruments and platforms geared toward the prevention, mitigation, and transformation of conflicts. The state clearly remains an integral actor to initiate and implement societal reforms but must learn to accommodate the demands and input of non-state actors especially the civil society sector.

In our present era of interconnection and interdependence, societal problems have become immensely complex to understand and solve, and thus the state no longer holds the monopoly of knowledge and insights to formulate and facilitate solutions. The insistence of state-centric approaches in addressing diverse forms of conflict would only lead to the emergence of new and unintended problems and could make the country vulnerable to state fragility.

According to the 2021 Fragile State Index (FSI), Myanmar scores 93.8 percent indicating the high vulnerability of state deterioration. Despite the constitutional referendum in 2008 that aimed to pave the way for democratic reforms, the release of political prisoners, and the accommodation of Aung San Suu Kyi in senior-level government positions, Myanmar’s FSI scores since 2006 continue to stay within the range from 90 percent to 98 percent.

Even in a constitutional republic and presidential form of government, such as Indonesia and the Philippines, the separation of powers between the three major branches of government has become obscured, and thus impeding the opposition side’s and relevant public offices’ intent to pursue peacebuilding in addressing the issues of conflict in Aceh and Mindanao.

In the context of Southeast Asia, during the early years after World War II when most nations have gained their independence, governments lacked the formal capacity to define and manage their territories and were characterized by the inadequate understanding and enforcement of the rule of law which have led to weak institutions, political instability and the proliferation of human rights abuses. Hence, the state has been accustomed to behave and act unilaterally in addressing issues on bureaucracy and governance.

However, in this current global economic and socio-political climate, state-building alone with its conventional discourses and norms may not be sufficient to bring positive trajectories and outcomes.

The utility of peacebuilding with its hybrid and deliberative approaches enables non-state actors particularly civil society organizations, local community leaders, labour unions, and advocacy-oriented individuals to develop their capacity and establish their socio-political capital in assisting the state’s responsibility of upholding the principle of checks and balances. 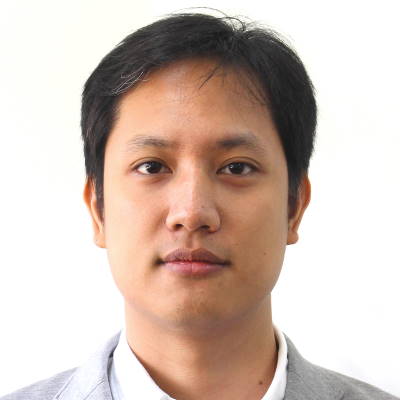 Jonathan Eli Libut is a PhD Researcher at the Institut de Sciences Politiques Louvain-Europe (ISPOLE) of the Université Catholique de Louvain in Belgium. His research interest is on the intersection of conflict, peacebuilding, security, and development in Southeast Asia, particularly in the Philippines.