For the past few weeks, the world has been observing a big moment for democracy in the United States (US), the Presidential election. Despite legal challenges on election results from President Donald Trump, as well as consistent support from his many voters, the outcome is clear and Joe Biden will assume office as the 46th President of the United States.

As a result, pundits are now rushing to present their thoughts and predictions on President-elect Joe Biden’s foreign policy direction for the next four years.

Many observers have forecast a reset on US diplomacy by the incoming Biden administration. This will include some major changes to strategies employed by the outgoing Trump administration. Nevertheless, American views on China are very likely to remain the same.

Biden’s specific concerns for China is well documented in the media.

“To win the competition for the future against China or anyone else, the United States must sharpen its innovative edge and unite the economic might of democracies around the world to counter abusive economic practices and reduce inequality”, he said in an article in Foreign Affairs, a magazine published by the Council on Foreign Relations in the US before the elections.

The article outlines plans pertaining to US democracy, economics issues, and the US’ role on a global level if he is elected to lead the country. With regards to China, he assesses that “China represents a special challenge” and “the most effective way to meet that challenge is to build a united front of US allies and partners to confront China’s abusive behaviour and human rights violations…”.

These statements from Biden are reassuring to the global community. The US will continue to stand firm against China despite his intention to cooperate with the Communist state on certain issues of common interests. This mechanism, however, would be different from Trump’s hard approach of publicly attacking China and complicating the situation further.

Some international relations scholars argue that the Sino-American interaction under Trump could possibly have led to a “Thucydides trap” where a war was likely to occur due to competition between a rising power and a major power in status quo. This might already be true as the “trade war” between Washington and Beijing could be considered a new type of warfare in the modern era.

The phenomenal rise of China and the response from the US is no longer just a bilateral issue. The complicated relations between the two superpowers has had significant implications on the international community, involving many actors in this ongoing clash.

The US has used China’s technological advancements in 5G to try and convince Europe and other countries that China is a threat to them. This has resulted in many projects on the continent led by Huawei, a Chinese telecommunications company, either being halted or cancelled completely.

Southeast Asia is no exception as the region is another front in the ongoing geopolitical battle between the US and China. The South China Sea dispute is the most visible dispute involving China’s historical nine-dash claims and America’s policy of freedom of navigation. As a regional bloc with several members as claimant states, ASEAN is attempting to address this particular issue. However, not much substantial progress has been made with regards to the Code of Conduct (CoC) for the South China Sea which was mooted almost 20 years ago.

The presence of the US in the disputed area has become a challenge for Beijing. Washington has made it clear that it “stands with its Southeast Asian allies and partners in protecting their sovereign rights”.

Furthermore, the US has applauded Indonesia’s actions against China’s “unlawful” acts in its sovereign waters. This was stated by Mike Pompeo, the US Secretary of State, during his recent visit to Jakarta at the end of October. Observers labelled his trip to South Asia and Southeast Asia as an “anti-China tour” as he consistently attacked China in every speech he made during the trip and urged countries to take the US’ side.

In responding to Pompeo’s remarks, Retno Marsudi, Indonesia’s Foreign Minister, clearly asserted that Indonesia will stay out of this rivalry. Indonesia’s stand on the matter is echoed by all 10 ASEAN member states and is centred on ASEAN’s policy of neutrality.

The concept of neutrality has been one of ASEAN’s core values since its inception and should guide the Association in the current climate of hostility between the two major powers. It is closely related to the 1971 Zone of Peace, Freedom and Neutrality (ZOPFAN) declaration which is becoming more relevant in today’s geopolitical situation in the region.

The document exemplifies a hope that ASEAN would not take sides when greater powers compete with each other while limiting interference of external actors in Southeast Asia.

Indonesia’s stance on US-China relations should serve as a model for other ASEAN member states. It is better for the Association to focus more on strengthening its unity and managing good relations with both, Washington and Beijing.

Welcoming the US-president elect, the regional grouping needs to be consistent in upholding the principle of neutrality. ASEAN must also prevent itself from becoming trapped in the middle of Sino-American contention which could possibly continue under the Biden administration.

Finding itself in the middle of a power struggle between two great powers is not a novel thing for ASEAN. Looking back, the Association had successfully circumvented a major division within the global community by remaining neutral during the Soviet Union-US Cold War.

That accomplishment and staying true to its core principles should serve ASEAN well as it weathers the unpredictable storm of international politics. 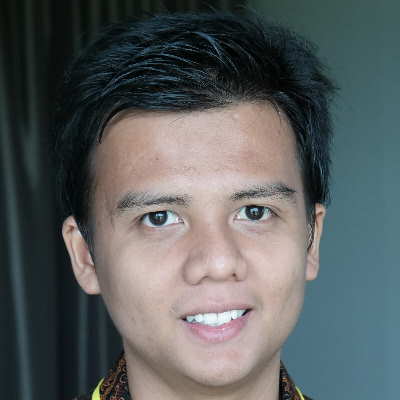 Rifki Dermawan is a lecturer in international relations at Andalas University, Indonesia. He holds a Master’s degree in International Relations from Bristol University in the United Kingdom. His research interests are in the area of ASEAN studies and non-traditional security issues.