Late last month, the American actor John Cena issued a grovelling public apology after having referred to Taiwan as a “country” in an interview to promote his latest film. Though he was using the term to refer to a linguistic media market with a discrete distribution channel, not to the status of the island of Taiwan in international law, the Chinese government would make no allowance for such distinctions.

What are we to make of this episode? Clearly, globalisation has gone terribly wrong. The speech restrictions dictated by China’s authoritarian government apply not just to China but also, and increasingly, to the outside world.

Even in my own day-to-day experience, I have noticed that far too many people now speak elliptically, elusively, and euphemistically about contemporary China.

I could do that, too. I could subtly point out that no empire has ever had more than five good emperors in a row, and that it is important for a society to preserve a place for well-meaning critics like the 16th century Chinese official Hai Rui, the early communist-era military leader Peng Dehuai, and the economic reformer Deng Xiaoping.

But I prefer to speak frankly and directly about the real issues that lie behind terminological disputes over Taiwan.

In my view, it is in China’s own interest that the government in Taipei remains the sole authority on the island, so that it can continue to follow an institutional and governance path that is different from that of the People’s Republic.

Likewise, it is in China’s interest that Hong Kong remains a second system. The government in Beijing ought to recognise that substantial regional autonomy, especially for areas with non-Han-majority populations, will serve its own long-term ambitions.

The appalling and tragic history of genocide, ethnic cleansing, and forced assimilation in the 20th century suggests that top-down, imperial Sinicization will sow resentments that will last generations and create conditions for serious trouble in the coming years and decades.

Humanity has grown up enough to know that diversity, regional autonomy, and cosmopolitanism are better than the alternatives. A regime that aspires to lead the world toward a brighter future should be especially cognizant of this.

Nonetheless, China’s current paramount leader, Xi Jinping, very much wishes to centralise authority in Beijing. Rightly fearing careerism and corruption in the Communist Party of China (CPC), he seeks not a Cultural Revolution but a Cultural Renaissance to restore egalitarian values and utopian aspirations across the leadership ranks.

Supremely confident in his ability to read the situation and issue the right commands, his main concern is that his orders won’t be implemented properly. The solution to that problem, he seems to have concluded, is much greater concentration of power.

But even if Xi has made the right tactical calculation for the current moment, his own senescence, together with the logic of how authoritarian command organisations evolve, all but ensure that his strategy will end in tears.

It is a huge mistake to ignore the benefits that come with more regional autonomy. Consider an alternative history in which the People’s Liberation Army (PLA) had overrun both Hong Kong and Taiwan in 1949; Sichuan had not been allowed to pursue pilot reform programs in 1975, when Zhao Ziyang was appointed provincial party secretary; and China’s centralisation had proceeded to the point that the Guangzhou Military District could not offer Deng refuge from the wrath of the Gang of Four in 1976.

It would be a basket case. Rather than enjoying a rapid ascent to economic superpower status, China would find itself being compared to the likes of Myanmar or Pakistan. When Mao Zedong died in 1976, China was impoverished and rudderless. But it learned to stand on its own two feet by drawing on Taiwan and Hong Kong’s entrepreneurial classes and financing systems, emulating Zhao’s policies in Sichuan, and opening up Special Economic Zones in places like Guangzhou and Shenzhen.

At some point in the future, China will need to choose between governmental strategies and systems. It is safe to assume that relying on top-down decrees from an aging, mentally declining paramount leader who is vulnerable to careerist flattery will not produce good results. The more China centralises, the more it will suffer.

But if decisions about policies and institutions are based on a rough consensus among keen-eyed observers who are open to emulating the practices and experiments of successful regions, China will thrive.

A China with many distinct systems exploring possible paths to the future might really have a chance of becoming a global leader and proving worthy of the role. A centralised, authoritarian China that demands submission to a single emperor will never have that opportunity. 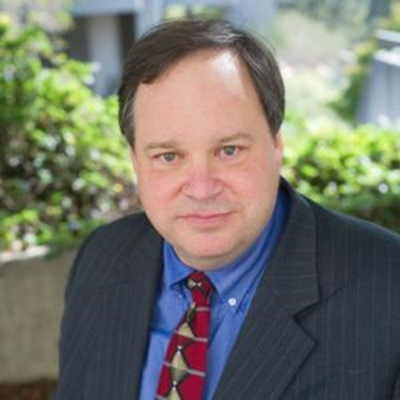 J Bradford DeLong is Professor of Economics at the University of California at Berkeley and a research associate at the National Bureau of Economic Research. He was Deputy Assistant US Treasury Secretary during the Clinton Administration, where he was heavily involved in budget and trade negotiations.